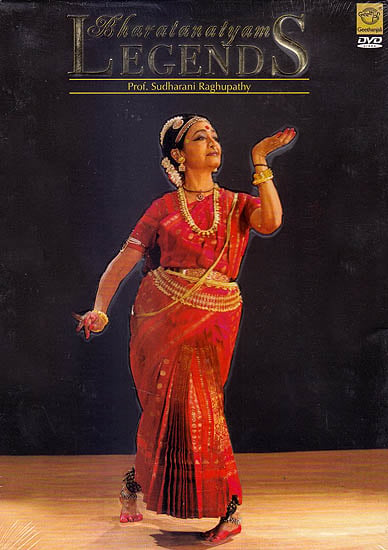 A unique and eminent artiste nationally and internationally honored and respected Prof. Sudharani Raghupathy is lauded as a living legend. Having completed 60 years in her journey in dance in August 2007 Sudharani is perhaps on of the rare Bharatanatyam dancers in India who has performed before the visiting dignitaries to India Since 1956. To mention a few Bulgamin & Krushchev Shah of Iran Emperor of ethipia king of Afganisthan, Chou en Lai, Ho Chi Minh and many others including a command performance for Pandit. Jawaharlal Nehru and Smt. Indira Gandhi. An A Top artiste of the Doordarshan Since 1976 her T.V. Serial bharatanjali an parreciation of Bharatanatyam the first of its kind on Doordarshan in 1981 (13 episodes in B&W) and 1989 (8 Episodes in color) is one of her superior contributions to dance. As an artiste of outstanding caliber she had the privilege of performing at the Unites Nations head Quarters in New York on Human rights day in December 1981 on an invitation from the then Secretary General Kurt Waldheim. She has been awarded the unique honor of Senior teaching Associate of Indian studies by the Colgate University New York in December 1995. Shree Bharatalaya an unique institution of fine arts founded by her in 1970 by Prof. Sudharani Raghupathy for the dissemination of culture. Her institution is perhaps the only one of its kind in the nation that has produced valuable resource material which is a unique contribution to the world of fine arts. A few of the prestigious awards conferred on her include Padma Shri (1988) central Sangeet Natak Akademi award (1984). Kalimamani (1981)