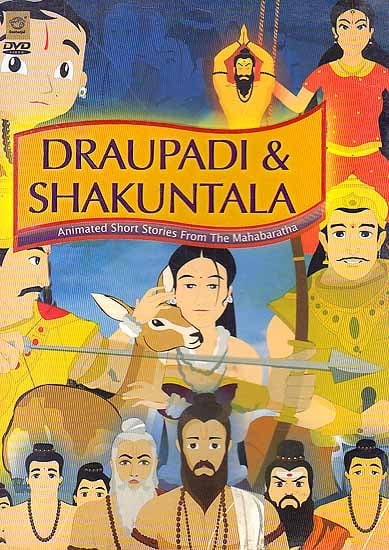 This is the renowned story of Draupadi’s Swayamwara and her marriage to and adventures with the five Pandava brothers. It recounts her humiliation by the Kauravas in the Royal assembly during the dice game held between Pandavas and Kauravas and describes how Lord Krishna protected her dignity. It also describes how Bhima disguised as the cook Valalan, kills the evil brother of queen Sudheshna-Keechaka, who Harassed Draupadi.

This is the poignant love story of Kind Dusyanta and the beautiful Shakuntala. Shakuntala and Dusyanta met in the forest fell in love and got married but soon the king had to return to his kingdom. Dusyanta left Shakuntala who was pregnant at the time with his ring as a symbol of his love. Immersed in thoughts of the husband Shakuntala committed the grave misdeed of ignoring a visiting sage. The enraged sage cursed her saying that her beloved would forget her until she produced a token of recognition. Shakuntala then went to Dusyanta’s court but sadly he didn’t recognize her and as she has lost the ring during her journey she could into even prove her story. Much later upon finding the missing ring the belly of a fish. Dusyanta remembered his lost love and was eventually reunited with her through his son Bharata who he met in the forest.