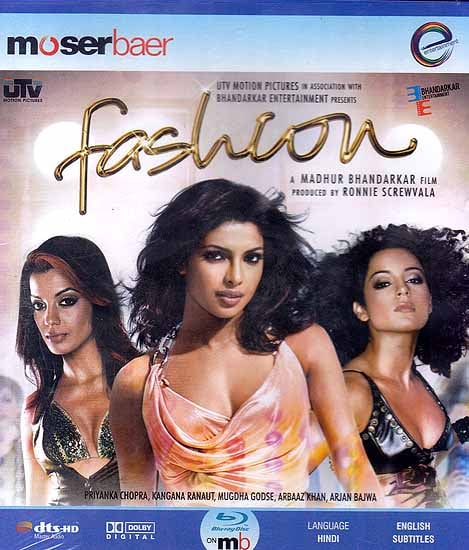 The journey of the rise and fall and phoenix like re-birth of Indian’s number one supermodel.

Set against the glittering backdrop of the glamorous but ruthless world of haute couture fashion, this tells the story of one small town girl with a dream and the determination of make it a reality.

“Fashion” explores the world of style through the emotional personal journey of the key people that make the industry-the dram-weaver of that elaborate world of glamour: the models, designers, photographers, businessmen, agencies etc. In the world of image- make-makers – is it possible to conquer it and remain true to yourself?

Caution: This Blue ray disc cannot be played on any VCD and DVD players. This Blu ray disc can be played back only on Blu ray enabled multimedia systems. Picture quality is a function of the original source material.