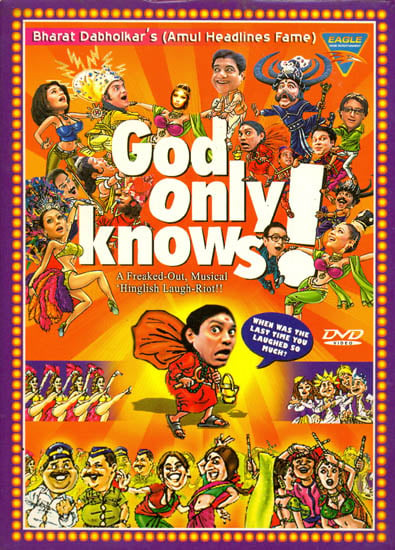 God Only Knows! (A Freaked- Out, Musical Hinglish Laugh-Riot!!) (DVD)

Fast-talking shifty eyed Chief Minister is due for surgery but develops complications and passes away. He is whisked away by Yumraaj, the God of Death, to the heavenly gates, where the Minister must make a choice between Heaven and Swarg. Heaven did not seem too colourful, so the Minister chose Swarg, full of song and beautiful dancing women. Once in Swarg, he meets with Lord Indra, and sets about expressing dissatisfaction about the way things are run in Swarg. He then sets about creating chaos and division to the bewildered inhabitants, into creating a opposition to Lord Indra, with hilarious and unpredictable results.