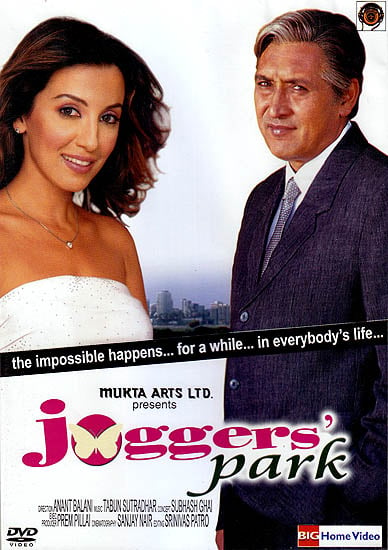 Jenny is a young beautiful vibrant girl and darling to everyone. She flits between galmoursou professions working as an executive in a five star hotel and also as popular model of the Mumbai advertising world. yet her traditional values remain intact. She sings and dances through her glittering world looking like a picture of joy even though her romantic past has been less then perfect making her mature beyond her years.

Justice J.P. Chatterjee has lived is life in a shell for the past 40 years. His life revolved around his duties as a judge. Period now after retirement he has taken up some extra curricular activities one of which is jogging. He meets with a beautiful young woman named jenny and is attracted to her. She needs his help in resolving an on going judicial matter. Chatterjee assists her by referring her to another lawyer and informing her that her current lawyer has been mishandling her matter in court. She complies with his instructions and wins the case and proclaims Chatterjee as her forth boyfriend. On the home front Chatterjee is asked to pronounce judgement on a male family who was involved in an extra material affair little knowing that he himself will be judged by his family when his affair with Jenny becomes public.