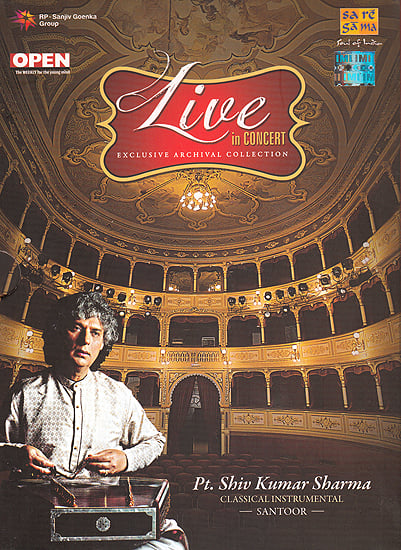 Born in 1938 Pt. Shiv Kumar Sharma is an artiste excellence. A stalwart of pure classical music Panditji has given a glimpse of his musical prowess even to the layman by composing music for Hindi Films.

The late Pt. Uma Dutt Sharma father of Pandit Shiv Kumar Sharma who himself was a renowned classical musician of the Benaras Gharana was a visionary who recognized the potential of this instrumental and initiated Shivji into developing the Santoor. Over the years the instrument has been suitably modified to create a niche for itself on the classical music platform. Thanks to Shivji’s stupendous efforts the Santoor is now capable of rendering every aspect of classical music be it the Alaap, Jod Jhala, Taan or even complex Laya patterens. The slide technique adopted by Shivji for producing a meend like effect in the Alaap part of his presentation generates a mesmerizing effect rare otherwise in a striking instrument Panditji’s music is meditative and has a calming effect on the listener.

Keen on perpetuating the tradition Shivji has been imparting knowledge to younger musicians. His son Rahul is a promising young musician having established himself as a discerning artiste of the present generation.

Besides the Sanget Natak Academy and the Maharashtra Gaurav Puraskar the Prestigious Padma Vibhushan too has been conferred upon Panditji.