Ocean of An Old Man: A Timeless Poetic Drama About Tsunami (DVD) 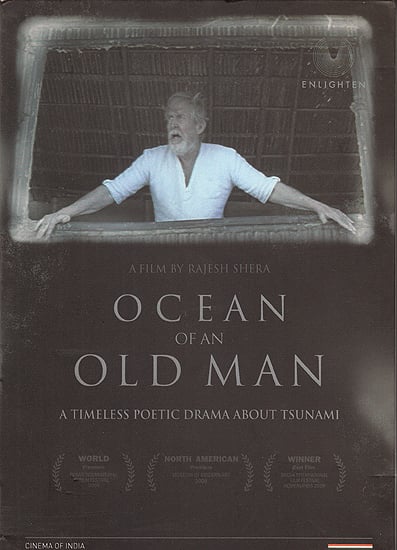 Ocean of An Old Man: A Timeless Poetic Drama About Tsunami (DVD)

$35.00
FREE Delivery
Quantity
Ships in 1-3 days
Notify me when this item is available
Post a Query
About the DVD

Tsunami changed lives of many but in the most devastating way possible. Here an archetypal schoolteacher loses his students to the mighty ocean storm that hits the shares. He embarks on a journey to find them and it lands him on a for bidden island. Once a school teacher now an old man living in an old dingy Japanese Bunker reminiscing the bygone days and unfailingly conducting classes under a solitary tree talking to the moon and the ocean. An outstanding performance by Tom Alter this film is one under rated gem.

Director’s Note
The human agonies which I witnessed there the aftermath of the devastations and similar tales of woe and loss that unfolded around the world remained with me even after I came back from the archipelago. The Andaman and Nicobar islands beckoned me back many more times.

The film took shape during my sojourns in those islands amidst the endless sea and the ruthless ruins. I felt that the pristine beauty of the exotic Andaman seascape was intensified by the pathos left behind by the Tsunami. Ocean and old man is not simply the story of the tsunami or the seas and one man. It is the stories that the islands had to tell me.