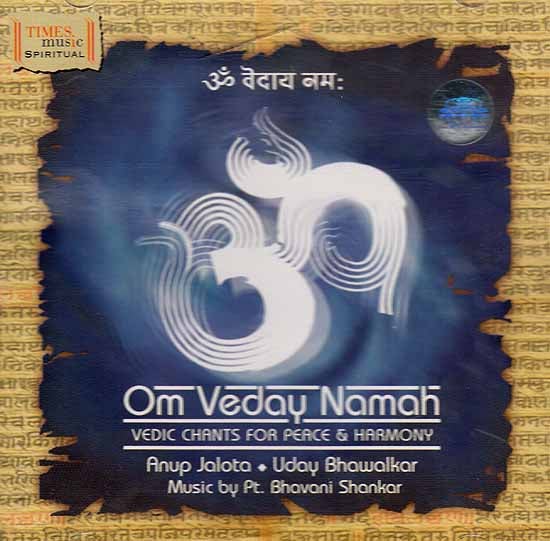 The onward progress of science and technology has had huge changes in our daily routines and living, leading to huge increases in stress, anxiety and tension amongst mankind. The enlightened amongst us will surely realize the importance of keeping in touch with our inner selves at this moment of great change and turmoil.

The vedic mantras and chants selected in the album are some of the most powerful and evocative mantras that may be found in the Vedas. Familiar to one and all, these potent vedic chants and mantras have favourable vibrations that dispel much of the tension and stresses of daily life, cleansing us from negative energies and impurities.

The sheer sound of these chants has a purifying effect, not only on our individual souls, but also on the immediate environment. The purifying effects of these mantras thus go on to enrich and harmonize the body, Come, give in to the power to Vedas!

Born into a musical family with strong ties to the Jaipur Gharana, Pt Bhavani Shankar was trained by his father, Pt Babulalji, a maestro of Kathak, Tabla and Pakhawaj. His first public performance was at the age of 16, accompanying the superstars of their generation, Sitara Devi and Kishan Maharaj! Since then, his incredible versatility has led him to accompany legends from the Indian film industry and most world renowned classical musicians and vocalists of our time. His genius is not restricted to pakhawaj playing alone, Pandit Bhavani Shankar is equally famous for his music direction and compositions for many successful movies and has produced landmark audio-recordings in various Indian regional languages, be it devotional, folk or popular.

Born in Jaora, Madhya Pradesh in 1966, Uday Bawalakar started on his journey into Indian Classical at the age of 8. Later he continues his training under the great drupad maestro Ustad Zia Fariuddin Daga. One of the foremost young stars of the Drupad tradition, Uday Bawalkar has performed in many important music festivals in India and abroad. In 1987, he received the National Scholarship for Dhrupad at the hands of Ustad Nasir Aminuddin Dagar.