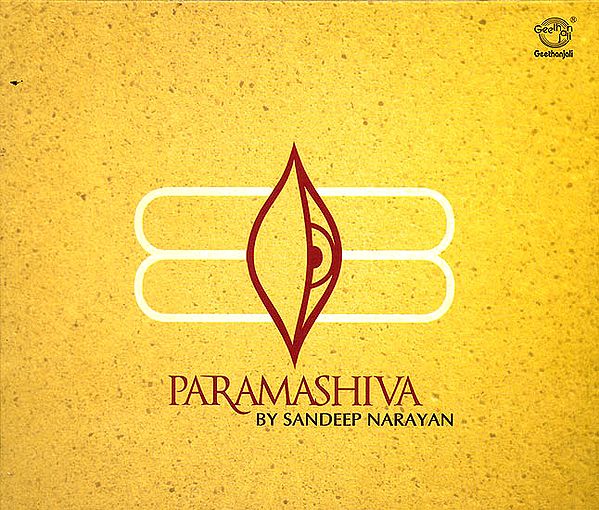 Paramashiva, or the ‘Supreme Being,’ is seen in many different forms, especially through song and dance. Often referred to as the destroyer or transformer of the Hindu Trinity, Lord Shiva is also one of the most complex and fascinating deities. Sandeep narayan shows us a glimpse of Shiva’s power through the Krithis on this album. They feature both a variety of melodic scales, as well as rhythmic structures between compositions, and within the compositions themselves. The Thillana is traditionally a compositional form seen in Bharathanatyam, and acts not only as a concluding piece for this album, but as an ode to Shiva , the cosmic dancer.

San deep Narayanis a disciple of the acclaimed musician, Sri Sanjay Subrahmanyan. He started his initial training in vocal music at the age of four, under the guidance of his mother, Smt. Shubha Narayan, and received advanced training under the revered musician and musicologist, Calcutta Sri K.S. Krishnamurthy. He has continued to sharpen his skills under Sri Sanjay Subrahmanyan since 1999. San deep has received many awards, and is an A grade artist of All India Radio, Chennai. He performs regularly in India and abroad, and has sung jugalbandhis and fusion programs with leading artists from around the world.

Mysore V. Srikanth is a disciple of Sri H.K. Narasimha Murthy of Mysore. He underwent rigorous training under his guru and started performing from the age of fifteen. Mysore Srikanth has readily assimilated the depths and nuances of the art by accompanying all stalwarts in the Carnatic music field.

Neyveli B. Venkatesh is a disciple of his father, the late Sri A.S. Balaraman, and has received advanced training from Sri M.N. Kandaswamy and Sri P.P. Venkatesan. He is one of the most sought after mridangists in Carnatic music today, and has played with leading artists in and outside of India.

K.V. Gopalakrishnan received his initial training from his father Sri K.V.R.S. Mani, and continues his advanced training from Sangeetha Kalanidhi Dr. TK Murthy. He has shared the stage with almost all of the top ranking musicians today, and is a graded artist of All India Radio for both kanjira as well as mridangam.