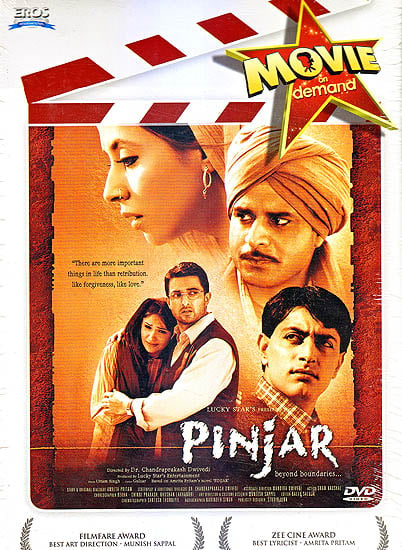 Pinjar is based on the famous novel by the same name by noted poet writer Amrita Pritam winner of Gyanpeeth Award and various literary awards including the sahitya academy award. Amrita Pritam was also nominated to Rajya Sabha (Upper house of India) for her contribution to Indian literature. Pinjar has been translated into eight languages. Noted writer Khushwant Singh has translated Pinjar in English. In Yugoslavia a radio series based on Pinjar was arid. She was also nominated for the poetess of the millennium for poetry in Punjabi.

Pinjar also reflects Amrita Pritam’s poetic side
The story of Pinjar is et in the backdrop of riots during the partition of India & Pakistan. It’s a gripping tale of human spirit to overcome hate with compassion and love.

Intolerance cruelty kidnapping and rape of women rendered thousands of innocent lives as destitute yet love and humanism blossomed.