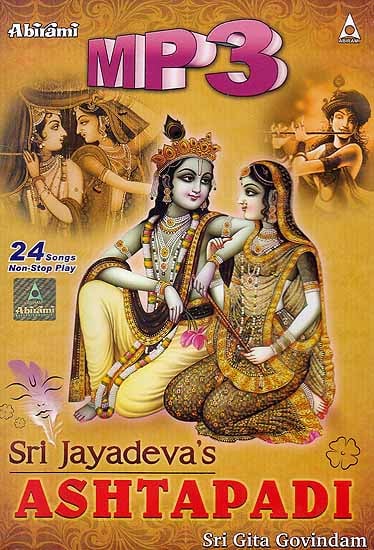 $22.00
Ships in 1-3 days
Notify me when this item is available
Save to Wishlist Send as E-card Share by Email
About the CD

The Gita Govinda is a work composed by the 12th century poet Jayadeva, who was born in Kenduli Sasan near Puri in Orissa. It describes the relationship between Krishna and the gopis of Vrindavana and in particular one gopi named Radha. This work has been of great importance in the development of the Bhakti traditions of Hinduism.

The Gita Govinda is the Best Known composition of Jayadeva. It is a lyrical poetry that is organized into twelve chapters. Each chapter is further sub-divided into twenty four divisions called Prabandhas. The Prababdhas contain couplets grouped into eights called Ashtapadis.