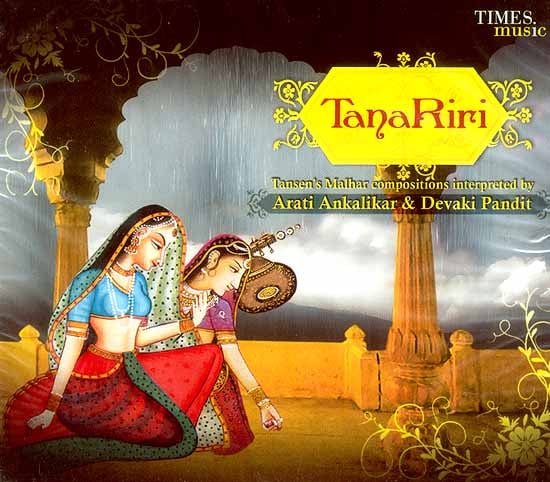 Tana Riri, who were they? Where were they from? There are many such questions raised all of which can be answered by learning more about the Story of Tana Riri.

According to historical references there happen to arise various schools of thought as to the origin of Tana and Riri. One such school of thought has been given below:

Tansen, the famous courtier of Mughal Emperor Akbar, was indubitably the greatest classical vocalist and musicologist in history. He was also one among the nine gems of Akbar’s court. His voice, creativity and understanding of raga brought him very close to the emperor. Akbar adored his skill and style of singing. This also happened to be a reason of jealousy against him by others who were envious of this conjugation between the Emperor and the courtier.

So one fine day, one of the envious ones requested the emperor to entreat Tansen to sing Raaga Deepak, The Raaga of Lights, in the court. Although it seemed like a request, it really wasn’t one since; it had come from the Emperor himself. Tansen had no reason to deny and chose to comply. The effect of Raaga Deepak was such that, it could cause extreme heat in the mind, body and soul of the singer, and so similar effects started to show. Suddenly, lights had lit up in the court, all those present in the court could feel the heat rising and so did Tansen, who by now felt sick and feverish since, he was the one singing the Raaga which had him completely exhausted with extreme heat and thirst.

Tansen fell ill as the effect of the Raaga refused to subside, since Tansen had sung a soulful rendition so expressively. Akbar was worried about Tansen’s health and so he invited medics and doctors from all-over the province to try and cure his illness, but to no avail.

After being ill for weeks, Tansen felt that the real cure for his illness was for someone else to sing Raag Malhaar - The Raaga of Rain.

So, Tansen left on a journey in search of the one who could cure him by singing Raag Malhaar for him. This journey brought him to Vadnagar, where he came across two young girls, who were sisters and had come to the river to fetch fresh water. The girls were singing notes of Malhaar, and Tansen was moved by their melodious voice. Tansen asked for some water to quench his thirst. The girls offered him water and quenched his thirst. Moved by their hospitality Tansen asked them what their names were and he came to know that the elder one was named Tana and the younger one was named Riri. When Tansen implored them to sing for him, the sisters immediately complied and started singing Raaga Malhaar. No sooner had they begun singing, the effects of the Raaga began to show. There was a slight drizzle from the sky down upon the earth, which as the sisters sung, grew to a downpour of rain. There was rain and relief, outside, for the earth and all the living beings and inside Tansen’s mind, body and soul, who by now had started feeling better. He was cured by the end of the Song of Rain that the sisters Tana & Riri sang for him.

Tansen blessed both the sisters and returned to Akbar completely cured of his ailment. When Akbar heard about Tansen’s ‘musical cure’, he as well called for Tana and Riri to have them perform in his royal court.

When Tana & Riri came to know about Akbar’s proposal they politely denied it since, they believed in singing only for God and were against singing for any king or Emperor.

Akbar war infuriated by Tana Riri’s incompliance to his request and sent his forces to invade Vadnagar and forcefully seek Tana Riri. The land of Vadnagar was invaded and destroyed completely by Akbar’s forces in pursuit of Tana and Riri. The sisters realized what had happened and blamed themselves for all of it. Sad and depressed they went to the well and jumped in it to end their lives and so the melody was lost forever.

"..and as soon as Tansen sang Raag Deepak, all the lamps in Akbar's court lit up; but it also generated immense heat in Tansen's body which made him very sick. To his rescue, two sisters Tana and Riri Sang Raag Malhar which brought cool showers of rain and cured Tansen of his ailment…

Written and composed by Devaki Pandit