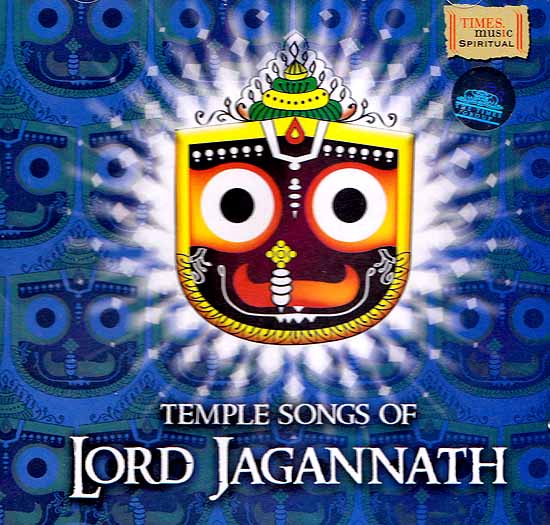 $28.00
Notify me when this item is available
Save to Wishlist Send as E-card Share by Email

Lord Jagannath is represented seated along with his elder brother Balbhadra and his sister Subhadra. The most important time for any Jagannath devotee is the Rath-Yatra, or the grand chariot ride that the Lord, his sister and brother are believed to take to go on a vacation from the temple in Puri to their palace in the country side. The Rath-Yatra is so popular that it attracts devetees, tourists, pilgrims, film-makers, businessmen and people of all conceivable backgrounds. This yearly Yatra, held in the middle of summers, is gigantic in proportions and assimilates people from the world over.

This album, rendered in the voice of the very talented Shiba Rath, is an offering of undying faith to the great Lord of the universe and is a must have for any Jagannath devotee. The tracks include the Jagannathashtakam and the Jayadev krit - Shritkamala among others.