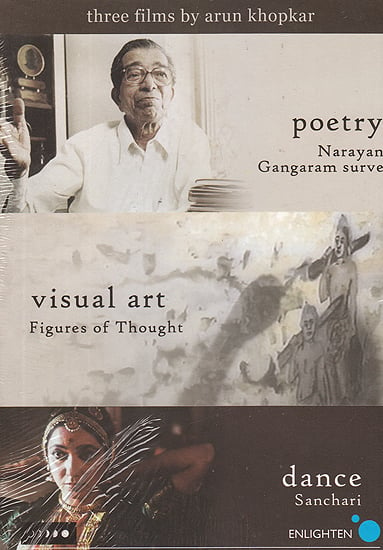 $40.00
FREE Delivery
Quantity
Ships in 1-3 days
Notify me when this item is available
Post a Query
About the DVD

Arun Khopkar’s films on arts and artists have won over fifteen national and international awards. He was awarded the Golden Lotus the highest National Award three times for his short films. His book on the film director Guru Dutt won the National Award for the best book on Cinema. He is a film scholar and has contributed papers on film aesthetics to international journals. He is an internationally recognized authority on Eisenstein. He has taught film theory and practice at various institutions around the world.

Sanchari 31 Minutes
The Film Sanchari Synthesizes the philosophical aesthetics of Bharatnatym a classical dance tradition from Tamil Nadu with the techniques required to perform it as well as the process involved in the transfer of knowledge from the teacher to the student.