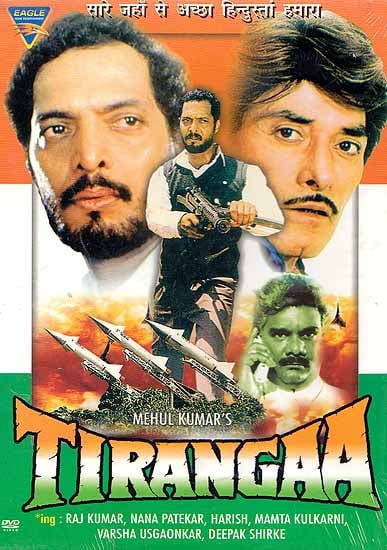 Deputy Commissioner of police Rudrapratab Chouhan is a honest and diligent family who lives with his wife, and son, Harish. Since he is on the hit-list of many gangster he never travels alone without a weapon. But when gangster, Pralaynath Gendaswamy find out that Rudrapratap goes for a horse-rides with his son without any weapons, that’s when they plan to kill –and they succeed. But Harish has witnessed this killing and he would like to avenge his father’s death, but he has no clues where and whom to start looking for. Then after a new year’s party, the police come and knock on the door of the Chouhan’s household, and arrest Harish for raping and beating a women named Radha Tandel, who is the daughter of Jeevanlal, central Minister in the Government, who is also the girlfriend of Arjun the only son Gendaswamy. The police have all the evidence to convict Harish, including testimony of Dr. Gupta, who is the father of Harish’s gorgeous girlfriends. Sandhya and the only ones who can save him are inspector Shivajirao Wagle, and Brigadier Suryadev Singh-but they have more important business to attend to-like saving the country from being attacked by bombs, and the mysterious abduction of top scientists. It book like the scale are heavily weight against Harish-and only a miracle can save him from a lengthy prison sentence.