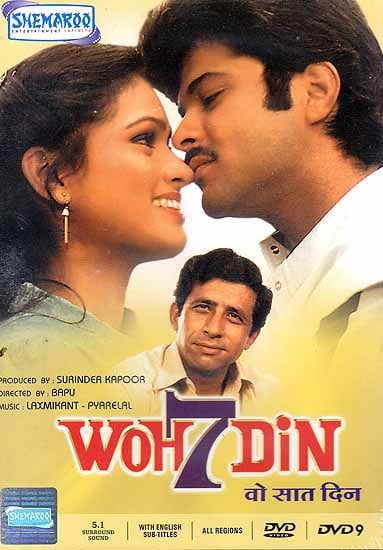 Produced by: Surinder Kapoor
Director by: Bapu
Music by: Laxmikant-Pyarelal

Prem (Anik Kapoor), a penniless musician, May (Padmini Kolhapure), the landlord’s daughter, where Prem is a paying guest and Dr. Anand (Naseeruddin Shah), become entangled in a drama that none had asked or wished for. Dr. Anand marries Maya to appease his dying mother. When Maya attempts suicide on their wedding night he realizes the unite her with Prem. He asks for only one favour in return. She has to act as his wife for only seven days. For in that period he is sure that his mother will be no more. When his mother dies Anand sets out to fulfill his promise. He meets Prem, but…