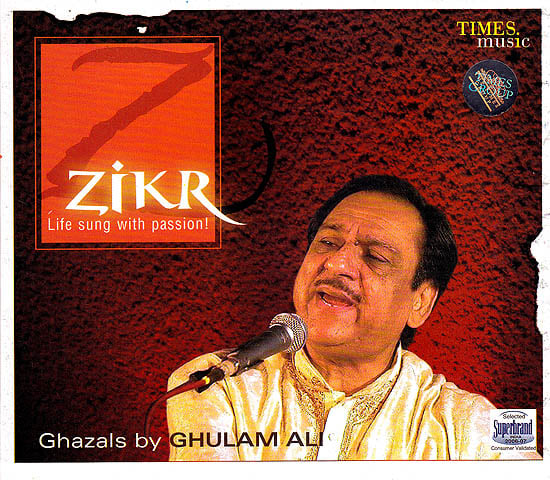 It is the Ghazal sensation this entrancing voice often dubbed as one of the most influtential cultural ambassadors from across the border Ghulam Ali that we take immense pleasure in presenting to you again in this album.

Ghulam Ali who can be easily termed as the most versatile Ghazal singer ever unlocks the eternity of emotions through his timeless Ghazals. He inherited musical talent as a legacy from his parents. Born in a village in the Sialkot district of Pakistan in 1940. Ghulam Ali got his initial musical training from his father who was a vocalist as well as a sarangi player. Later he was briefly trained by the legendary Ustad Bade Ghulam Ali Khan, Bade Mubarak Ali Khan and Barkat Ali Khan. His Mastery over classical Music and perfect understanding of the Ghazal genre enables him to create timeless compositions such as Chupke Chupke, Hungama Kyon hai Barpa, Dil mein Ek Lahar Si Utthi Hai Abhi, Mehfil Mein Baar Baar Usi Par Nazar Gayee and more his background as a thumri singer further enhances the charm of this renditions.

With his baritone yet impeccably mellifluous voice his mesmerizing élan and his innovative style of Ghazal rendition he has played a pioneering role in reviving the Ghazal in the seventies. His graceful music sans frontiers cames even the most disinterested listener to a height where sheer ecstasy reigns supreme. Feel the euphoria!.