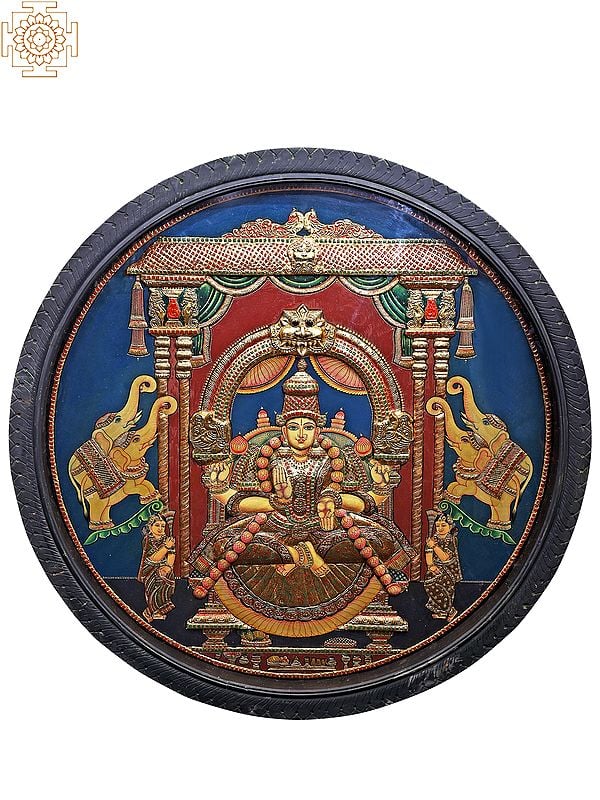 Goddess Gajalakshmi- Sri Lakshmi with Gaja or elephants is undoubtedly the most pristine and popular image of the Hindu mother-goddess who controls the sphere of abundance, victory, and opulence. Placed within a fine round wooden frame, this Tanjore Gajalakshmi painting, embellished with pure 24 karat gold is a majestic representation of the great mother-goddess.

This form of Maa Lakshmi, exquisitely drawn by the skilled Tanjore artist using traditional colors, is believed to be the bestower of heavenly wealth upon the king of gods Indra, after her emergence from the depths of the Kshirsagara (primordial ocean). Two pairs of elephants on each side- glorious animals connected to Indra, the first among all the rulers and bringer of rains hail the mother goddess, with whose adulations, gods, kings, and humans derive unending riches. Gaja-Lakshmi thus is the tutelary goddess for anyone who wishes to acquire worldly luxuries and is evoked in her dhyan-mantra as “Durgati-nashini”- the destroyer of misery.

Maa Gaja-Lakshmi is presented in this mesmerizing Tanjore painting as a sovereign ruler herself, placed inside a royal palace, on a throne, accompanied by two ladies clad in ethnic clothing fanning the goddess. The roof of her throne is decorated by peacocks, Kirtimukha (face of glory), and ashva-yali (mythical composite animal with a body of ashva or horse and lion) on the pillars- all motifs associated with royalty in Indian tradition.

The maker of this Gaja-Lakshmi Tanjore artwork displays knowledge of early Vedic tradition, especially of the “Sri Suktam”- a Vedic hymn dedicated to Sri (Lakshmi), where the lotus is an element that is repeatedly connected with goddess Lakshmi. This association of the mother-goddess with the blossom is expanded in this Tanjore painting, where the lotus and lotus petal can be seen in the curtain above the goddess, decoration of her throne, in her hands, and on her throne as a rug, visible from under the pleats of her glistening golden sari.

With a celestial aura on her exquisite face which is beautifully supplemented by her intricately designed ornaments, a richness of gold foil in decoration, and the royal blue background of the Tanjore painting, Devi Gaja-Lakshmi brings to mind the image of the primordial goddess, who is the object of worship for not only the mortals but also for the great Hindu trinity- Brahma-Vishnu-Shiva. 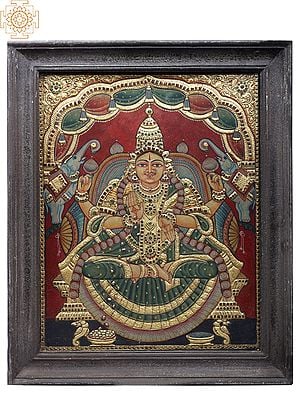 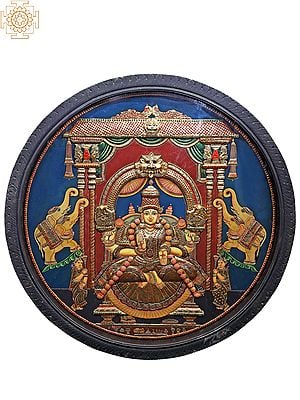 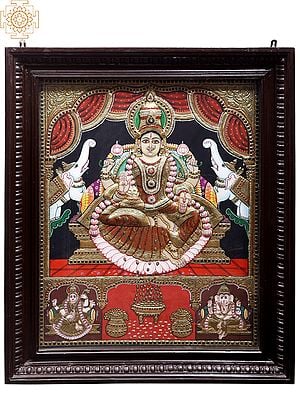 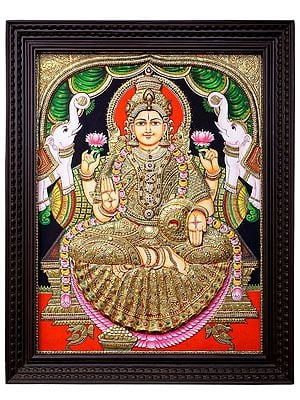 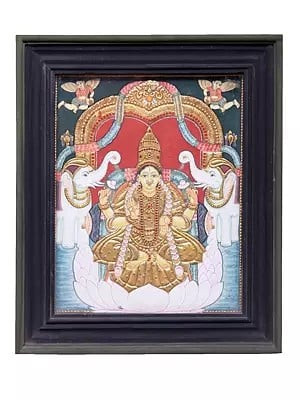 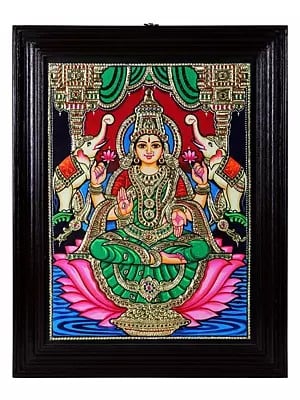 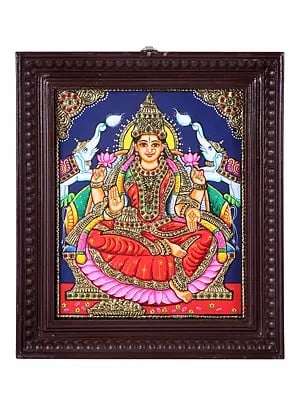 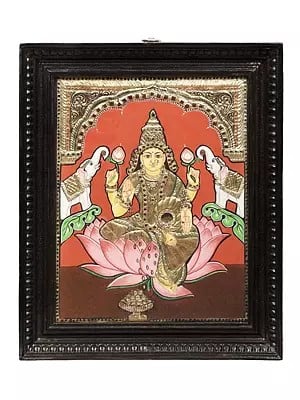 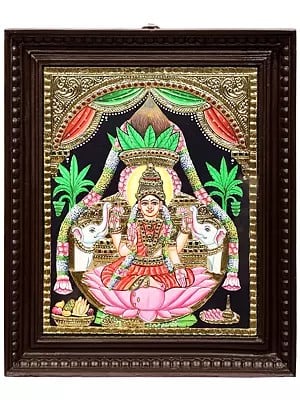 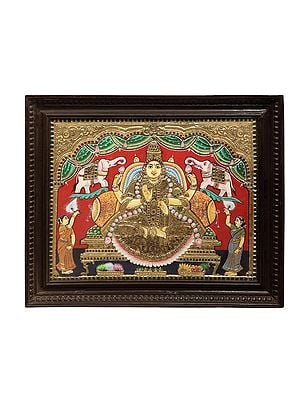