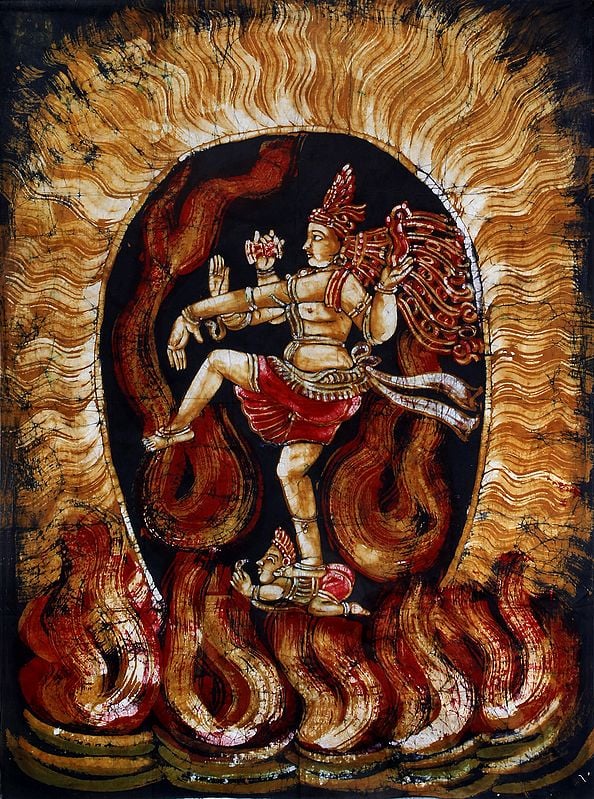 Framed in a cosmic aureole of fire and flames burning on the pedestal are a remarkable aspect of Lord Shiva’s powerful and glorified Nataraja posture. His right leg is on the dwarf demon Apasmara signifying his control over all forms of ignorances and left leg is raised high in a 90 degree angle. Batik is a technique of wax-resist dyeing on a cotton cloth formulated in Indonesia.

This painting painted in its best strokes forms the best of expressions of Nataraja with his hair raging backwards in beauteous spirals and his short dhoti forming a fan in the middle. This Chaturbhuja holds a damru and the evil serpent coiled round his hand symbolizing his nature of overpowering death.

The most striking feature in this piece of art is the use of bright and striking color palette of yellow, red and orange on a black background demonstrating Lord Shiva’s fiery and cosmic Nataraja form. 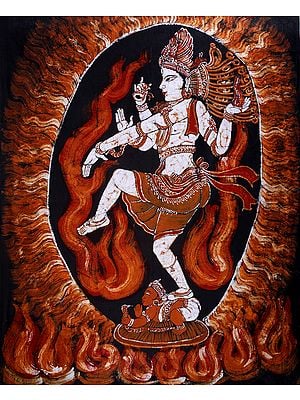 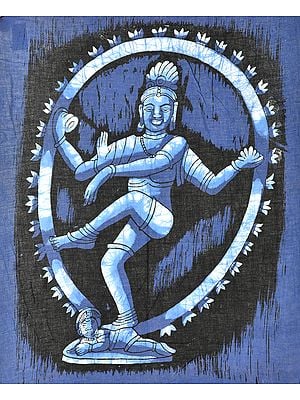 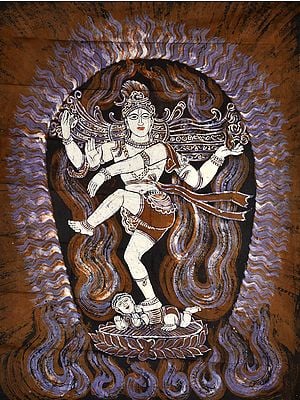 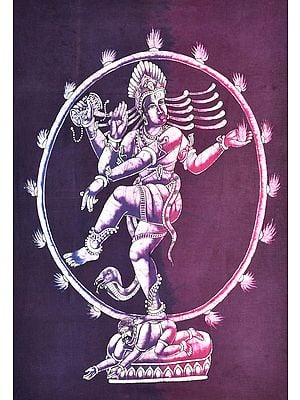