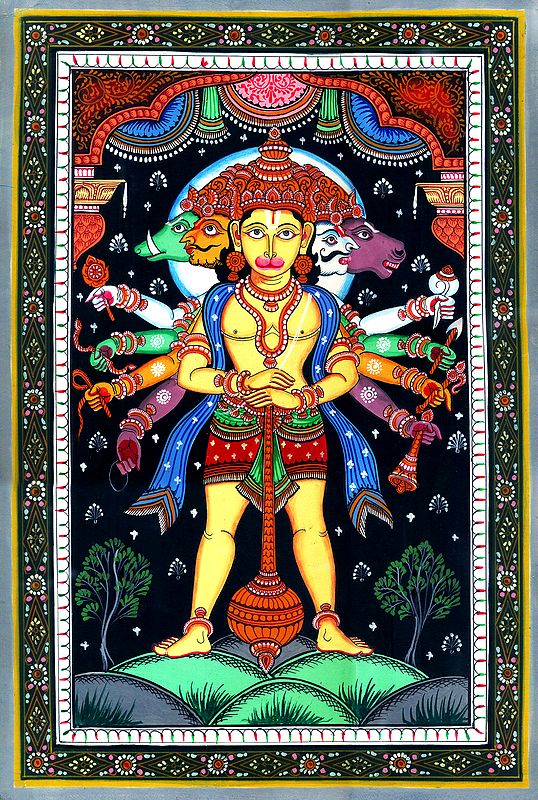 A vibrant, jewel-toned form of Lord Hanuman. A powerful warrior and a yogi of the highest order, He stands here with five (‘pancha’) faces (‘mukha’) and ten (‘dasha’) arms (‘bhuja’), each of which wields a different weapon and divine implement. This iconography of Lord Hanuman draws from the Sri Vidyarnavatantram (Hanumath Prakaranam) and is symbolic of the pancha jnanendriyas (five senses of perception) that He, as a yogi, has transcended.

A dhoti of green and red is clad around His sturdy hips. An angavastram of blue silk cascades from His wide-set shoulders. The pristine halo with undertones of blue and the radiant gold of His complexion sets off varied colours of His many limbs and faces. On mounds of ash and green He stands with His legs parted, the head of the mace resting between them. From the way He rests His hands on the tail-end of His signature weapon, to the wisdom and determination pouring forth from His powerful eyes, this image of Lord Hanuman evokes equal parts fear and equal parts devotion.

Red and pastel velvet curtains along the upper edge of the painting. A pair of almost identical shrubs in the distance, the pale green colour of the shoot almost merging into the inky blackness of the night. Note the striking red colour of the continuum of Hanuman’s crown as well as the adornments on His body. 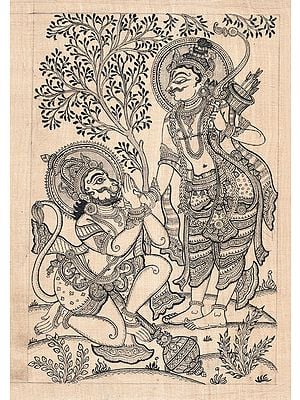 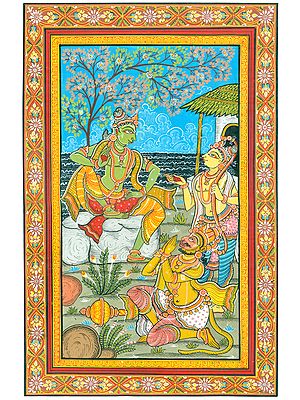 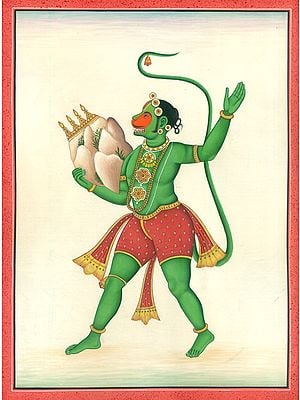 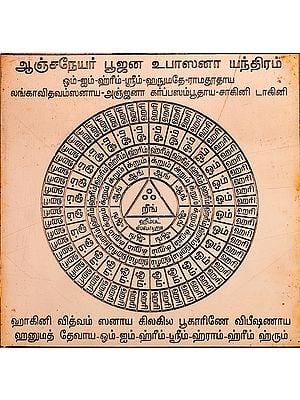 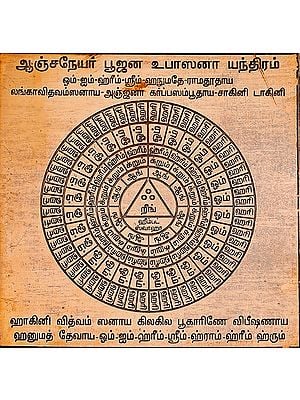 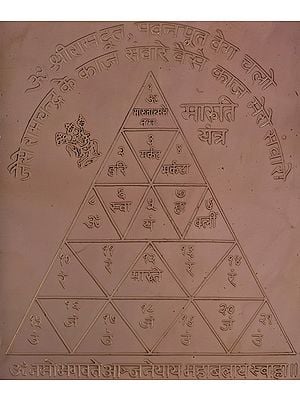 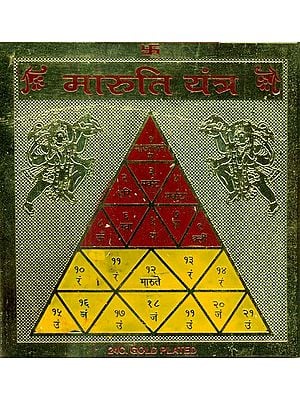 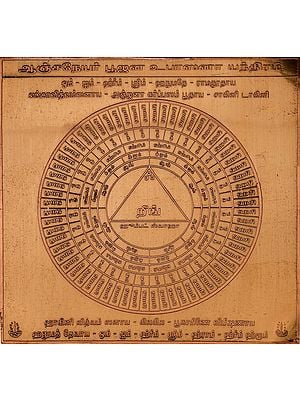 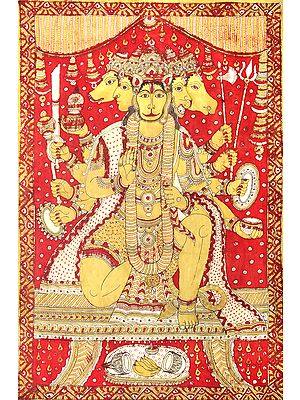 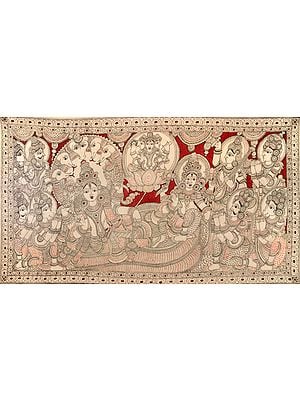 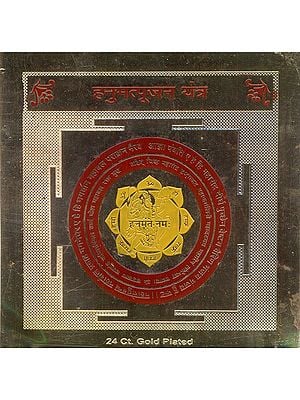 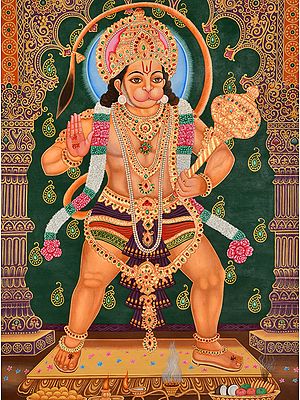 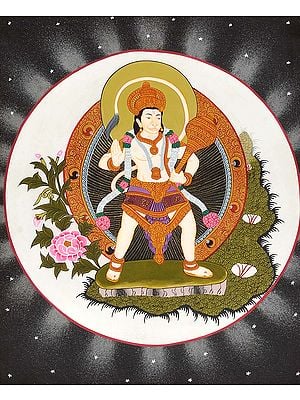 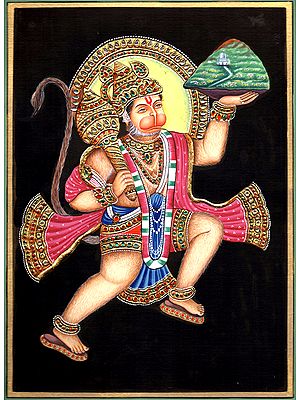 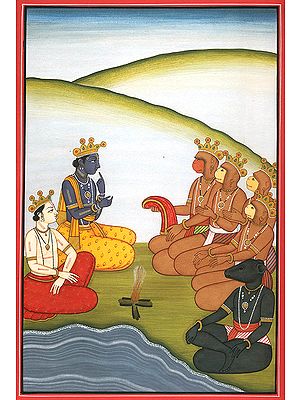