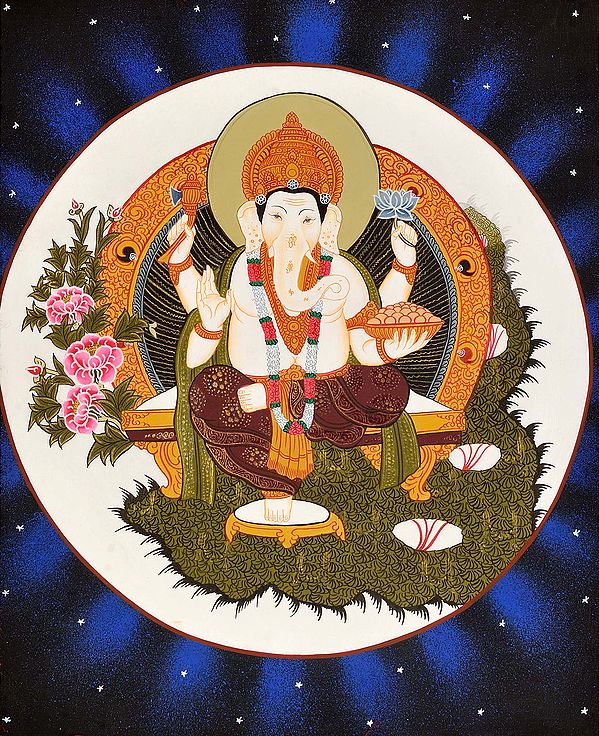 $93.75$125.00  [ 25% off ]FREE Delivery
Lord Ganesha is the elephant-headed Hindu god of new beginnings. He is revered as the god who removes obstacles, making him a popular deity to pray for those who are seeking to make major life changes and decisions. He is also invoked at the beginning of rituals or prayers.

As seen in this thangka, he is depicted with his classical icon of the elephant head. He is in a seating position—drawn complete with his rounded belly and four arms. One foot touches the ground and the other rests on his knee. The foot on the ground signifies that a wise person is of this earth, but not completely of it. He appears to be portrayed in a celestial set-up, with a moon encircling his form against a backdrop of dark space and stars. Legend has it that Ganesha hurled his broken tusk to the moon when it laughed at him after he stumbled and spilled his stomach’s contents. A quick zoom into this head shows one tusk is broken. One of his hands is in blessing mudra. Another hand is holding an ax, which symbolizes cutting off from materialism. He is also holding a lotus flower which is another iconic element in Buddhism, signifying purity. His fourth hand holds a bowl of sweets, a reward for living a wise life. He is usually pictured with a mouse that represents being able to overcome small and big adversaries, as well as a snake around his belly or neck that signifies his victory over Nagas. 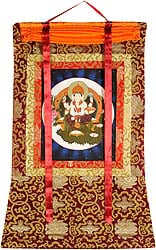 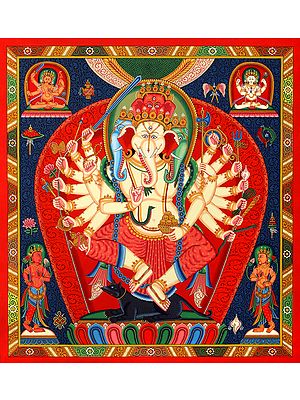 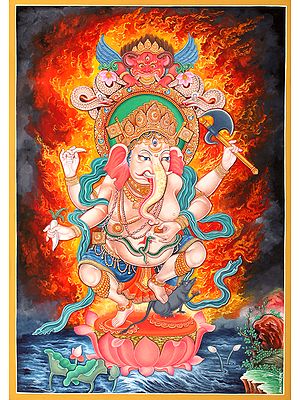 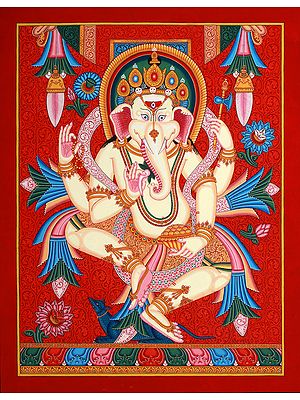 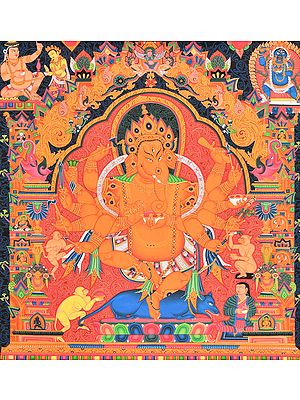 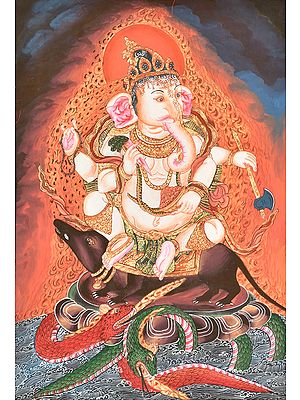 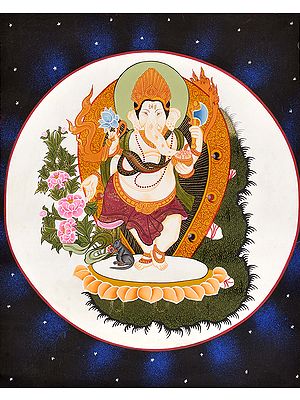 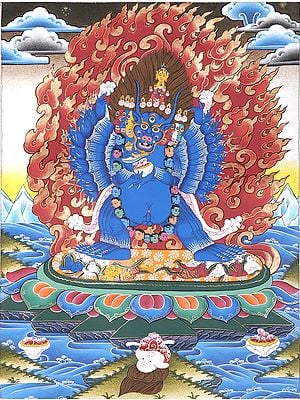