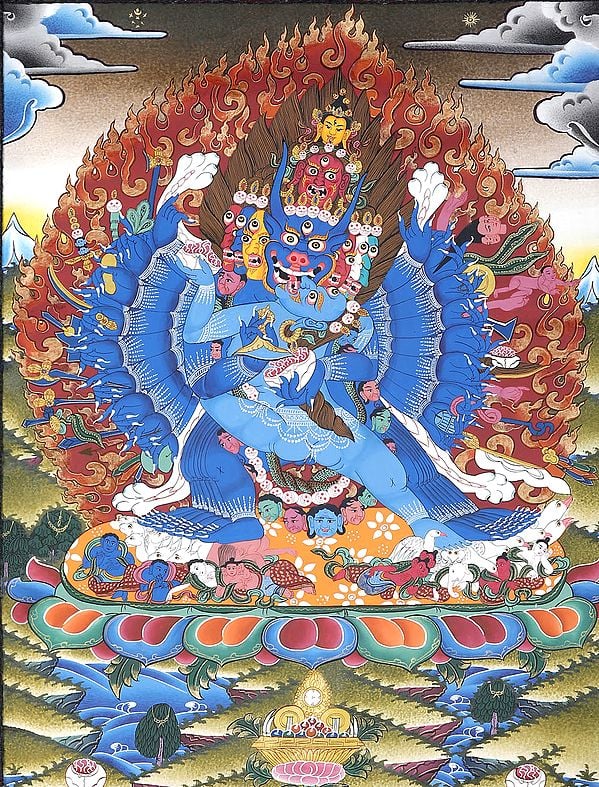 FREE Delivery
Only 1 available
$475
Yamantaka is known as the wrathful aspect of Manjushri, the Bodhisattva of Wisdom. In this form, Yamantaka is set to defeat Yama, the God of Death. Yamantaka fits in the narrative of death because his defeat of Yama signals Samsara (cycle of rebirth). Buddhism believes that stopping this cycle of rebirth is the quality of Buddhas and Yamantaka represents the end goal of achieving enlightenment by terminating death.

This thangka showcases Yamantaka with a wrathful face, to discourage you from going back to a cycle of bad habits. He has 7 heads side by side each other and two more heads on top of the main one. His main head has a crown of five skulls which represents the Five Negative Afflictions (greed, delusion, hatred, jealousy, pride) and its transmutation to positive wisdom. The flame on the skulls and the fiery detail on top of his eyes (as well as the fire designs in his aura) symbolize Yamantaka's power to transmute the five afflictions by the flame. On the top-most head is Manjushri, the Buddha of Wisdom.

The thangka also showcases yab-yum position (literally father-mother) which showcases the union of male compassion and female wisdom. On his chest is Yami holding a skullcap with blood that represents Great Bliss and wisdom. He has twenty hands each holding a weapon or an object. The first right-hand holds the skin of an elephant as a sign of victory over small-mindedness. The remaining right hands also hold objects with their meaning such as the ax (cutting duality and ignorance), dart (to pierce conception about objects), pestle (destroy backward mindfulness, a harpoon (to destroy the faults of one's self), an arrow (to pierce through preconception), skull-club (protect against karma), and the Khatanga blade (to get attuned to nature of great practice), to name some. Meanwhile, some objects on his left hand include a skull cap with blood, head of Brahma (great compassion), the shield (victory against Maras), a leg (symbol of proceeding to enlightenment), lasso (never-ending wisdom), bell (sound of wisdom), hand (symbol for performing four activities), flags (emptiness of the three doors as being one entity). His 16 legs are also depicted in this thangka.

The ones under the set of feet on his right side represent the Siddhis (powers gained through meditation) and include humans, buffalo, bullock, donkey, dog, sheep, and fox. Meanwhile, the feet on the left side are the eight powers vulture, owl, crow, parrot, hawk, kite, mynah, and swan. At the bottom part of the thangka are Three Skull offerings. The left and right skulls are smaller in size and represent semen and fertile blood, items necessary for rebirth. The center offers represent the five senses such as touch, sight, taste, smell, and sound. 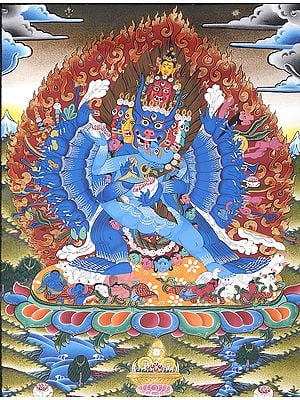 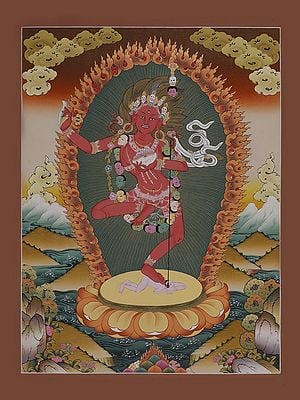 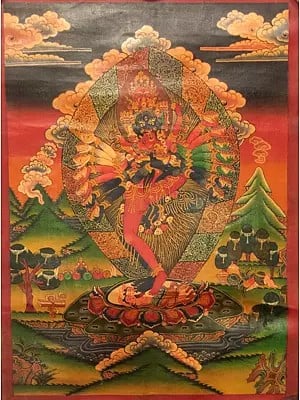 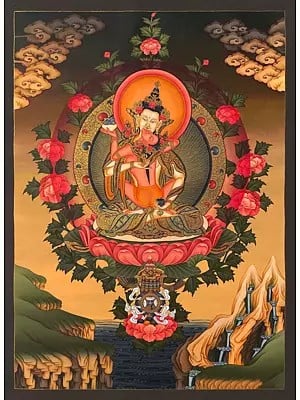 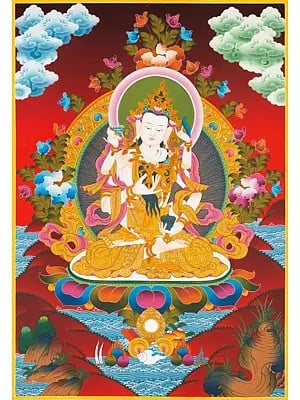 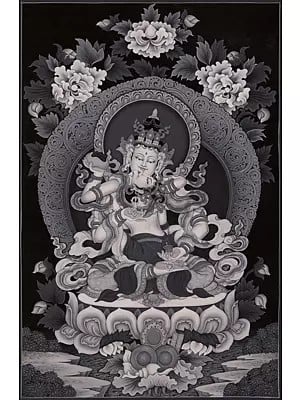 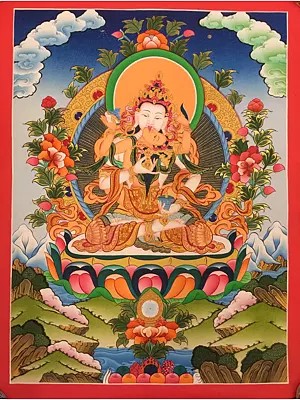 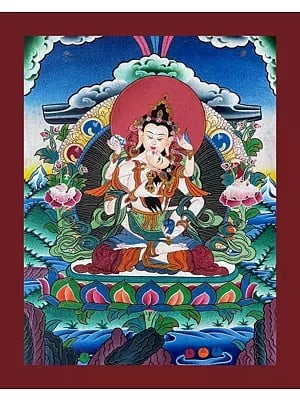 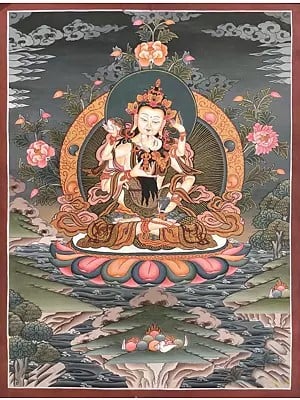 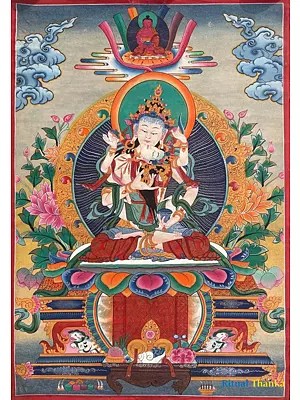