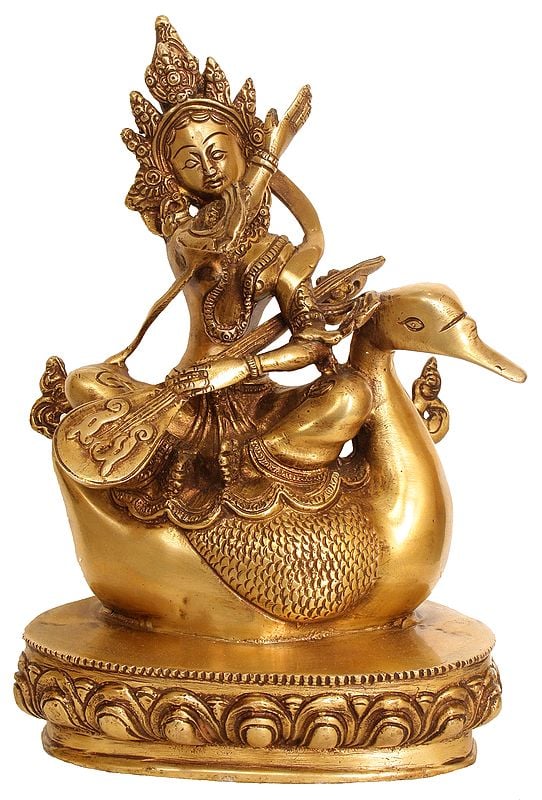 11" Saraswati In Brass | Handmade | Made In India

Later ancillary Vedic literature consistently equates Sarawati with the goddess of speech, known as Vak. The importance of speech in Hinduism is both ancient and central. The entire creative process is said to be held in the sacred syllable OM, and the idea of creation proceeding from shabda-brahman (ultimate reality in the form of sound) is often mentioned in the ancient texts. A mantra too, which may consist of words or of sounds alone, is said to possess great power. Indeed, the mantra of a given deity is declared to be equivalent to the deity itself. To pronounce a mantra is to make the deity present. There thus resides in sound a potent quality, and this quality is embodied in Saraswati, the Goddess of speech and music.

As the embodiment of speech, then, Saraswati is present wherever speech exists. And so it is that she is pre-eminently associated with the best in human culture: poetry, music, sacred rituals, and rational communication between individuals.

Here she can be seen holding her vina in the left hand. With her right hand she makes the gesture of singing as in Classical Indian music. This is a rare gesture and the highlight of this sculpture.

This statue was cast in the small town of Aligarh, in the state of Uttar Pradesh, India.