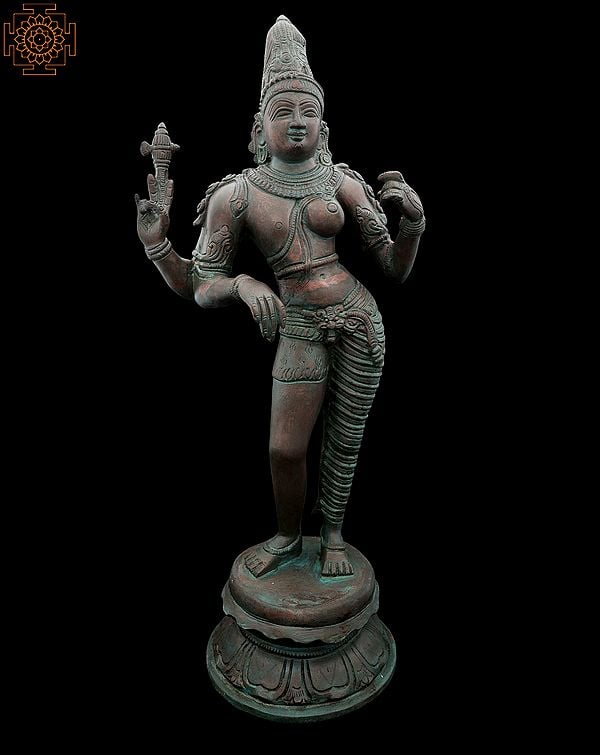 The murti that you see on this page is a classical iconography of standing Ardhanarishvara, the fusion of Shiva and Parvati. The stance is of the tribhanga, which means that the body is jutting out laterally (‘bhanga’) at three (‘tri’) different junctures, namely the shoulders, the hips, and the knees. The right side depicts the chaturbhujadhari (four-armed) Lord Shiva dressed in a short dhoti and making as if one hand is resting on the back of Nandi. The left side is the dvibhujadharini (two-armed) Devi with a silken dhoti covering the entire length of Her limb and the sharper, fuller curves of Her torso.

The dark, almost coppery finish of the brass goes well with the long, narrow frame of the murti. There is an aura of sattva and mystery about the composition. The upturned lotus plinth completes the traditional iconography of the Ardhanarishvara.