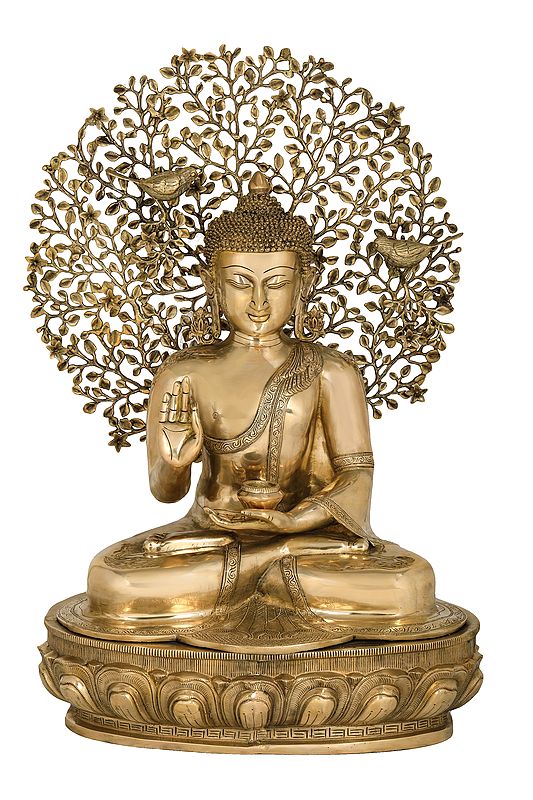 Best Seller
FREE Delivery
$1665
From the shelter of King Shuddhodhana to the foot of the Bodhi tree, the journey of the Buddha is the stuff prolonged lifetimes are made of. The sheer habit of plenitude, broken at once by four singular sights juxtaposed against each other - of youth, senescence, disease, and death. When one night the Shakyamuni Siddhartha rose and left, He committed Himself to a life of indefinitude. Mendicancy and asceticism and austerities of the highest order, followed. The end of those harsh years found the sweet monk seated blissfully in the shade of a nurturing tree in Gaya, the picture of which has been captured with superb glamour in this composition.

Nestled between the heels of the skyward-turned soles is the almsbowl of the former mendicant. His legs are gathered in a perfectly symmetrical padmasana, clothed in a robe the upper end of which is draped over one shoulder. A stately-fingered, gorgeously shaped hand raised in blessing. Upon that erect spine is balanced a head with a familiar silhouette - lengthened earlobes, the stupa-like bun on top. Poised upon a wide-mouthed lotus pedestal, the qualities of the solitary-growing flower reflected in that handsome face.

The Bodhi tree spreads its golden branches behind the seated Buddha. Its luxuriant leaves - each leaf protruding from each branch, carved with the finest precision and symmetry - are home to the Indian tropical parakeet. They are perched upon the tree, seemingly drawn in by the profound samadhi of the Buddha. 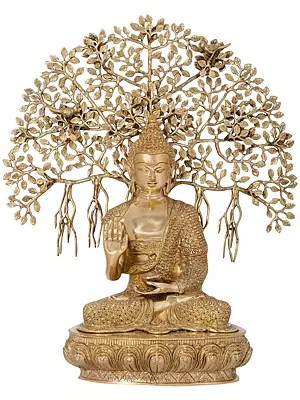 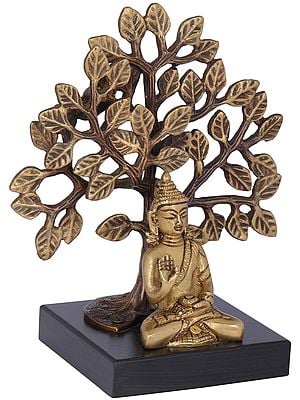 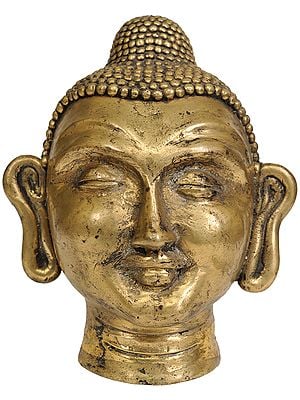 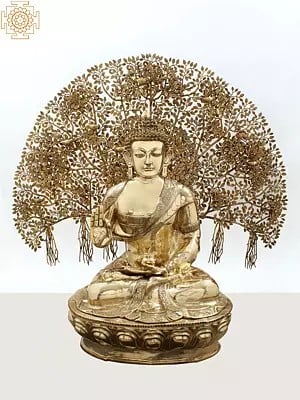 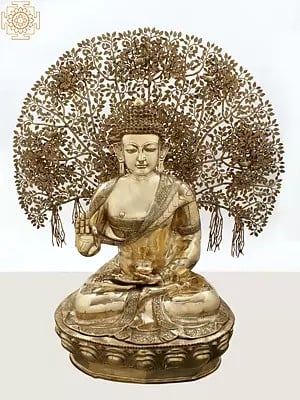 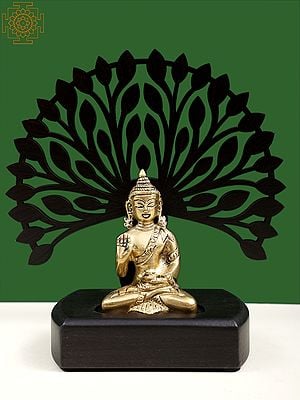 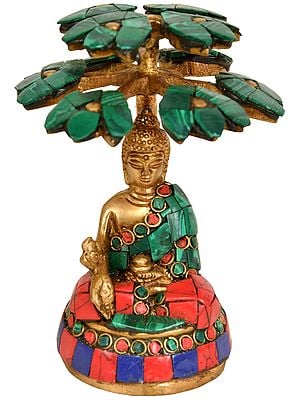 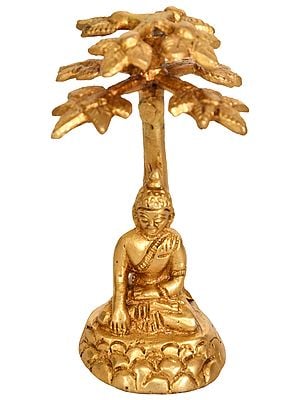