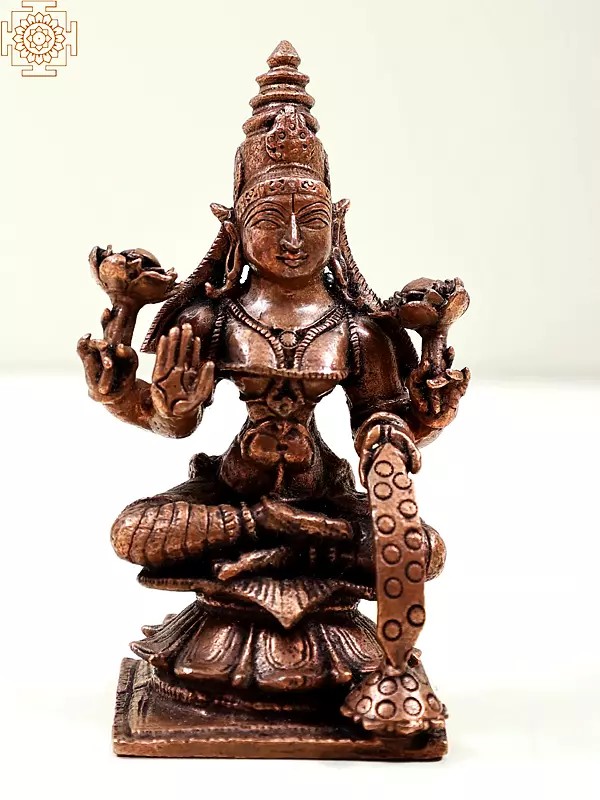 Majestically placed on an open lotus flower, the form depicted in this copper idol of goddess Lakshmi is called Dhana Lakshmi in the Hindu scriptures. Goddess Lakshmi is associated with wealth in all her forms, but as Dhana Lakshmi, she eradicates all debts and ensures a constant flow of wealth to her devotee.

One day, after a debate with her husband Lord Vishnu, Sri Lakshmi left his abode and started living on the earth. Without her support, sustaining life became an impossible task for Vishnu. He approached the goddess and proposed to marry her. In spending on their marriage, Vishnu fell into a debt that he could not repay. Only after Goddess Lakshmi came to his rescue as Dhana Lakshmi was Vishnu released from the trap of his debt. The value of wealth and abundance was realized by the protector of the Universe. 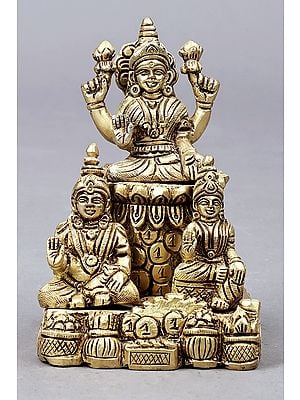 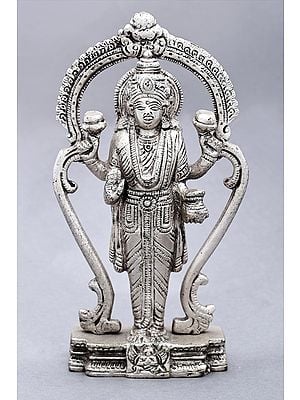 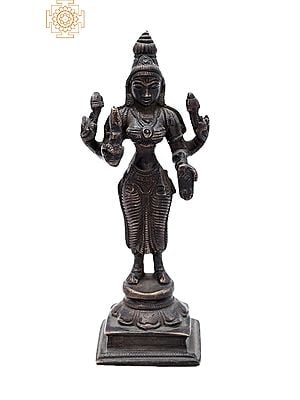 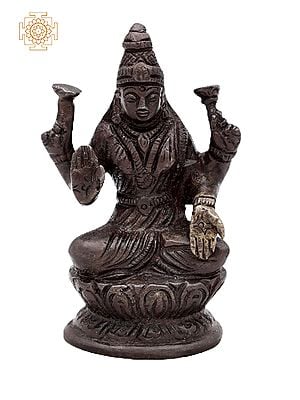 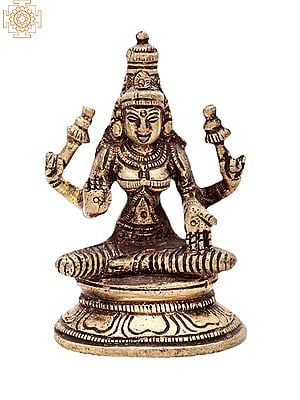 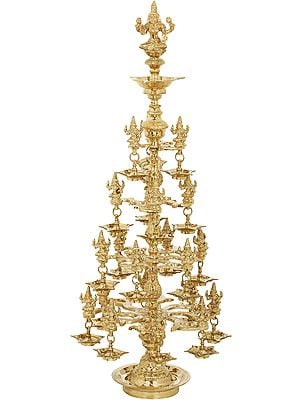 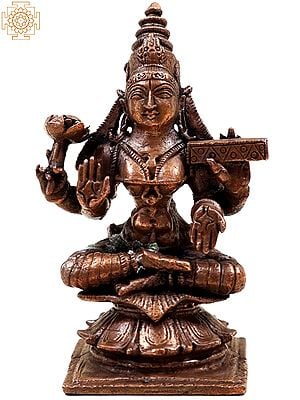 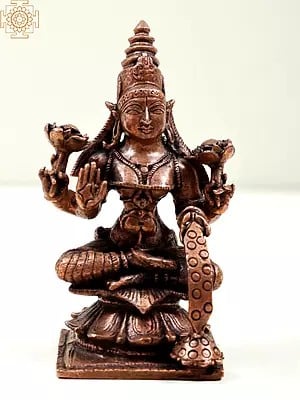 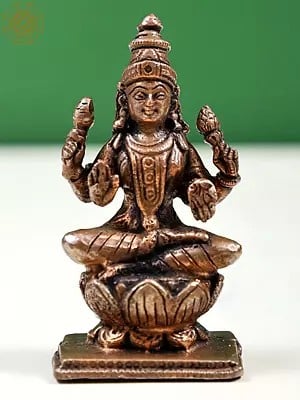 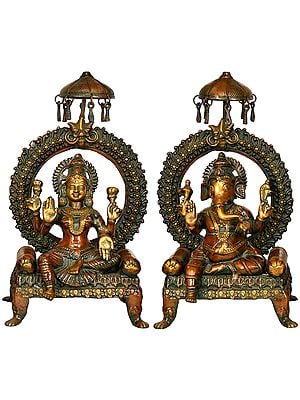