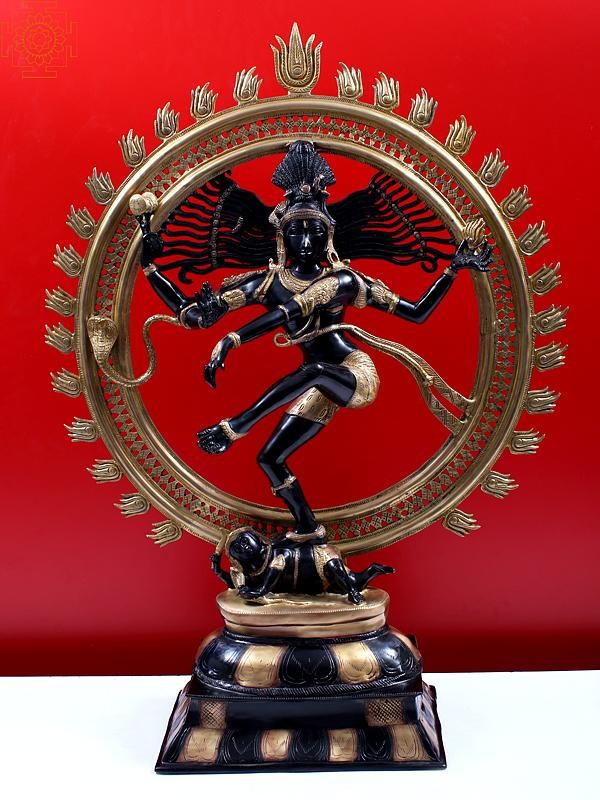 In terms of symbolism, few things hold as much meaning in Indian culture as the traditional image of the Nataraja. On the back of Apasmara - without whom the iconography would be incomplete - dances the wrathful Lord Shiva. He is in the midst of the tandava (all-annihilating dance routine): the left leg is raised mid-air, the hands in abhaya mudra and gajahasta.

Apasmara, a lowly epileptic, is the personification of avidya. It is this avidya that is vanquished under the foot of the Nataraja. Note the sheer proportion of snakes present in the Natarja murti, whose bodies are wound around His limbs and waist and head, with a raised hood at the end of each one. The ample locks of Shiva sway about His head like snakes as He motions in tandava.

A flaming aureole frames the traditional Nataraja murti. A latticeworked ring, from which emerges numerous quanta of fire roughly equidistant to each other. A high, multi-tiered plinth. This Nataraja composition comes in a wide variety of earthy as well as metallic colour schemes.