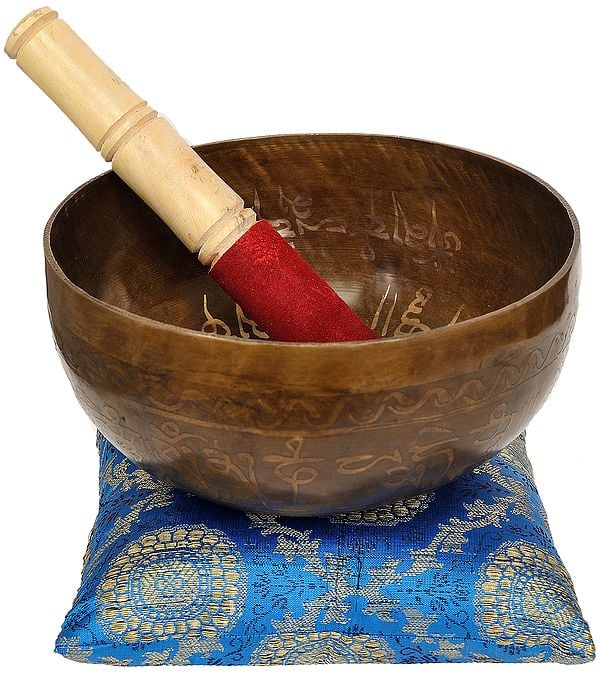 Sounding off melodious tunes with the help of a wooden stick called a pooja, the Buddhist singing bowl is traditionally made to meditate and more recently, to put minds at ease and help people relax. Inside the bowl is an inscription of Gautam Buddha, the epitome of enlightenment and freedom from suffering. Gautama Buddha, as a teacher and as an ascetic, has been an inspiration to people since times immemorial.

Known as the father of Buddhism, he was the key who unlocked the way to relieve oneself from the relentless cycle of life, greed, and ignorance. Born into a royal family, Gautam Buddha had every material thing he could've wished for at his fingertips. However, when he was born, a priest remarked at the curious birthmark on the soles of his feet, knowing that he would grow up to start something new and revolutionary. As he grew up, he built a family for himself within palace walls, marrying a beautiful woman who gave birth to his children. But no matter how many material things he had, he felt no satisfaction in life. Once, he escaped from the palace and came upon his people dying from disease and old age. He felt for them so deeply that he abandoned that life and turned to meditation. A long time later, he emerged enlightened, freed from the burden of birth and rebirth.