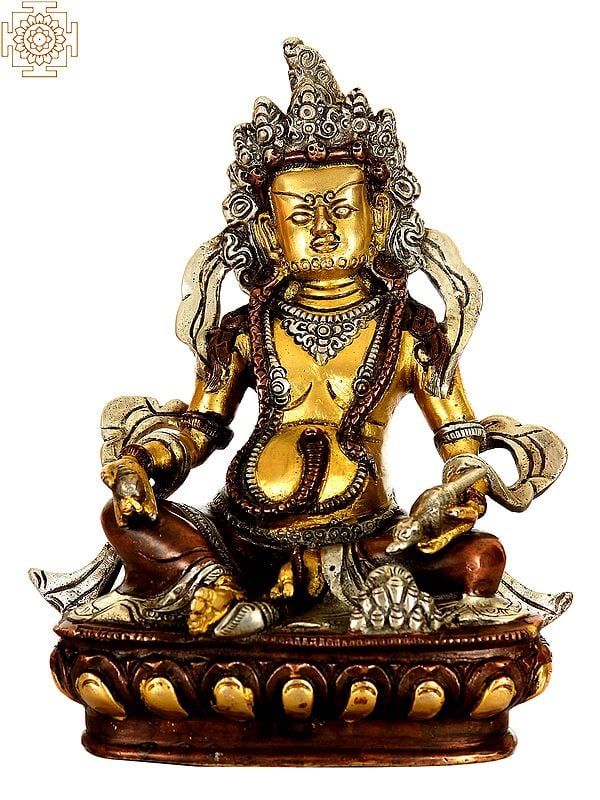 Kubera is the Brahmanical god of wealth and he presides over the domain of riches. He is equally popular among Buddhists, and also known as Vaishravana. According to Hindu mythology Kubera was the son of a sage called Vishravas, hence his he is also called Vaishravana or Vishravana. As a Lokapala or Guardian King, Vaishravana looks after the Northern region and the Mount Sumeru, the centre of the universe.

Free delivery
His abode is Alaka in the Himalayas, abounding in wealth and magnificence, where he is attended upon by yakshas and kinnaras. Vaishravana is also the king of yakshas.

In Tibet, he has been one of the primary protectors of the Gelupa Sect since the fourteenth century. There is a special ceremony in Tibet for imploring Vaishravana for riches, which is called Yanyung, and he plays an important part in the Tantras, in sorcery and exorcism. He has two main aspects that of a warrior protector and that of deity of wealth. Here he has been shown as the deity of wealth. In southern Buddhism, particularly in the Indian sub-continent, he is known as Jambhala, because he also carries a Jambhara (lemon) in one of his hands. Though he holds different attributes and forms e.g., a sword, a banner, lemon and flat vessel etc., his most common attribute or insignia is a mongoose (nakula), often vomiting jewels and in all descriptions he is said to be fat and pot-bellied in appearance. His female counter part in Vasudhara, the goddess of wealth and prosperity.

In the present form he is shown seated on a lotus throne. His is a golden yellow complexion. He has two hands, the right hand in holding a lemon and the left one a jewel spitting mongoose, establishing him as the deity of wealth. He is wearing a five-pronged crown, symbolic of the Five Transcendental Buddhas. 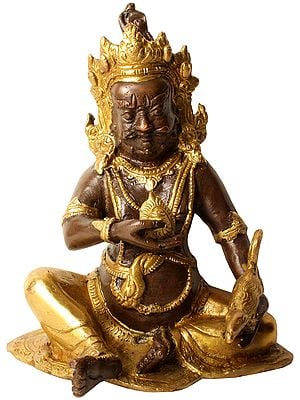 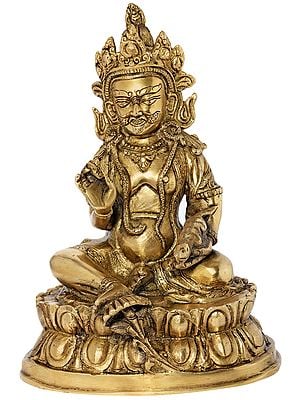 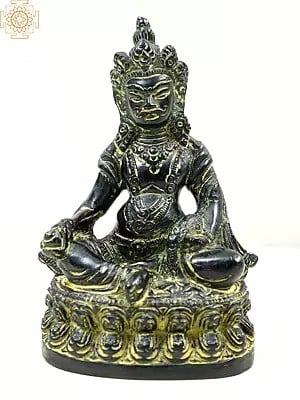 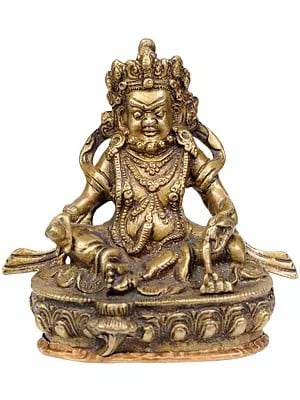 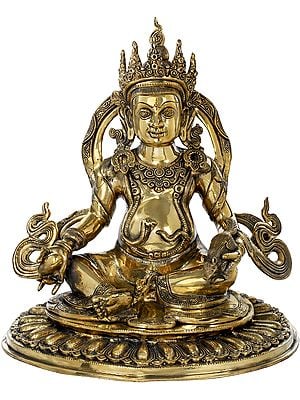 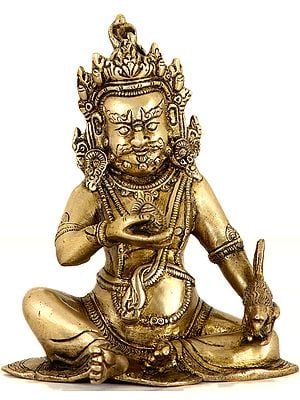 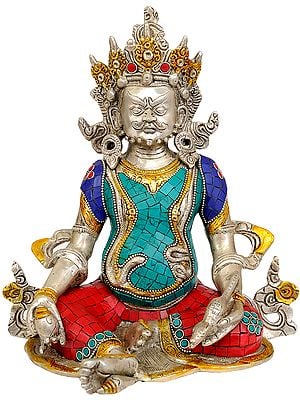 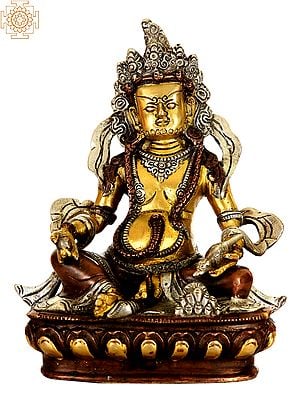 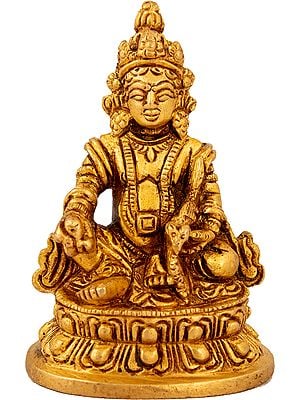 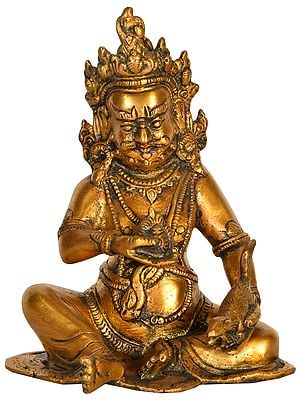