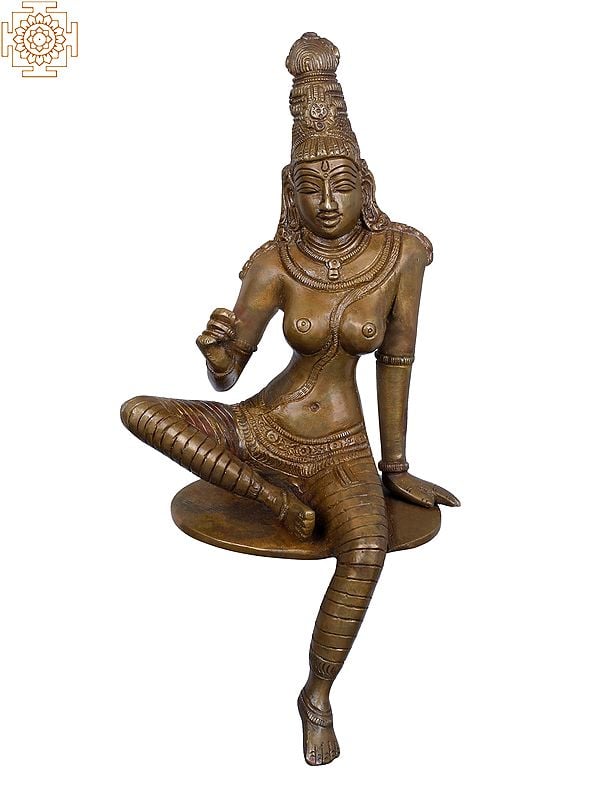 Uma is the incarnation of the first wife of Lord Shiva, Sati. She is the gentle, loving motherly figure who possesses the highest feminine energies of the Universe, Shakti. With the divine energies of Shiva as well as Shakti, the Universe became a Union and found its balance. Hence, Uma is the epitome of all things feminine. This nurturing goddess, Uma, is a form of goddess Parvati. The name Uma translates to ‘Oh! Don’t go.’ It is said that when Goddess Parvathi was going to the place where Lord Shiva was meditating, the goddesses mother stopped her with words ‘U’ and ‘’MA’, i.e oh! Don’t go.

In this beautiful brass sculpture of Uma, the goddess can be seen seated at the edge of a desk in an elegant position. With her right hand raised up in the position to hold her favorite lotus flower and her left hand resting elegantly at the table. The sculpture portrays her elegance by adorning her with ornaments, her mukut in the shape of a temple bell, capturing her curves and the delightful smile that rests in the beautiful face of goddess Uma. The sculpture is a door opener to welcome feminine energies, beauty, and happiness into one’s life. 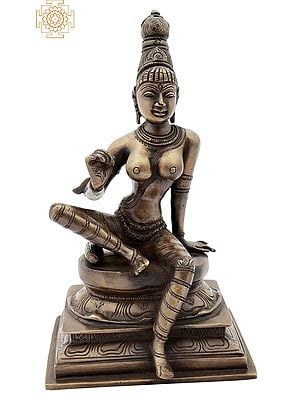 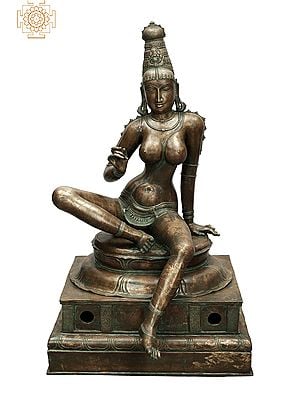 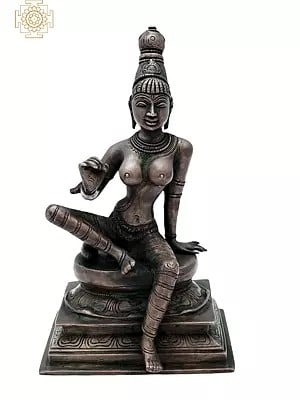 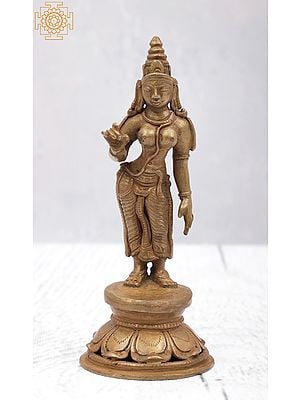 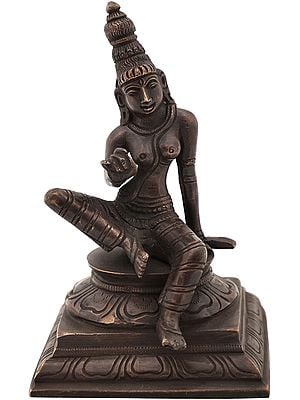 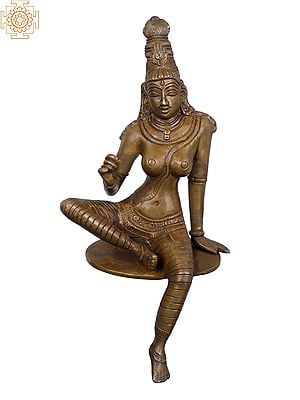 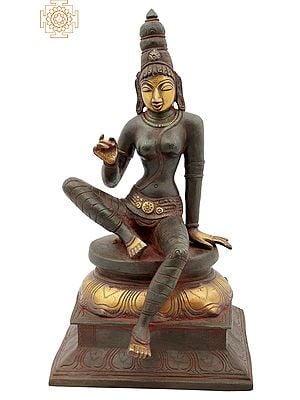 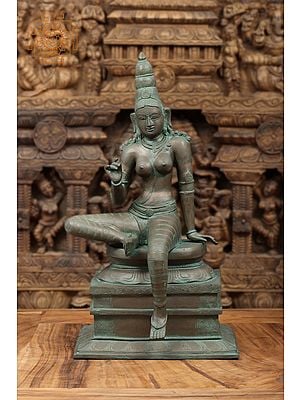 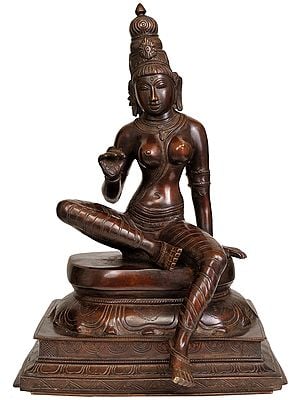 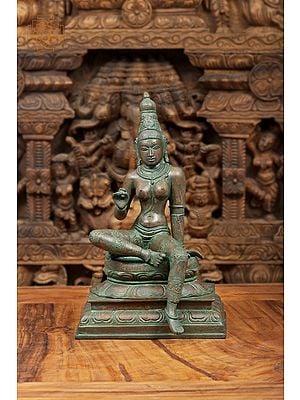