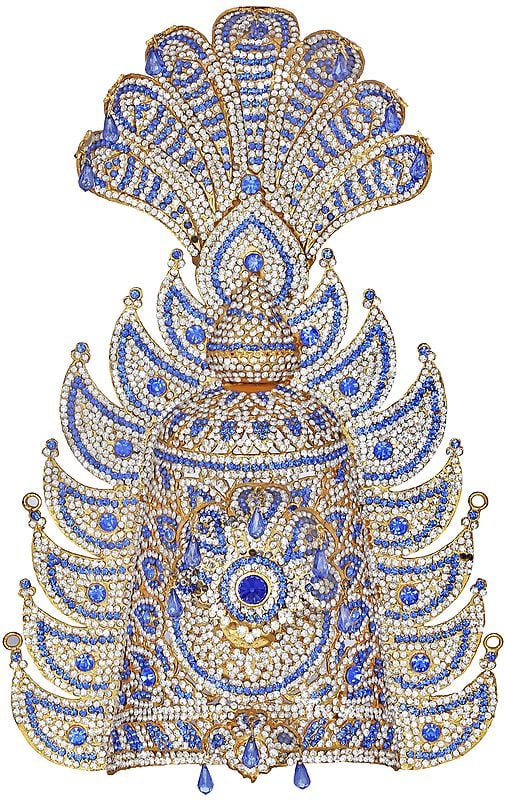 $399.00
Multi-headed serpent symbolism is found all over the world. In Hinduism and Buddhism they have a prominent place. They are frequently associated with rebirth, because of the way they shed their skins. They also represent freedom in the sense they cannot be tamed. Ancient Babylonian artefacts depicts the seven headed snake and so do the statues in Cambodian temples of Angkor Vat.

This stunningly intricate statue crafted from brass depicts a crown haloed with a seven-hooded serpent. The serpent protects the wearers and imbues them with awareness and power. The crown is studded with numerous blue stones where the blue colour represents the tranquility and compassion of the divine. The large blue stone in the middle of the crown coincides with the third eye. The halo of flaming light rays behind the crown represents the truth and is supposed to grant the wearer power to dispel the darkness.

The royal parasol of seven-hooded serpent is of particular significance here. The seven hoods are sometimes believed to represent the seven races within the Nagas, among other things. Serpent symbolism is intricately tied to the Kundalini, the spiritual energy, that sits in the chakrs. The seven hoods represents the seven chakras through which the Kundalini has to rise. A king with access to this spiritual power will be benevolent and compassionate while at the same time strong.