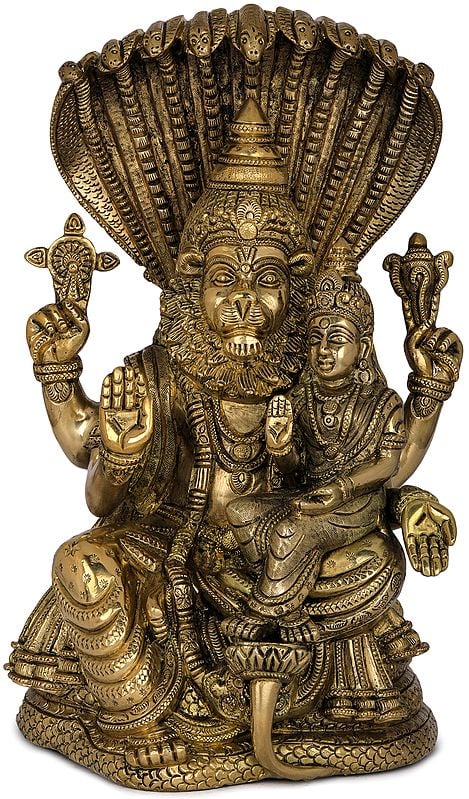 Lord Narasimha is worshipped as a fierce avatar of lord Vishnu who incarnates with a human torso and lower body with a lion face and claws. It is said that demon Hiranyakashipu had gained special powers by which he could not be killed during the day or night, inside or outside the house, neither in sky nor on land nor in heaven, by any weapon, and by man, god, asura or animal. Therefore to kill this demon, Lord Vishnu took Narasimha avatar and killed the demon on his laps, thus countering each and every gifted power of the demon.

This brass sculpture is carved in extreme preciseness and perfectly beautifying chisels with Narasimha settled in lalitasana on multilayered coils of Sheshnaga etched in extensive pattern and has its nine hoods spread out at the top from behind like a parasol. Goddess lakshmi (his consort) sits on his lap with the feet resting on an outgrown lotus flower. Both the deities are adorned in royal garbs that charmingly veil their body forming alluring pleats at the legs and jewels that gracefully enhance their personality also a finely sculpted long flower garland focusing on sculptor’s preciseness. The crowns fitted to their heads are carved in mesmerizing patterns having a multilayered pointed temple top.

Both the deities have their anterior hands in abhaya and varada mudra respectively and Narasimha’s posterior hands carry his iconic weapons, Chakra and Conch respectively. The faces are sculpted in finite magnificence accentuating their innate natures of anger and calmness respectively; the features of fiery eyes, one who causes terror by roaring from his wide mouth, thick eyebrows and layers of hairs around his face are sculpted in realistic manner. 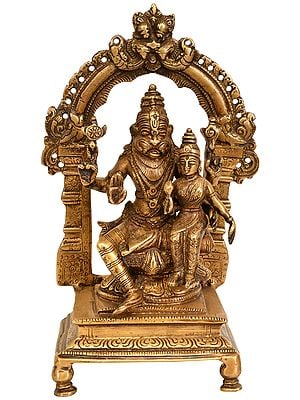 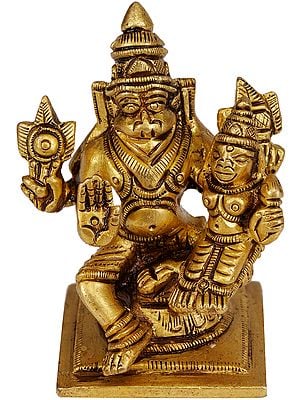 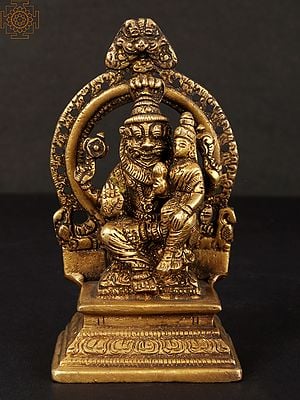 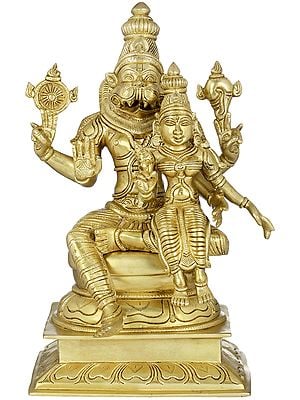 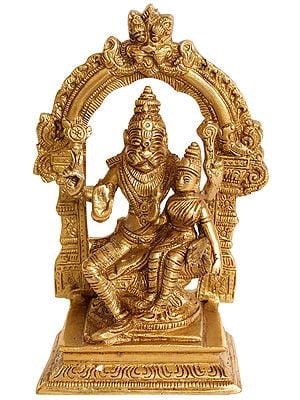 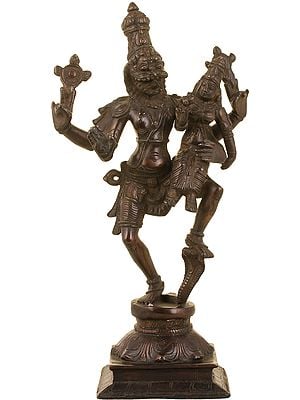 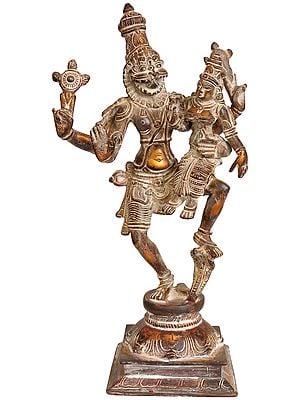 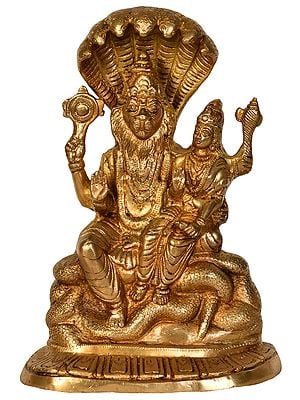 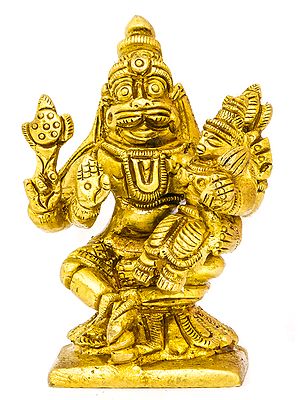 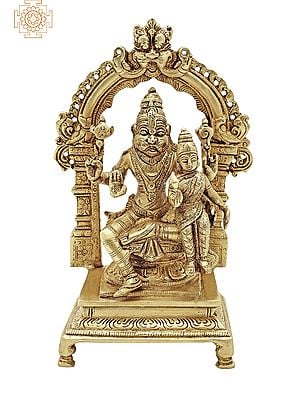 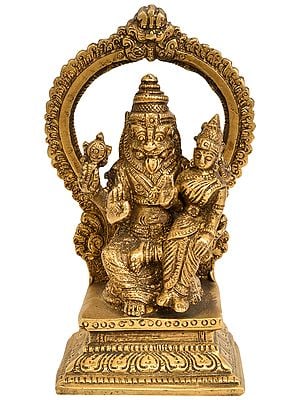 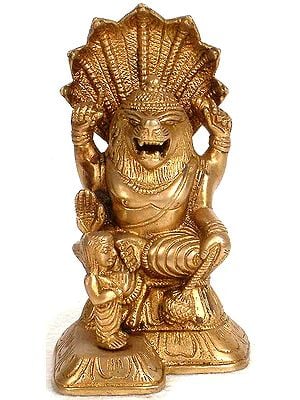 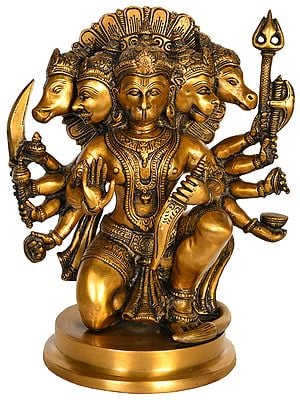