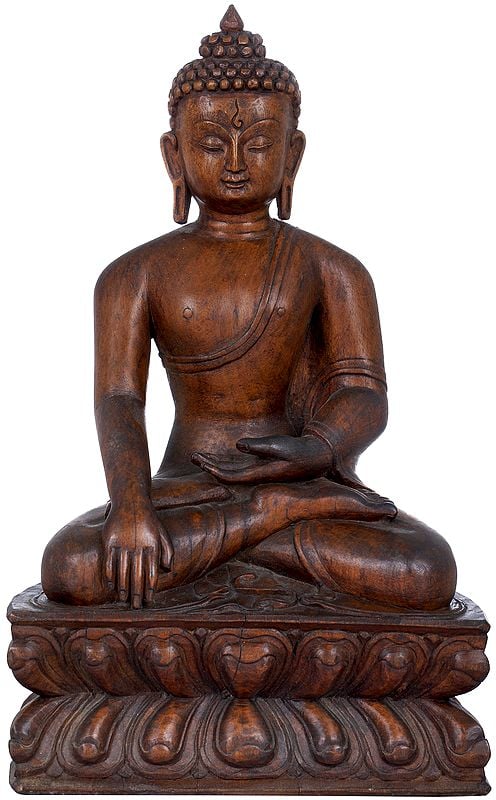 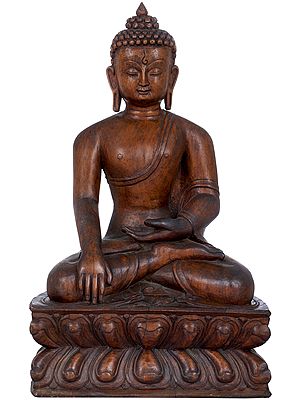 $555.00
FREE Delivery
Under the Bodhi tree, the seated Siddhartha Gautama borders on Enlightenment. In one life He has lived the ways of the Shakyamuni, the renunciate, the wanderer and mendicant, and the ascetic. After numberless cycles of birth and death and birth anew, it took him a single glance at well-being, senescence, disease, and death, each juxtaposed against the other, to set off in search of the truth in this lifetime.

The chhavi (image) of the Buddha captured in this sculpture subsumes all of that. All of the suffering that had stained the now pacified citta, the pleasure and the pain alike. He is now steeped in profound contemplation, perfectly withdrawn into the infinitude of samadhi. His legs are gathered in a fine padmasana and a hand rests on His lap, the palm of which faces skyward in keeping with the traditional contemplative stance of Indian yogis. With the other hand, He extends His sparsha (touch) to the bhoomi (earth) beneath Him, calling upon it as witness to His Enlightenment.

Carved from a block of pure homegrown wood, the composition is a deep earthy monotone. Perfect symmetry pervades the Buddha’s shoulders and limbs, from the thoroughly immersed countenance to the lotus pedestal He is seated on. The sheer skill of the sculptor could be deduced from the frontal curvature of the figure’s abdomen and the finesse of the digits.