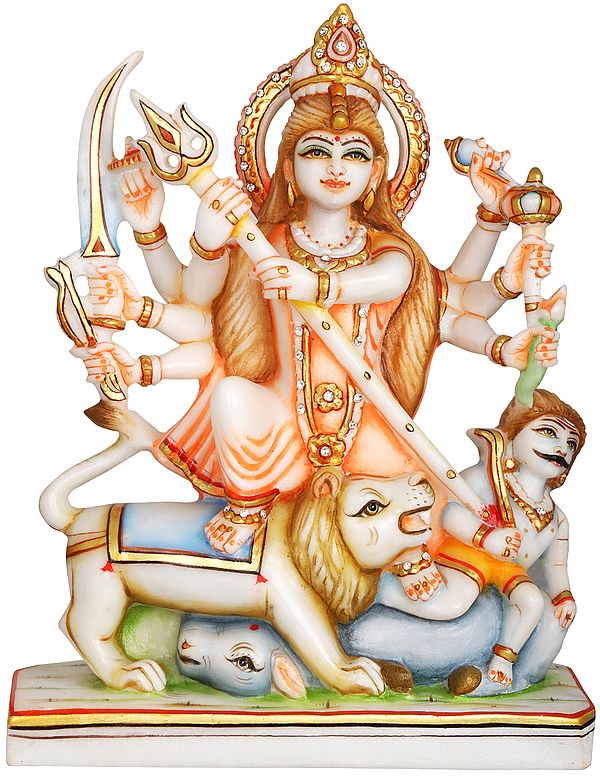 Mahishasura Mardini was an epithet given to Goddess Durga, when she killed the Buffalo demon Mahishasura. This demon waged a war against devas and as the asuras and devas were in conflict, Mahishasura gained a boon that no man could kill him which caused the defeat of devas. Therefore for the victory of good over evil, all devas combined their powers to create Goddess Durga (killer of Mahishasurmardini). This white marble statue aptly depicts the same with the Devi in action of killing the demon. The sculptor has beautifully carved the statue depicting each and every action, features and expressions in a précised and smooth carve.

Goddess has her one leg supported by her vahana, Lion and the other placed on Mahishasura’s lap, with the anterior hands holding the killing weapon, Trishul that hits the demon in his chest explained here with the red blood stains. Durga in her eight handed form represents the eight directions and holding all the iconic weapons symbolizes her presence in every direction to safeguard the worshippers. She is garbed in bright peach shade silk and gold treasures embellishing her body complement with the stylized gold haloed crown that glorifies on her long golden-brown hair.

The sculptor has given due attention while carving out the expressions of all the characters highlighting their inner feelings. The posture of Durga, Lion and Mahishasura are accurately formed with one over other, depicting Durga to be the supreme one who rides the ferociously formed Lion, who supports the Goddess in putting an end to the demon, who lies at the bottom suppressed beneath the Lion. 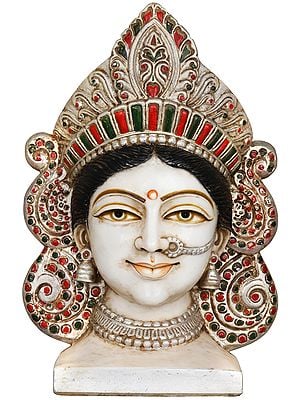 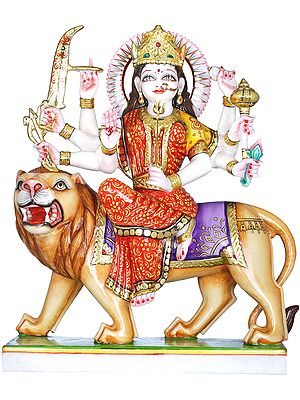 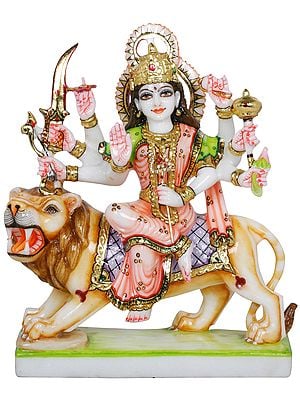 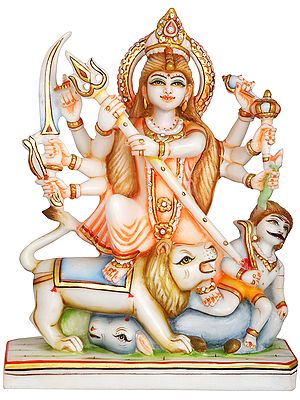 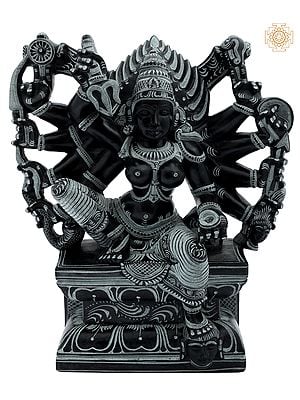 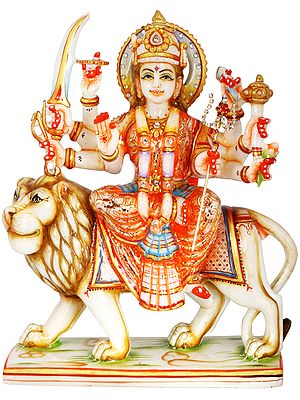 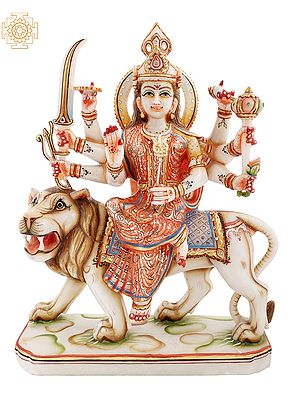 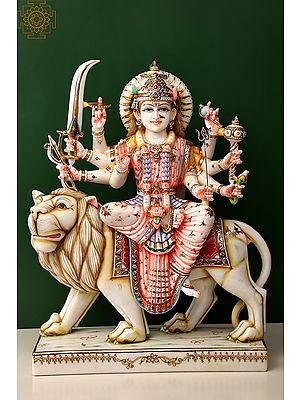