Navagraha Deities With Their Respective Vahanas 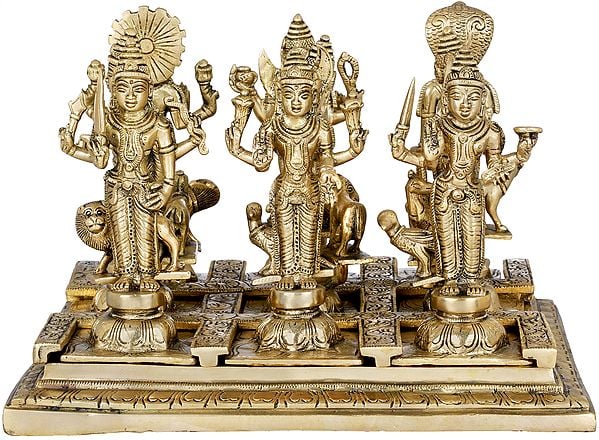 Navagraha Deities With Their Respective Vahanas

The Navagrahas or the nine planets are regarded as having greatest astrological significance by Hindus. The creation of planets preceeds that of the living beings, hence some sort of cause and effect relation subsists between the two. The Navagraha deities stand with their vahanas each on inverted lotuses, which are kept on stylized rectangular pedestal having nine low heighted square sections, three in a row. The nine planets with the corresponding deities are: Ravi (sun), Soma (moon), Mangala (mars), Budha (mercury), Brhaspati (Jupiter), Sukra (venus), Sani (Saturn), Rahu and Ketu.

Surya is the chief and solar deity who presides over Sunday, faces east, holds lotus in each of his two hands and his chariot is driven by seven horses. Chandra or Soma represents the mind, feminine nature, beauty and happiness; holds white lotuses and rides on a two or three wheeled chariot drawn by ten horses. Mangala, the ferocious god carries mace and javelin weapon. He is the Tamas Guna in nature and represents energetic action, ego and confidence. He controls the muscular system of body and rides on Ram (a Sheep). Buddha, son of Chandra, carries sword, shield and mace. He rides on a lion and symbolizes intelligence and communication. Brihaspati is the guru of devas and is praised in many hymns of Rig Veda, showcasing knowledge and teaching. He holds a book and rosary and is driven by eight horses on a golden chariot. Sukra is the preceptor of daityas and guru of asuras. He holds a nidhi (treasury), staff, rosary and water pot, symbolizing love, passion, wealth and fortune, if positioned well in one’s horoscope; driven by eight horses in a golden or silver chariot. Sani is the most troublesome god and is capable of breaking fortunes by his influence and position. Saturn is the darkest planet symbolizing longevity, misery and grief. Lord Sani is a demi god who rides on a vulture or a buffalo and holds arrow, bow, javelin and a blanket. Rahu is the god of North Lunar node, carrying sword, shield, lance and a book. Ketu is the god of descending, having an ugly face, rides on a vulture and holds a mace. He is the representation of karmic collections both good and bad, spirituality and supernatural influences. Rahu forms the face and Ketu is the serpent tale.

All the grahas (deities) have crowns and are adorned with jewels. They symbolize the seven days of the week in the above chronological order starting from Sunday. 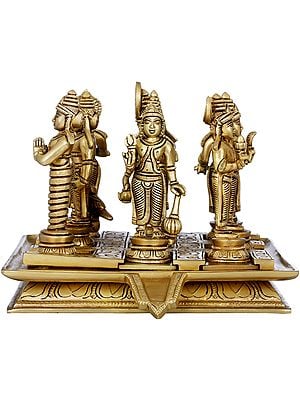 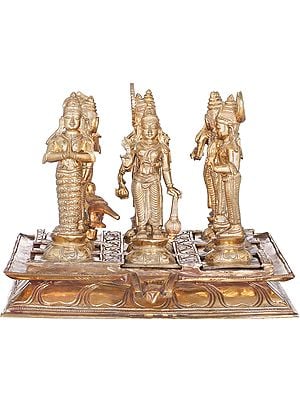 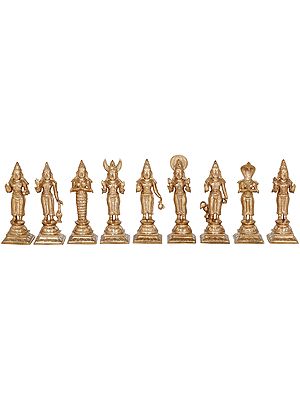 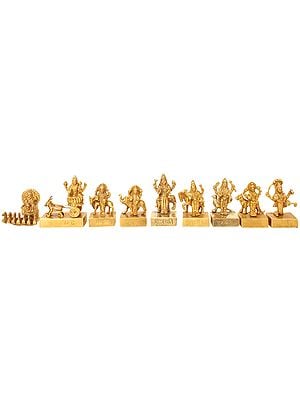 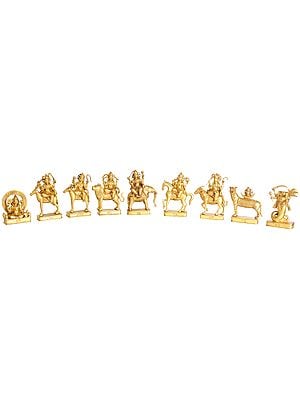 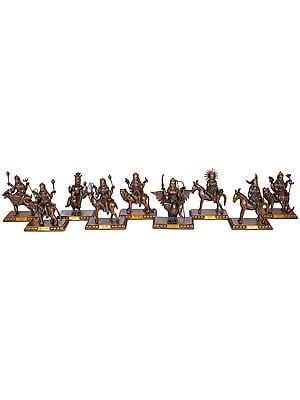 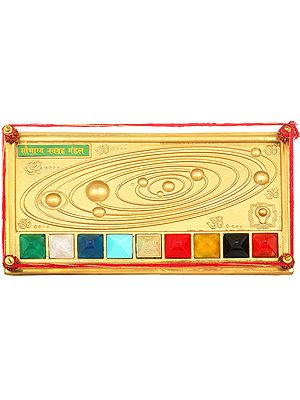 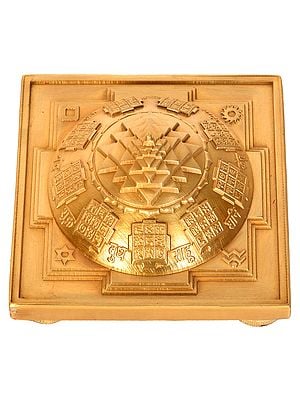 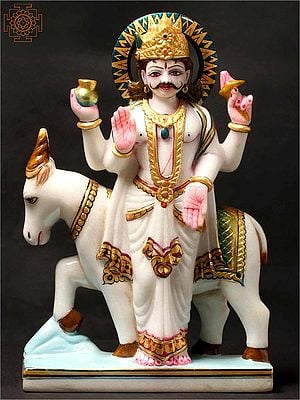