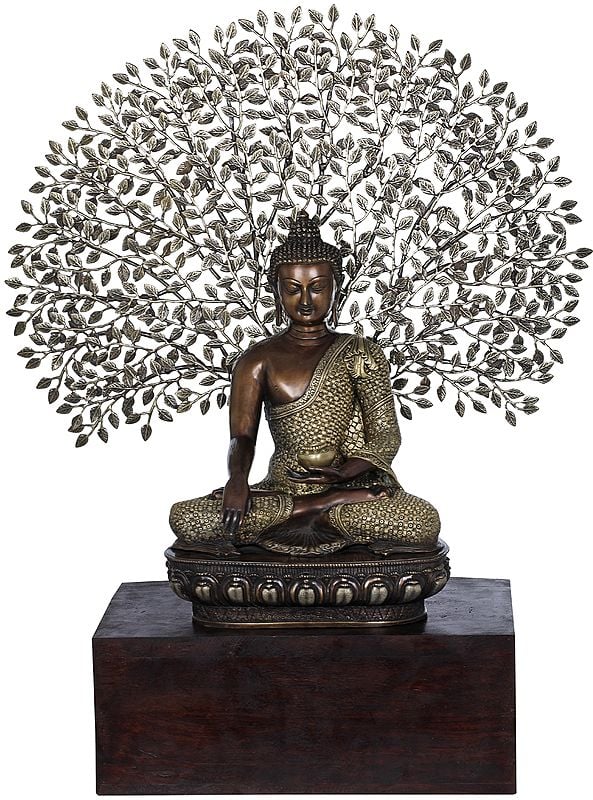 $1895.00
(Rated 5.0)
Few images are more calming to the psyche than that of the poorna-padmasana Buddha. He is stable and serene, exactly as has been expounded in the Paatanjala-sootra sthirasukhamaasanam. As rooted to His asana as the tree behind Him, His mind teeming with enlightenment like the tree with its multitude of branches and leaves and life. A highly characteristic reserve marks the countenance. In His hand is the medicine-bowl of Tibetan lore (not to be mistaken for the mendicant’s bowl), which makes this image as healing as it is soothing.

The glamour of the Bodhi tree has been captured by the artist with not only skill but also shraddhaa. Shraddhaa, an integral part of the six-fold inner wealth of Shankaracharya, is the word for the kind of devotion that leads one to such spiritual truths and treasures. The same reflects on the high-precision finish of the tree - from the curvature of the branches to the vasculature of the leaves, it is almost quivering with life. An engraved lotus pedestal forms the seat of the Buddha figure. The inner petals are finished with a delicate silver hue, and are seemingly gathered atop a broad-based stem that bears geometric engravings. The whole composition is placed atop smooth block of wood, wherein the Buddha together with His pedestal may be repositioned. 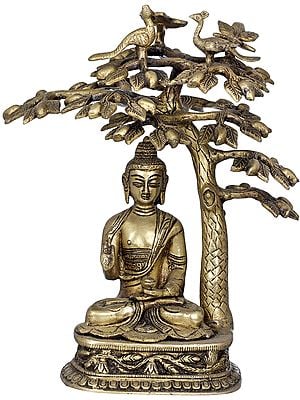 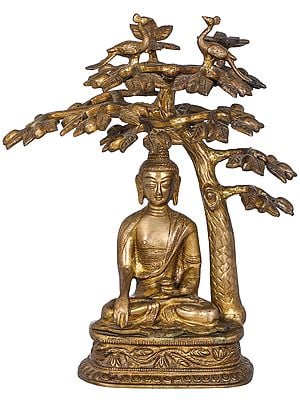 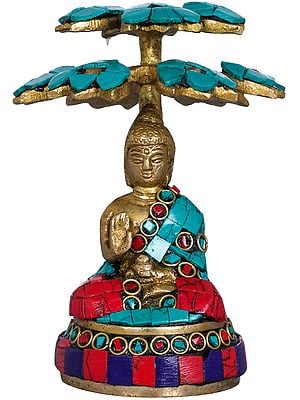 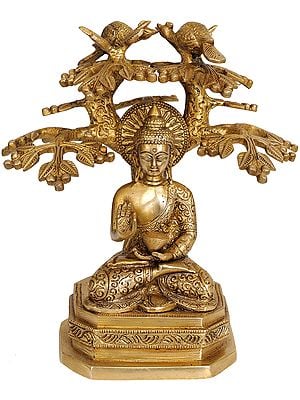 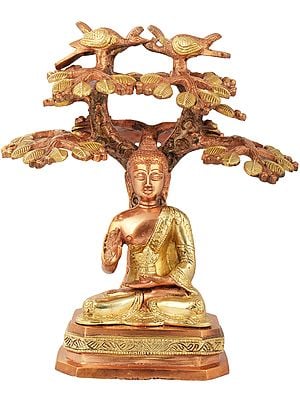 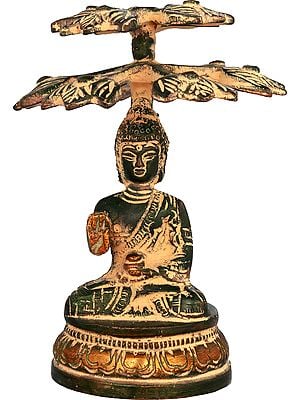 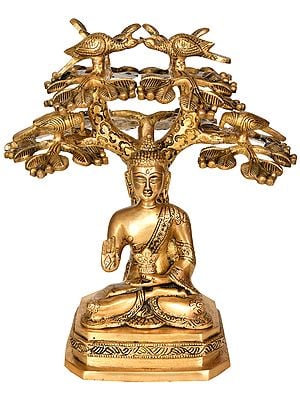 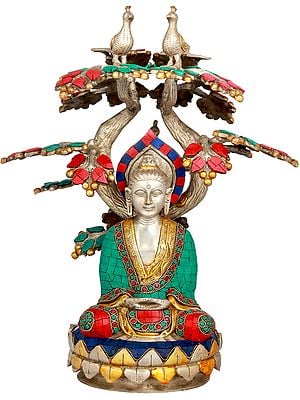 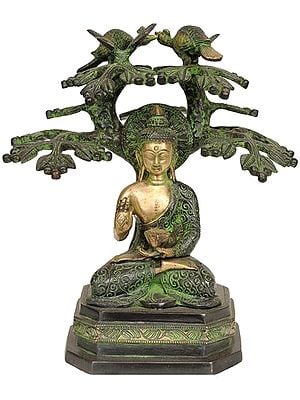 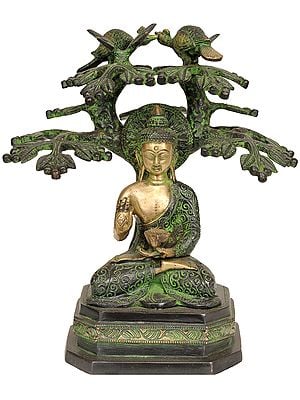 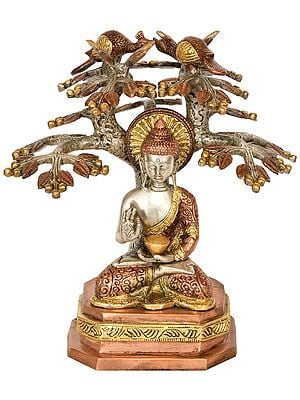 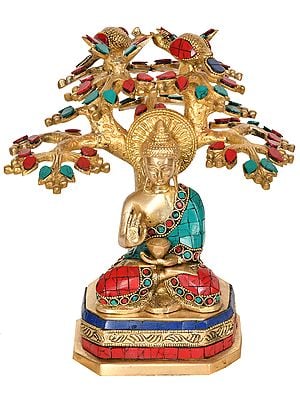 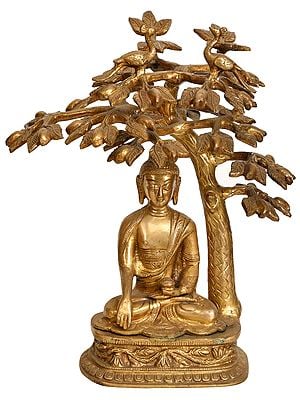