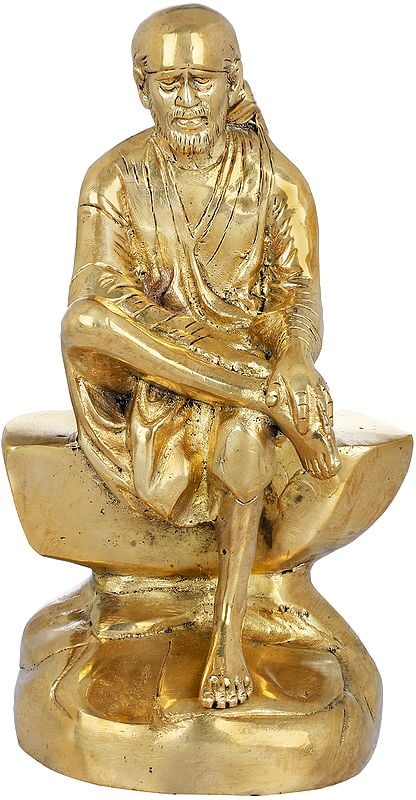 This is the statue of a spiritual Guru Sai Baba. Devotees call him as saint and fakir. He was born in a Brahman family and later brought up by a Muslim fakir and his wife. He believed in true devotion, inner piece, charity, love and forgiveness. He gave the name ‘Dwarkamai’ to the small mosque in which he lived, which is situated in Shirdi (a small town in Maharashtra). He never cared about his identity of being a Hindu or Muslim. He always condemned the division of caste and religion as both Hindu and Muslim were among his disciples and followers. He was given the name ‘Sai’ by a priest Mahalsapati, when Sai Baba came to Khandoba Temple in Shirdi and Mahalsapati welcomed him by saying ‘ao Sai’ (welcome Sai). Some of his axioms were, Sabka Malik Ek (God is one), Allah Malik (God is king), referring to both Hindus and Muslims. He is professed to be an avatar (reincarnation) of Guru Dattatrey. Thursday is Sai Baba’s day as Thursday means Guruwar (day of Guru) and Sai Baba was considered a guru or a teacher for all.

Sai Baba had miraculous and extraordinary powers which he used for helping others, especially those who were upset, broken or depressed. Baba gave udi or vibhooti (holy ash) from dhuni (sacred burning fire) to his devotees. It is believed that this udi has powers of healing anybody internally or externally.

Sai Baba in this sculpture is sitting on a thick and high stone structure similar to the shape of a drum (damru). Left leg is touching the first layer of stone and right leg is resting on left thigh in a slight diagonal position. He is wearing kafni and a head scarf knotted over his left shoulder. This was his regular apparel as he believed in having simple and necessary clothing only. Left hand is on right foot and right hand is touching the right leg and left hand. He has a beard and moustache on his face representing his years of tapas and his core knowledge.

This heavenly and beautiful structure of Shirdi Sai Baba is definitely a good piece to be kept at home or office for purity and selflessness. 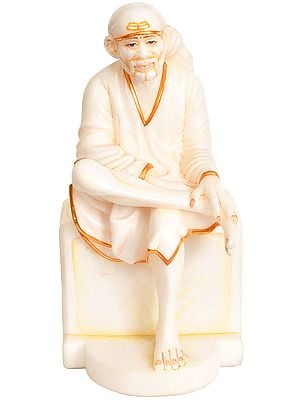 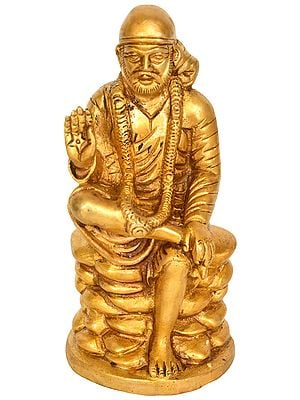 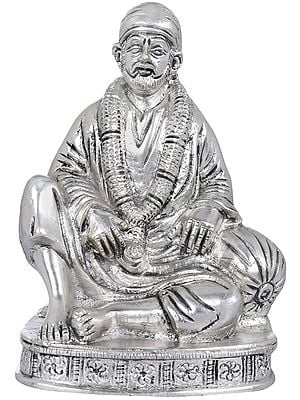 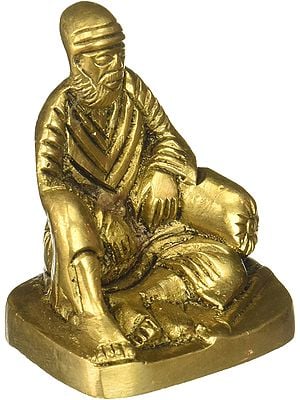 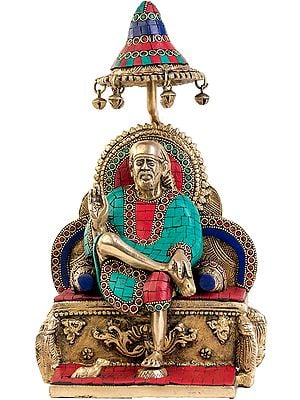 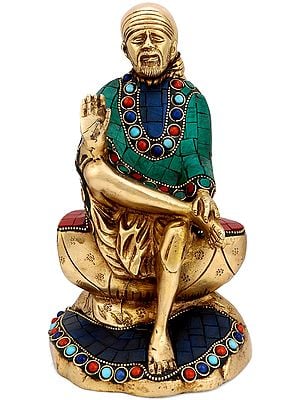 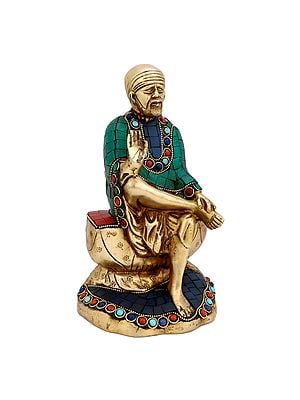 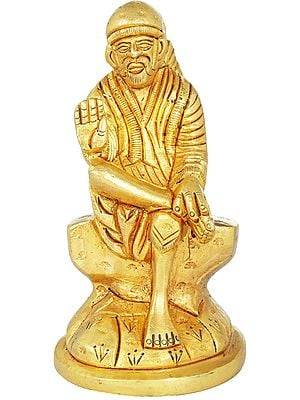 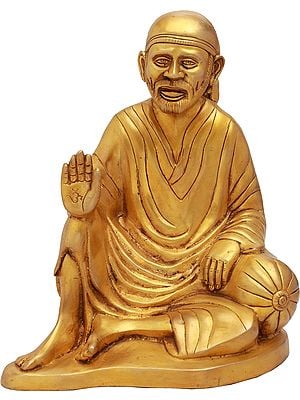 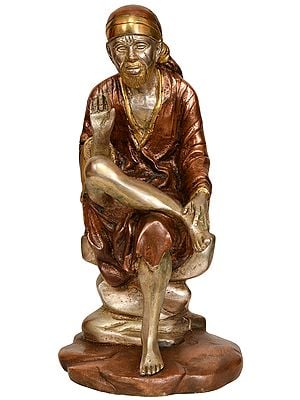 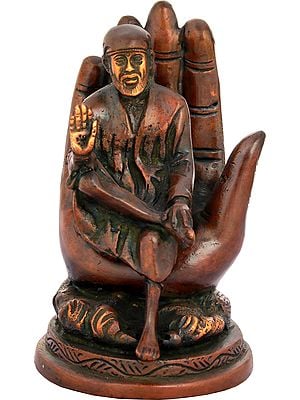 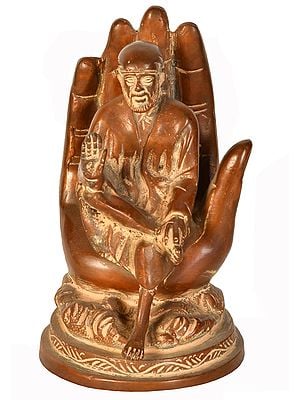 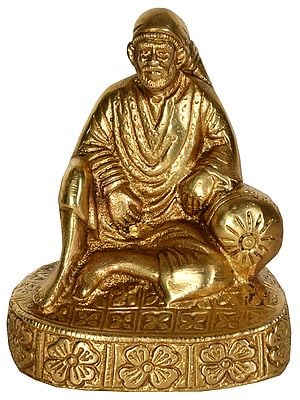 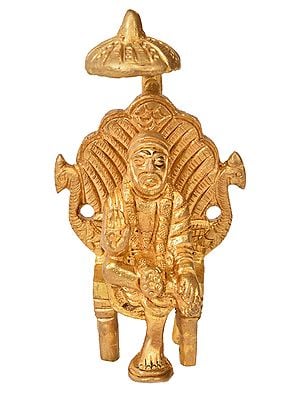