The Vedic Vision of Garuda 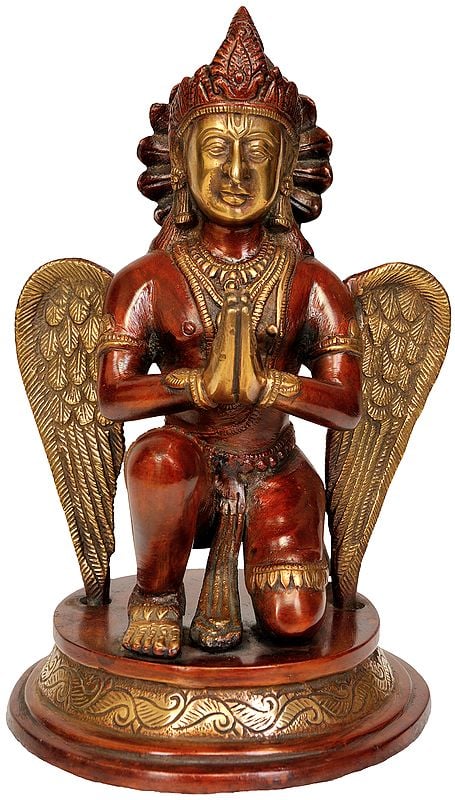 $168.00
This sculpture depicts the man-bird Garuda, who is not only Vishnu’s mount, but also his chief devotee. He is shown in conformity with iconographic conventions as a youthful man with bird wings and a beak-like nose.

Garuda kneels in adoration on a circular lotus base with hands folded in the gesture of adoration, the namaskar mudra. He wears a crown and numerous jewels, signifying that he is a deity in his own right.

The mighty Garuda has his earliest reference in Vedas, where he has been invoked by the name of Shyena, the golden bird. In Vedic literature Shyena had brought nectar to earth from heaven; in 'puranas' the bird that brought it is Garuda. Thus, Shyena and Garuda are the same. The sculptor here has depicted the Vedic vision of Garuda, with his golden body shining forth in splendor.

This sculpture was created in the central Indian city of Aligarh.

Free Shipping. Delivered by to all international destinations within 3 to 5 days, fully insured.