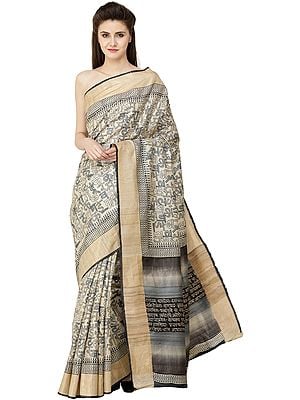 $191.25$255.00  [ 25% off ]
The eastern state of Bihar is the home of tussar, an endemic silk that is at once recognisable by its earthy sheen and creamy ivory colour. Having been cultivated by various tribal groups of the region since before the colonial era, the art of working with this fabric is now a thriving cottage industry in rural India. It is from the finest tussar produce that this saree has been handpicked to go into our collection, given its eclectic concept. The Sanskrit varnamala dominates the field of this saree. The letters are done in outlined, solid-coloured, and dotted variations, which give it an appeal of the unconventional despite the saree being a traditional Indian silk and the script ancient.

Conventionally, tussar silks have been worn by upper-caste women during the ritual preparation, cooking, and eating of meals within the home. The practicality and ritual correctness of this variety of Indian sarees comes from the fact that the tussar fabric is fairly water-resistant and repels stains. The modern-day woman dons the most exquisite tussars such as this one on more glamorous pursuits outside the home. The woven border is neither too thin nor too thick. It is set off by rows of a dotted pattern, and a line of dancing silhouettes filled in with black. An interesting gradient of black and ivory characterises the endpiece, punctuated with a panel of text in the Sanskrit language. Team this saree with a set of understated gold ornaments to make the most of its singular appeal. 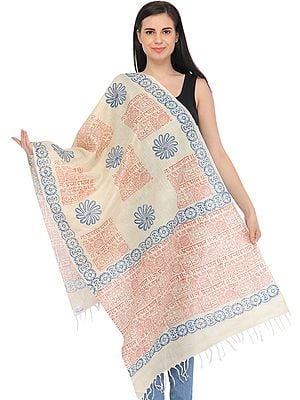 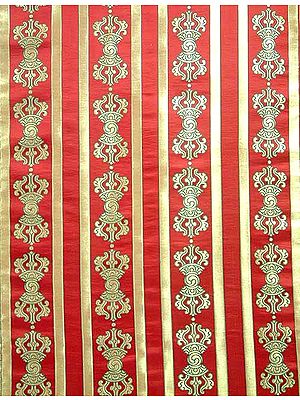 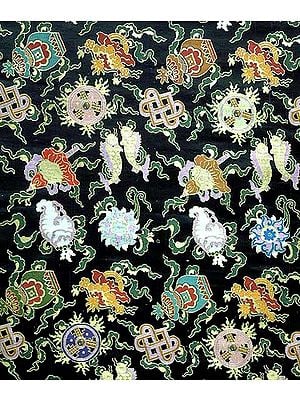