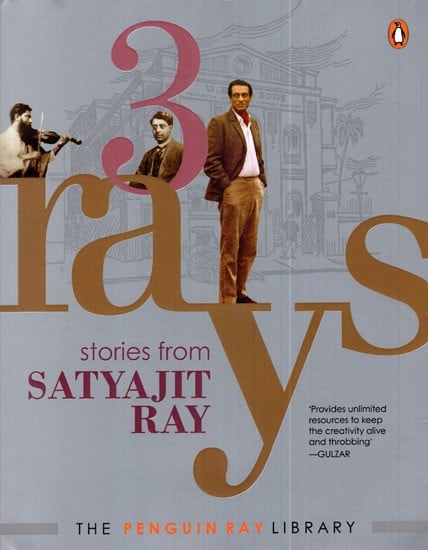 On the occasion of his centenary birth anniversary, 3 Rays: Stories from Satyajit Ray, the first book in the Penguin Ray Library series, opens a window to the brilliance of this Renaissance man. With more than forty stories and poems, along with many unpublished works, autobiographical writings and illustrations, this volume offers a unique glimpse into Ray's creative genius.

SATYAJIT RAY (1921-92), one of the greatest film-makers of our times, received the Oscar for Lifetime Achievement by the Academy of Motion Picture Arts and Sciences in 1992. He was also honoured with the Bharat Ratna the same year. A polymath and polyglot, Ray was not only an ace designer but also a brilliant music composer and illustrator. His writings for children, young adults and adults continue to attract readers across the world.

My earliest memories of my grandfather's (Sukumar Ray) nonsense rhymes and great-grandfather's (Upendrakishore Ray Chowdhury) folk tales go back to my childhood days—even before I started reading-listening to them from my grandmother every day before she put me to sleep. Later on I became aware of their other contributions in printing, typography, songs and illustrations-primarily through the children's magazine Sandesh founded by Upendrakishore in 1913 and later edited by Sukumar and then my father, Satyajit Ray. While Upendrakishore was a gifted illustrator and painter, Sukumar illustrated his inimitable nonsense rhymes with his unique sense of imagination. Baba, too, started his writing career in Sandesh, when he revived the magazine in 1961 after a long gap. Soon he became an extremely popular writer for young people, writing detective fiction, science fantasy and other stories bordering on supernatural. Baba took up translation of Sukumar's and Upendrakishore's literary works in his leisure time; usually in between shooting of films. It stemmed mainly from his desire to present them to a wider readership. Both Sukumar and Upendrakishore—although being immensely popular in Bengali literature—have not been translated much, and hence practically were little known outside Bengal. It is an interesting fact to note that Baba started translating Sukumar's nonsense rhymes quite unexpectedly, while waiting at an airport lounge due to a long flight delay. Then there were occasional requests from English periodicals for stories and that is how Heshoram Hoshiar and the folk tales by Upendrakishore got translated. During the post-recovery period from his heart ailment, Baba turned to translation once again because he was stuck for original story ideas, and thus there was a phase where he translated quite a few of his own stories at one stretch.

The present volume is a compilation of some of Sukumar's and Upendrakishore's writings translated by Satyajit Ray, along with translations of his own stories. It brings together the diverse literary creations by the three Rays-ranging from simple, innocent folk tales to quirky humour of nonsense rhymes, culminating in the modern world of crime, fantasy and macabre. It also includes Baba's only two original English stories written during his art apprenticeship days in Shantiniketan in the early forties. During the filming of Goopy Gyne Bagha Byne from his grandfather's story, Baba made a film version of the story as a prequel to the actual scenario. This previously unpublished piece has been unearthed from his film notebooks along with his sketches and doodles. A few unpublished translations of his own stories have also been recently discovered. 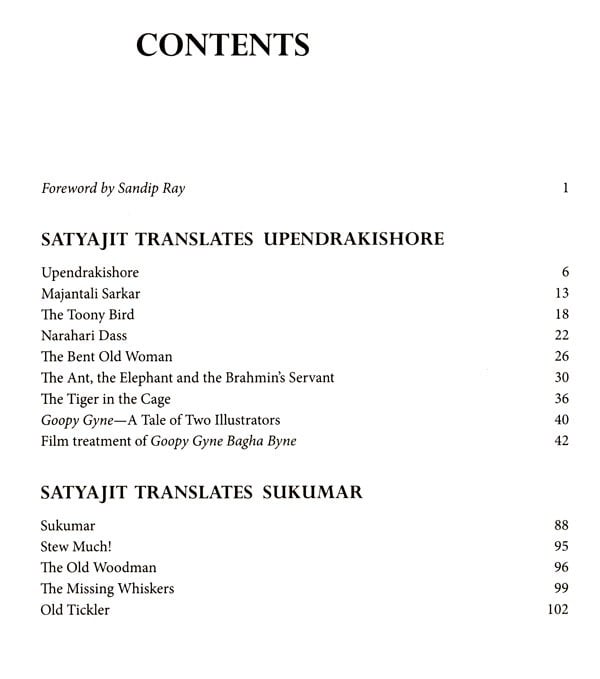 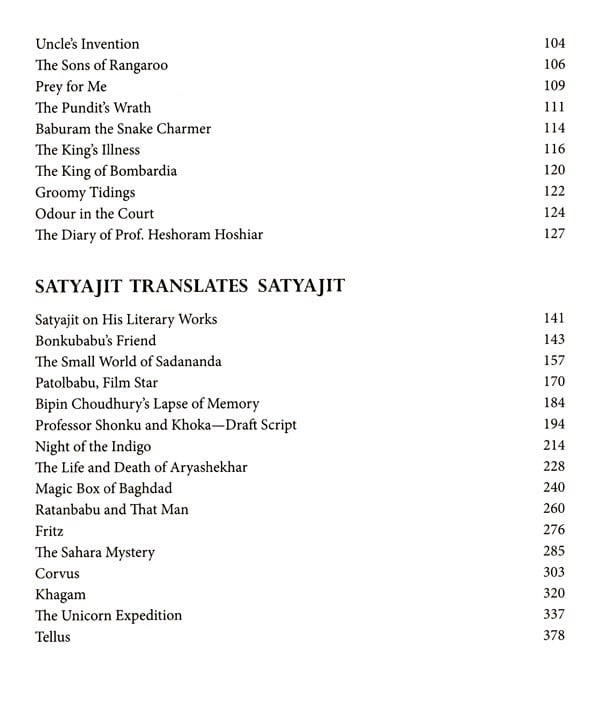 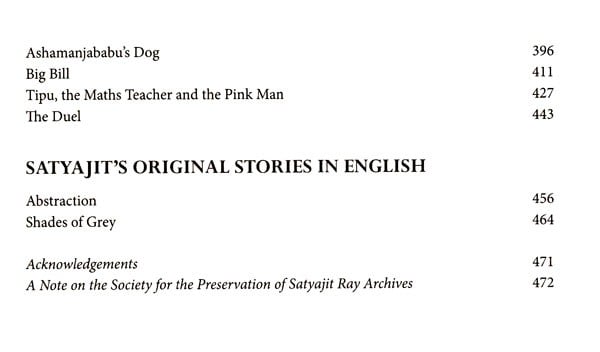 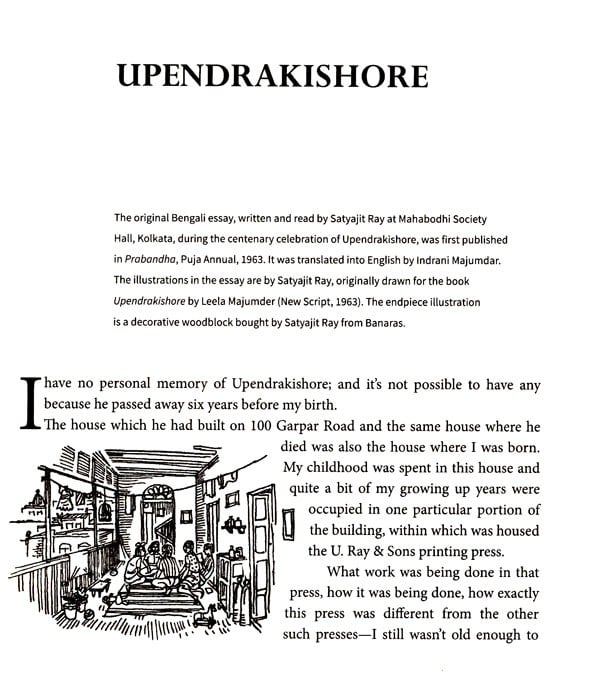 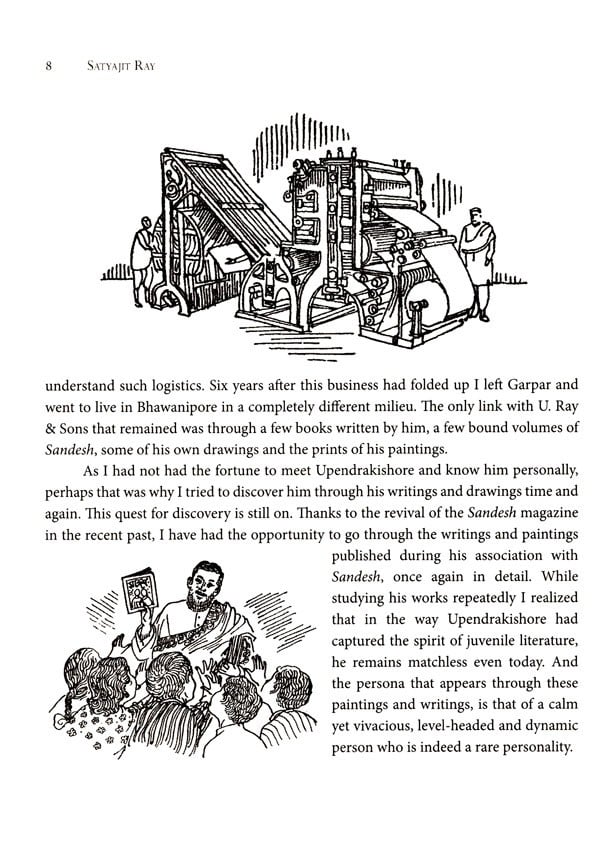 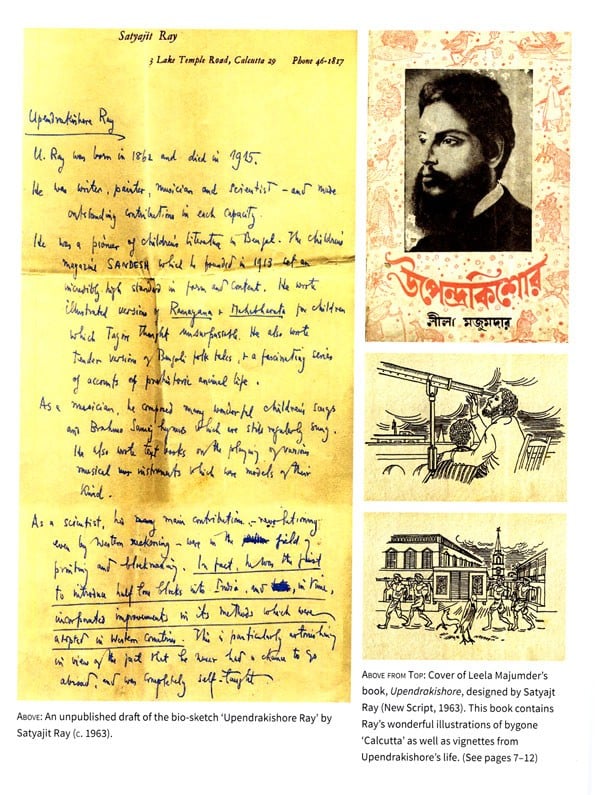 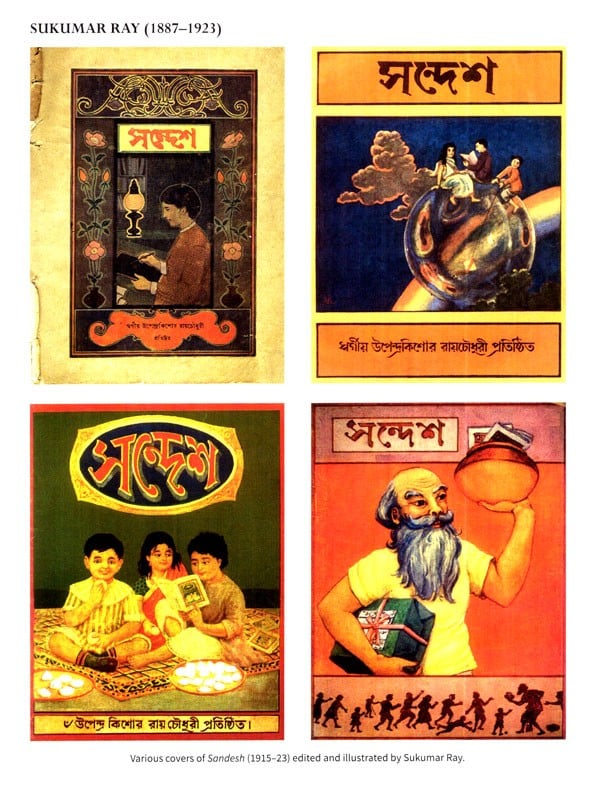