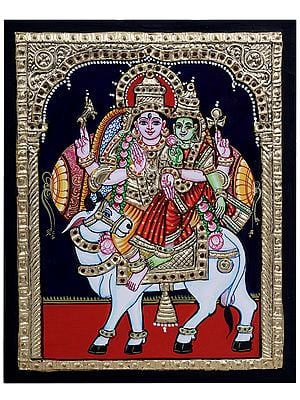 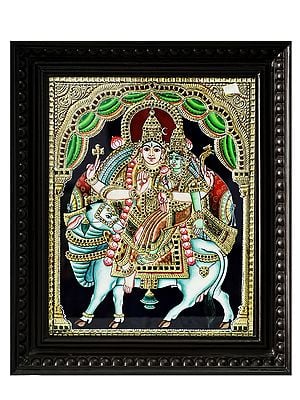 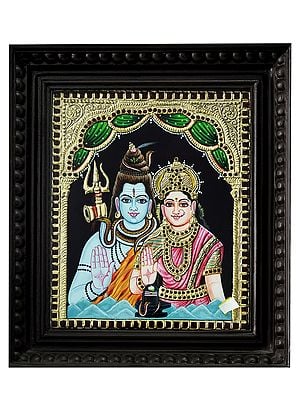 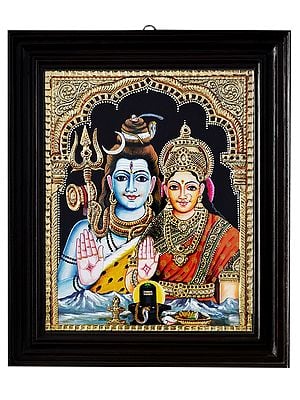 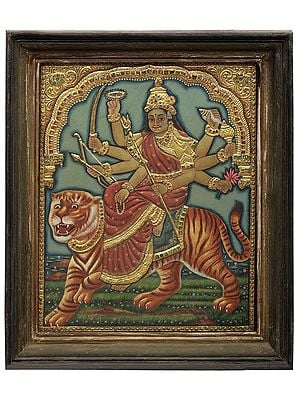 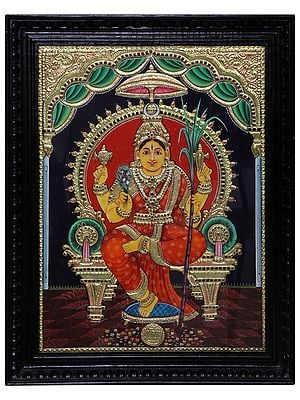 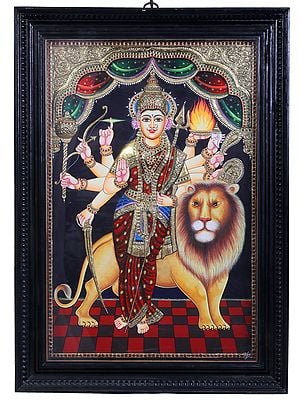 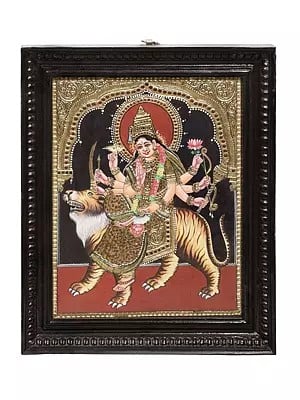 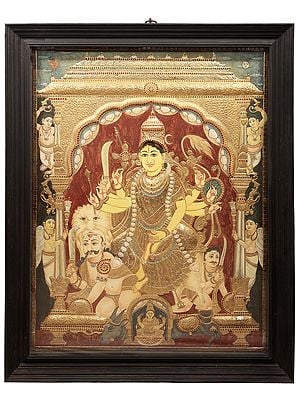 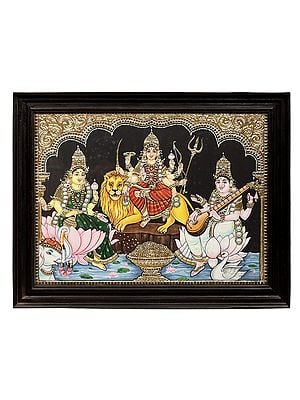 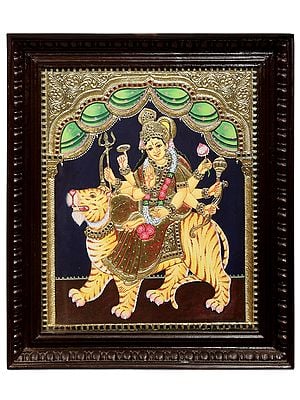 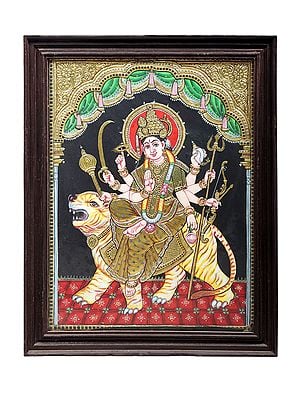 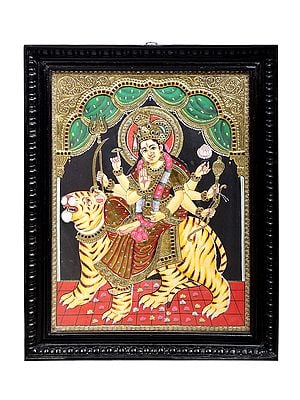 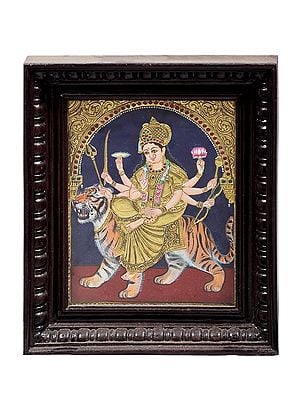 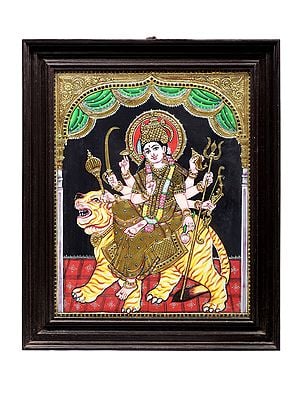 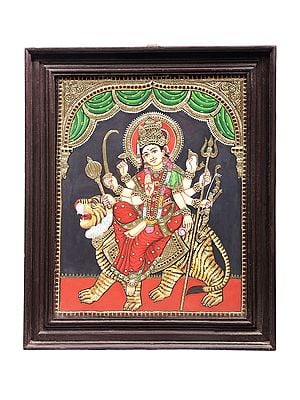 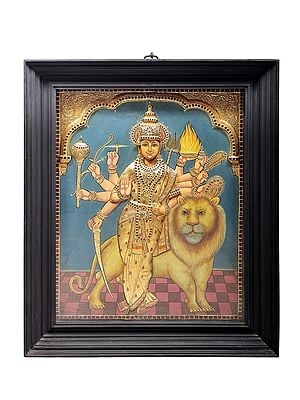 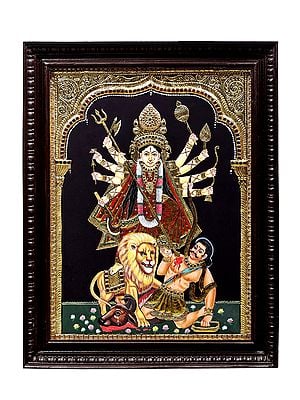 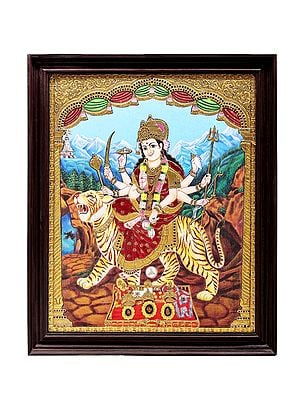 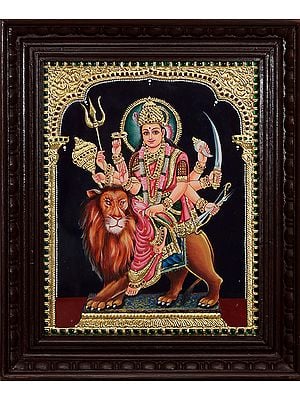 The most Mighty feminine embodiment of the Hindu pantheon, Ma Durga

There are numerous incarnations of Durga. To prevent additional demons from ever being created from each droplet of a monster's lifeblood, Mahakali, the deity of gloom, swallows Rakhtbeej's blood. She destroys the demon while assuming the extreme form of Chamunda. Shumbha and Nishumbha, the twin devils, are destroyed by her in the form of Kaushiki, the dark-colored deity. Goddess Saraswati and Goddess Lakshmi are the embodiments of wisdom and prosperity, respectfully, in Durga. As Parvati, she exemplifies the perfect wife's characteristics of love and loyalty to her husband.

Every time demonic forces attempt to disrupt the working of the cosmos, the Almighty Lord immediately neutralizes them with His limitless capabilities. Goddess Durga is one of the feminine aspects of the Absolute Brahman, also known as Devi, Shakti, or the irresistible force. She is considered as the primary principal source of birth, preservation, and annihilation. The Shiva Purana narrates the origin of this celestial female essence (Durga). Shiva summoned Her from His left Half before to the cosmos' formation and used Her assistance to establish Shivaloka. It goes on to say that the demon Mahishasura, a son of Rambha, once wrecked havoc on Bhuloka (Earth) and vanquished all the gods of heaven, putting their survival at risk.

When Lord Vishnu heard about such occurrences, He poured out a huge volume of light that merged with similar rays emanating from the mouths of those deities. This intense light turned into Durga, a powerful female deity who confronted Mahishasura to a duel. All of Mahishasura's troops, including Mahahanu, Asiloma, Durdhara, Chamar, Chikshur, Vidalaksha, and others, had malevolent motives, and they all assaulted Devi Durga at once. Devi challenged every one of them with unsurpassed brutality while brandishing the celestial weapons, slaying Mahishasura as he sought to kill her in numerous animal avatars.

Because they believe she is shakti incarnate, the male deities of Hindu mythology provide various weapons to combat the bad forces. Shakta Hindus view these weapons as allegorical, expressing self-control, sympathy for everyone else, sacrifice, devotion, loyalty, recollection of her mantras, pleasure, and contemplation. As the almighty mother of all life and the "Self" within, Durga is worshiped. Knights have worshiped her, asking her to bless their new weapons. Hindu traditions have allowed for considerable flexibility in Durga imagery; for instance, many academics may hold a pen or other literary equipment in her hand because they regard their stylus as a weaponry.

Worshippers have the opportunity to bring offerings to deity Durga on the days of Navratri in order to petition for her graces. The traditions and religious practices of the period teach these people the concept of balance, which is highly beneficial in everyday life. When they perform yagnas and purification rituals for the goddess throughout this period, worshippers develop psychological calm. It is believed that worshippers revere Durga in order to be comfortable, to purify their souls in order to become holy, and attain enlightenment. Worshippers can concentrate on their routine with the support of a pure mind.

The woman who radiates feminine courage is known as Goddess Durga. She is represented as a deity having feminine vigor, might, determination, wisdom, and wrath that transcends far beyond this material realm in a plethora of Hindu scriptures.

The miracles of having Tanjore paintings of Goddess Durga

In the Tanjore paintings, Durga is famed for showing both the strength of women and heavenly and uplifting energy. According to Hindu mythology, each of these qualities must combat evil and demons in order to protect one's home from evil. She is renowned for protecting and defending other Religious people from the evil eye.

Goddess Durga’s name means the one who can never be defeated.

Q2. Why is sometimes Devi Durga represented riding a tiger?

Durga on a tiger symbolizes that She has limitless strength and exploits it to preserve righteousness and vanquish wickedness.