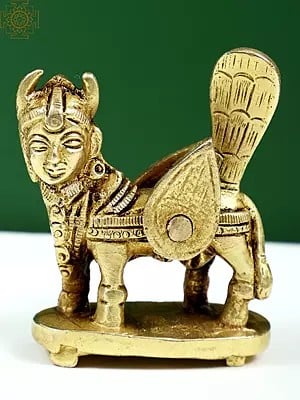 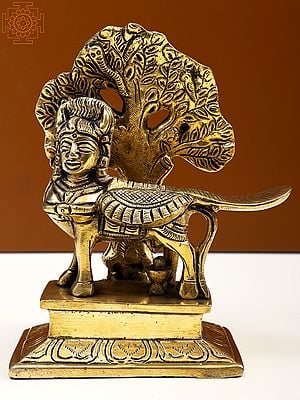 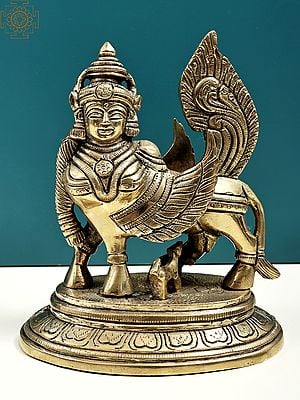 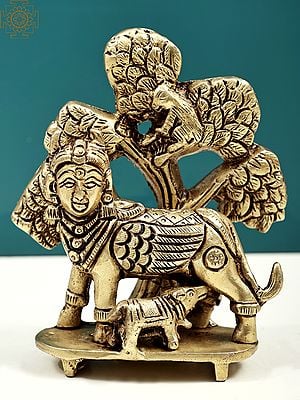 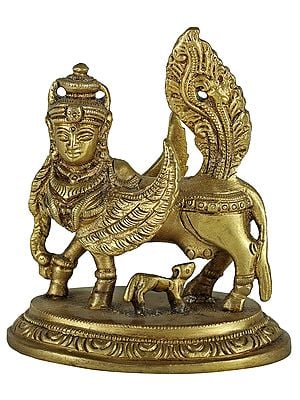 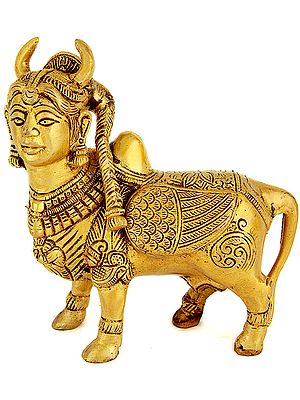 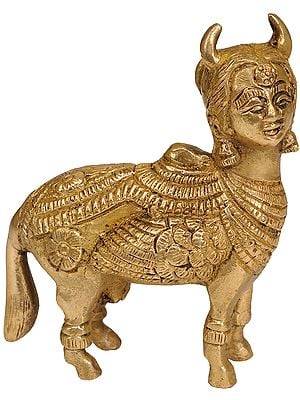 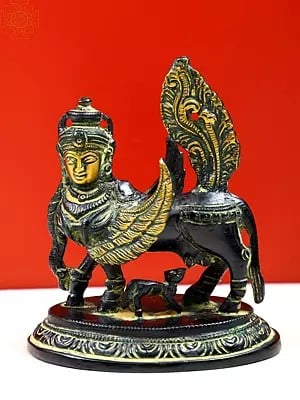 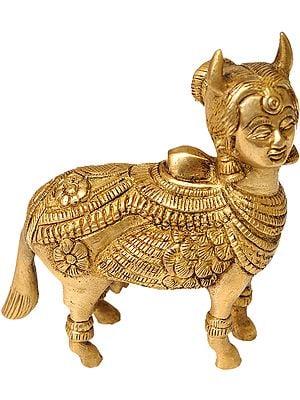 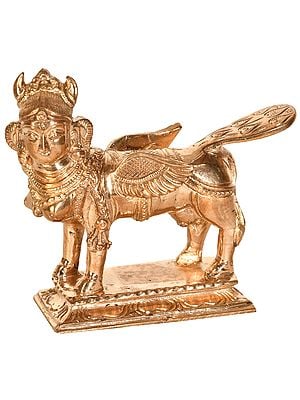 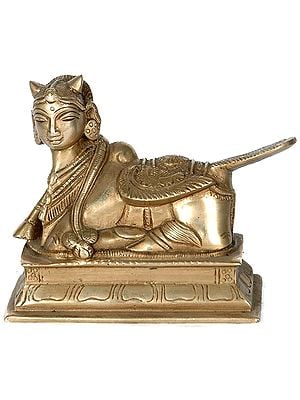 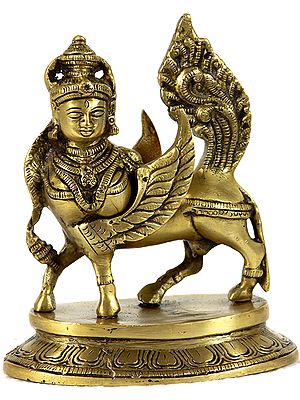 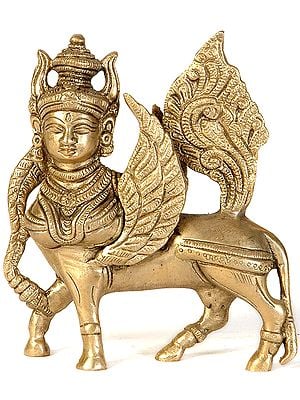 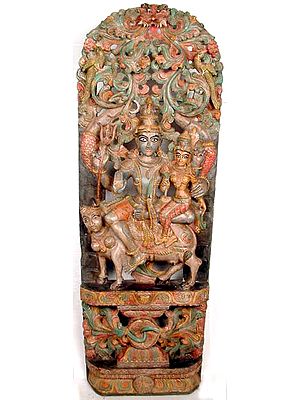 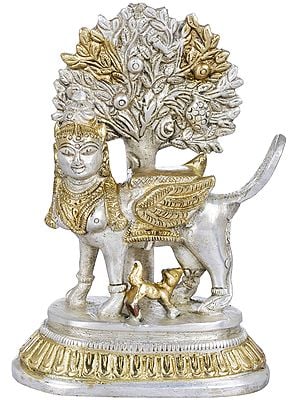 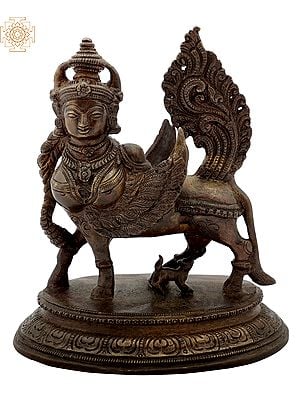 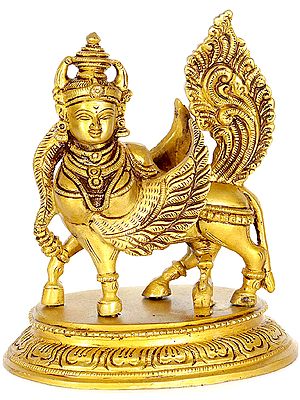 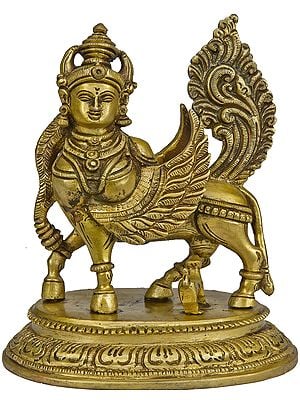 The Celebrated Gomata, Kamadhenu, the worshipped mother, sanctifies you with her holy presence and wish fulfilment powers

Hinduism considers the "Gomata" or the cow as their sacred symbol. Hindus from all around the nation, from each and every linguistic identity and culture, deeply believe in worshiping the cow. This is because Hindus think about all cows as parts of Mother Kamadhenu.

The name Kamadhenu came from the Sanskrit root, "Kamaduha", which signifies, "the cow of bounty" and "the one through whom all wants are satisfied".

Kamadhenu is adored as the heavenly wish-satisfying cow goddess, as indicated by Hindu folklore. She is considered the mother of cows, and additionally of the eleven Rudras. This revered, extraordinary cow gives her proprietor anything at all that the individual at any point wants. Kamadhenu is alluded to as Surabhi, which, when interpreted signifies "the Fragrant One". It could likewise mean the one with the satisfying, calming smell. For the most part, it could allude to the common smell that cows exude. This god is likewise here and there alluded to as Matrika, the Mother or the person who sets an example. Her different names incorporate Sabala (the Spotted One) and Kapila (the Red One).

There is no particular record of the birth of Kamadhenu. Various sacred texts give different viewpoints. It is widely known that the Divine Cow, Surabhi, arose out of the Samudra Manthan episode - when the Milky Ocean was being beaten. Consequently, she is viewed as the child of the Devatas and the Asuras. She was then given as a gift to the Saptarishis, the incomparable Sages. Brahma instructed that she ought to supply milk and ghee, to be utilized for sacrificial rituals/ Yagnas. The Anushasana Parva states that Kamadhenu was the child of Daksha, the God who made the world. As indicated by this, Surabhi was delivered from the burp of Prajapati (the Creator) Daksha, after he drank the Amrita (Nectar of Immortality), which came from the Samudra Manthan. Surabhi brought to this earth some brilliant cows, called Kapila cows. These cows were likewise viewed as the mothers of the world.

Q1. When was Kamadhenu born?

Q2. Where is the abode of Kamadhenu?

Various sacred writings give various records of Kamadhenu's home. The Anushasana Parva of the Mahabharata says that Surabhi, the little girl of Daksha, loved Brahma for quite a long time. Satisfied with her dedication, the Lord favored her, giving her Goddess status, declaring that she and her kids would from this time forward be adored by all on the planet. She was additionally given a whole world to run the show. In this way, she runs Goloka, which is the cow-paradise, past the three universes. Her girls dwell on the planet, coinciding alongside people. The Ramayana depicts Surabhi as living in the city of Varuna, the Lord of the Oceans. This city is accepted to be located in Patala.

The sweet milk she delivered is accepted to have made the Kshirasagara, the Ocean of Milk. The Udyoga Parva of the Mahabharata expresses that the milk had 6 distinct flavors and was the most nourishing thing you might at any point find. This Parva additionally portrays that Surabhi lives in the Patala, alongside her four little girls, the Dikpalis, or the gatekeepers of the cow goddesses. Surabhi watches the East; Harhsika, the South; Subhadra, the West; and Dhenu, the North.