The book attempts to recapture the material milieu, spiritual anchorage and power and authority of Saiva Siddhanta ascetics in the Vindhyan woodlands of central India during the early medieval times. In doing so, it also highlights contradictions that coupled renunciation with acquisitive monasticism, piety with power, and militancy with asceticism. The details tend to betray territorial ambition of the renounces who carved out a vast network of prosperous mathas the spectacular structures generally ignored in our studies so far- as their strongholds amidst the raw and hazardous woodlands (atavis) lived by indomitable autochthons (atavikas). The book highlights the renouncer-woodlander coalition institutionalized under the monasteries, temples and sculpture. Sculptures among these, in particular, portray queer female deities, fierce goblins, banshees and ascetics too, all integrated with conventional divinities, which composed the Saiddhantika monastic art and architecture.

This narrative attempts to recapture, the material milieu, spiritual anchorage, power and authority, and the artistic quest of Saiva Siddhanta ascetics in the Vindhyan hinterland of central India during the early medieval times. In doing so, it also highlights contradictions latent in the phenomenon, the contradictions that coupled renunciation with acquisitive monasticism, piety with power, and militancy with asceticism. The details tend to betray the inexhaustible territorial ambition of these renouncers who carved out a vast network of prosperous math as in the woodlands, which served as their strongholds. Presiding over these secure habitats, they stood as a trans-regional power, with a vast territorial expanse under their sway, exercising authority surpassing that of even the contemporary rulers who willingly submitted to them. These pedigreed ascetics proclaimed a well-knit genealogy of divine as well as rsic descent for legitimacy. They chose to live in the raw and hazardous woodlands (atavis) in alliance with its indomitable autochthons (atavikas). These atavikas were dreaded and forcibly restrained by potentates but protected and nurtured by ascetics. The comity between munis and atavikas explicitly comes out in the contemporary epigraphs as well as in iconography, the latter laden with queer female deities, fierce goblins, banshees and the ascetics too, all integrated with conventional divinities. The mathas along with their accompanying temples and their sculptures thus compose the monastic art patronized and promoted by the renouncers.

The formidable link between the munis, autochthons and woodlands must have been a major source of the ascetics' strength and ascent to power. It did not remain un-noticed. In the woodlands, where, as the evidence goes, even armies on the move were under threat, the rulers of the day sought the protection of the ascetics to buy peace and security. Thus, the potentates willingly submitted to them, reverently seeking and receiving formal initiation (diksa) into their fold, which brought them protection and support in return. With the rise of clerical power, the Vindhyan region, especially Gopacala and pahala, seem to have been parceled out among munis, potentates and traders where munis, in alliance with atavikas, controlled the hinterland; traders dominated the cities; and imperial rulers or local chieftains functioned from their distant capitals, supported by munis in the hinterland. That would also explain the prosperity and plentiful resources of mathas that grew unceasingly with grants by rulers and gift or levies from traders as the latter plied their trade transiting through the atavis. With such antecedents of empowerment, the munis, who were equally adept in wielding weapons and reading scriptures (sastra-sastra visiiradas, are found assuming eloquent royal titles like adhipati (overlord), ruitha (lord), ptila (protector), even mahibhrta, ('protectors of the earth'), with little compunction. In these pursuits, the powerful munis, in control of strongly built, fortified monasteries and endowed with immense material resources- wealth, revenue and privileges from village grants, arsenal, elephants and horses, artisans and craftsmen, law- enforcing contingents- secure in power, territorial extents and a grand following, seem vying with the rulers and diminishing their authority. The elaborately constructed, fortified and palatial maihas of the ascetics are visible material symbols of their supremacy in the hinterland, even today.

The rise of Siddhanta ascetics to power and authority thus seems fascinating for its content. The movement did not remain restricted to central India, its cradle. It assumed a pan-Indian presence by the tenth century and was growing progressively with monastic establishments in distant places as far as Bengal and Odisha in the east, Rajasthan in the west and Tamil and Andhra country in peninsular India. The emerging centres in those regions often declared their links with monastic establishments of central India, particularly the golakis of Rewa and Jabalpur regions. Such ascendancy of the Siddhanta ascetics seems best explained not by their spirituality, but in reference to their tryst with power and authority, territorial ambition, administrative acumen and political control. This work makes a modest effort to explore governing mechanism of the rise of a marginalized class, i.e., renunciants, in alliance with atavikus, the other class of outcastes. A full-scale study of the atavika culture and institutional organisation, underlining their polity, economy and other aspects, remains a desideratum and can be addressed profitably.

The outline of this work emerged in stages as I traversed through the hinterland of Gwalior region pursuing my research interests while working at the University of Gwalior. Though my publications on the subject started much before 1993, the ultimate fruition of my premises came later, thanks to the Fellowship. The facilities provided by the Archaeological Survey of India, the department I was affiliated to, propelled me to bring to conclusion the conceptualizations that would have otherwise remained embedded in my thoughts. I therefore take this opportunity to express my gratitude to the Ministry and the ASI. During the period of my studies and fieldwork (2012-15), the fraternity of scholars and other individuals generously supported me from time to time, and I wish to acknowledge it with a sense of gratitude and appreciation. My special thanks go to the former Director Generals of the Archaeological Survey of India, Professor Gautam Sengupta and Dr. Rakesh Tewari for their support and academic sympathy. They provided to me the facilities to make this work possible, and their confidence in me was inspirational. I am equally indebted to Professor Chetan Singh, Director of the Indian Institute of Advanced Study, ShimIa, who accepted me as a Guest Fellow (2015) to carry out my work in the most agreeable academic environment of the IIAS.

There are also others whose imprint will not be missed in the body of this work. In this respect, I am particularly beholden to Mr. Faiz Habib for three maps that appear in this book. These maps were prepared with the gracious support of Professor Irfan Habib. I am honoured by the generosity of Professor Habib and Faiz and profusely thank both of them for their help. I should also record my appreciation and gratitude to my former colleagues Professors S.K. Dwivedi and A.K. Singh of Jiwaji University and their family for their hospitality during the spells of my visit to Gwalior for this project. They, besides Professor R.P. Pandey and my pupils Mr. Sunil Tiwari and Sri Lallesh accompanied me from time to time to some of the sites near Gwalior. Sri Lallesh helped me in photographic documentation of monuments at Ranod, Mahua, Terahi and Kadwaha. Dr. Dwivedi was kind enough to read the Chandrehe memorial inscription for me, and Dr. Singh made available to me some of his published or submitted papers. I am grateful to them for all that and for sparing their time and offering me their valuable company. My thanks are due also to Professor G.C. Tripathi and Professor Radha Vallabha Tripathi: to the latter for translating the relevant passages of the Budhi Chanderi inscription of Ranapaladeva's time for my use, and to the former for sharing with me the information about an unpublished copper plate inscription from Odisha, now in the Allahabad Museum. I also thank Dr. Tamara Sears for sharing her insights about the monuments of our common interest. I would have remained oblivious of the vault at Chandrehe but for her information about it. I take this opportunity to thank her for this favour, for the photograph of the Indor matha (Plate 19) and for her learned research papers that I could read thanks to her generosity. I wish her book on the Learned Gurus ... had come to me before I had completed mine. Nevertheless, I do thank Professor Parul Dave Mukherji who kindly lent me this well-accomplished work later on.

This work attempts a survey of Salva Siddhanta monastic art and its prime movers in the hinterlands of mid-India during the early Middle Age. The exercise inter alia involves a review of woodland-based Saivite ascetics' of Durvasa and collateral lineages" in the hinterlands, their advent, growth and empowerment, their mathas and matha-based exclusive temples and sculptures which proliferated in quick succession in the woodlands of Gopacala (7th to 14th century) and Dahala- (10th to 13th century) amidst the central Indian Vindhyas. The Siddhanta monastic movement compels attention especially for its atavika (woodland communities) and atavi (woodland)-related antecedents. These antecedents, though generally passed over in studies so far," set out the perspectives of the ascetics' overarching presence in the inhospitable stretches of vindhydtavi' to the exclusion of other mainstream institutions of the day. The epigraphs, monasteries and the related temples that have survived largely in the hinterland of central India offer the relevant source material in support of these premises," They demonstrate that the sacred locations (tapasthana) of Siddhanta ascetics in their 'penance forests' (tapovanas), progressively grew into monasteries, pilgrimage centres and sturdy fortresses. Some of these imposing fortresses stand imperiously even today in starkly severe woodland surroundings along with their elegant temples in situ. Such sacred centres of piety secure in power, pelf and glory of their spiritually endowed erudite munis, witnessed recluses occasionally turning into warriors." In fact, militancy, among other things, seems to have been a Significant element in their way of life - militancy not per se but resorted to for strengthening the seats of their power and those of their royal proteges, overshadowing even political and administrative functions of the State and its rulers. The presence of warrior-monks in sacred domains, both in the Middle Chambal Valley and in the Son valley and upper Narmada (pahala) region of central India thus remains unparalleled in history. Their rise is Significant especially in its settings in the ecologically challenging and harsh mahatavi," where 'calamities' were endemic and the operative mechanisms of State society had not taken root." This peculiar setting seems to have aided the Siddhanta ascetics, in alliance with atavikas, in carving out a 'state within State', as it were, to their advantage in the Vindhyan woodlands.

Ascetics wielding authority and occupying monasteries-sometimes elaborately fortified-as their seats of power in the Vindhyan hinterland were equally adept in penance and meditation and were masters of sastra. These meditating and penance-loving munis were not given to living on alms of the community or doles of the State." On the contrary, their interactions with the world outside, coupled with their co-existence with titavika communities in the woodlands, tends to reflect their socially secure, materially thriving and politically strident status whence apparently arose their supremacy. As they made forays into the realms of the rulers' power, they successfully eroded even the varna hierarchy, reducing the 'upper' rungs of society, namely: Brahmanas and Ksatriyas, to a subservient status," In these roles, the munis seem to have introduced a hierarchy within the hierarchy of the social order of their time, imparting centrality to the two socially marginalised outcaste categories, namely ascetics and atavikas, and promoting a counter-culture with distinctive political- economic overtones and spirituality, 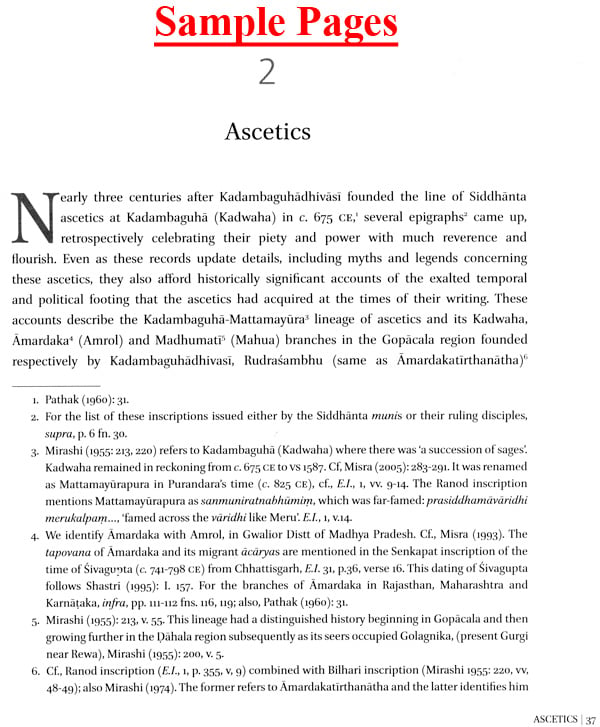 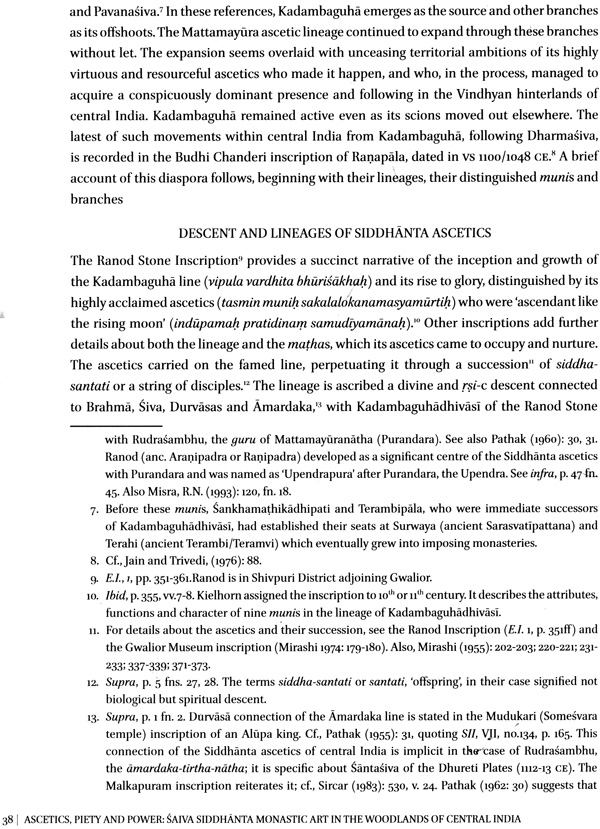 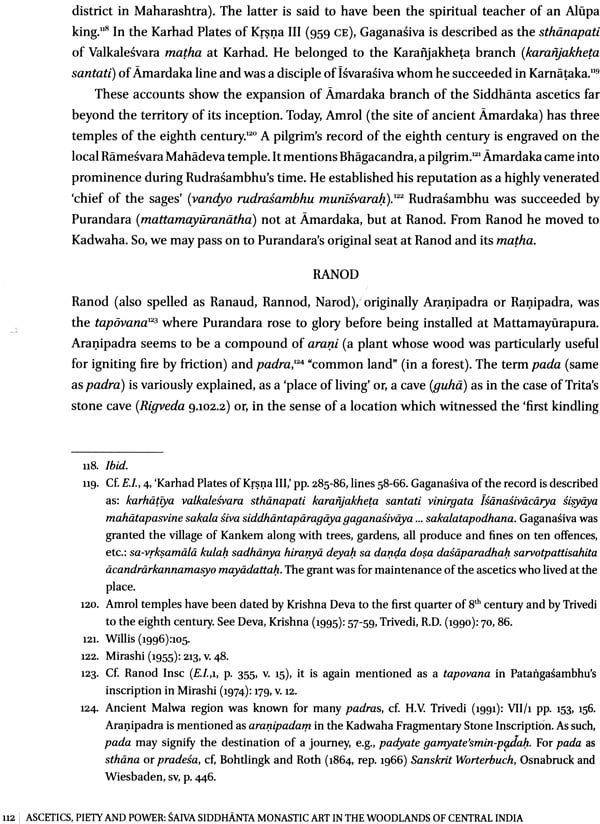 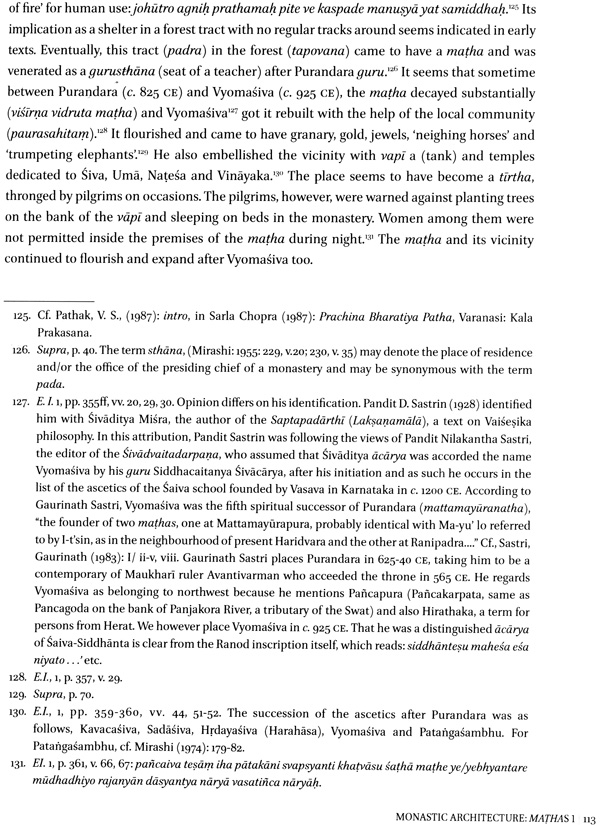 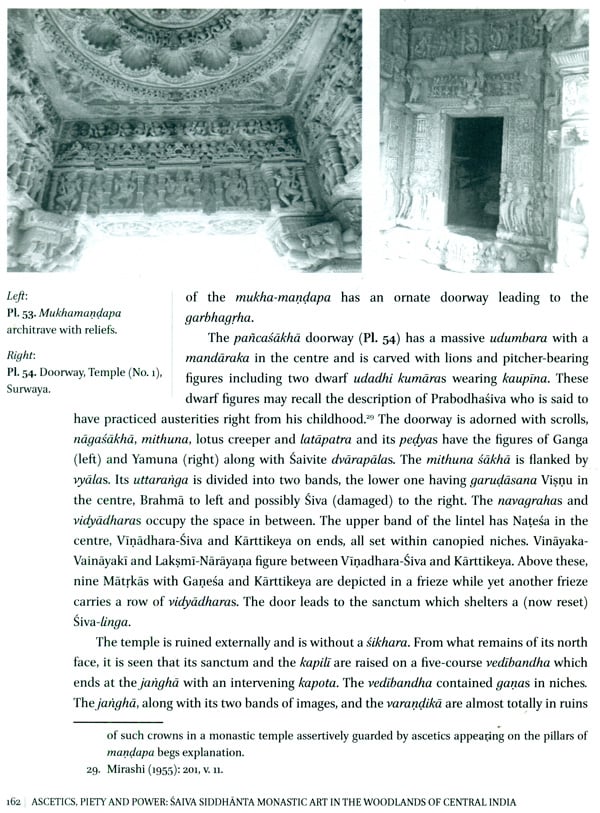 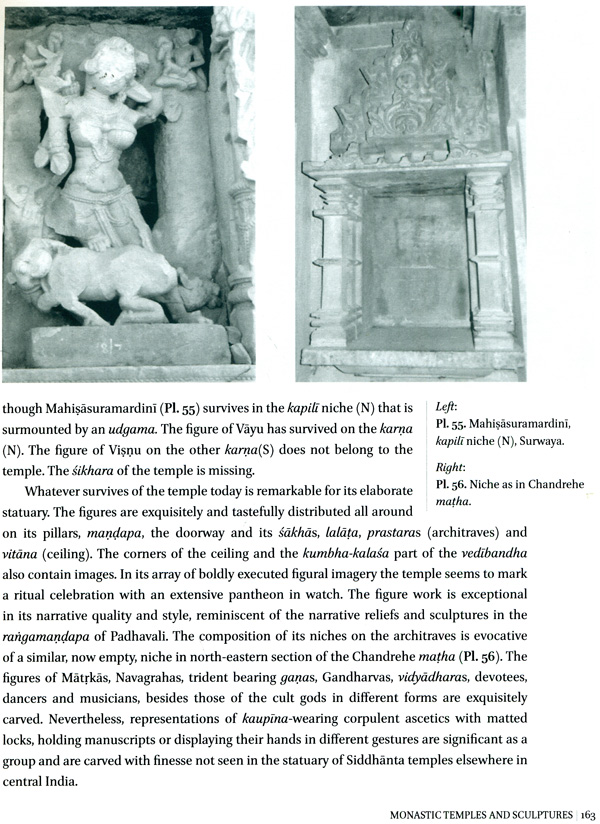 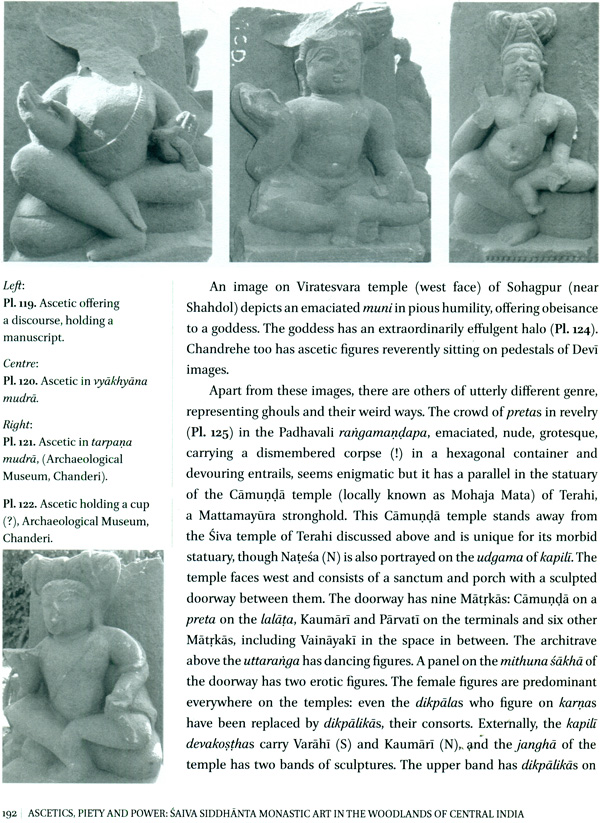 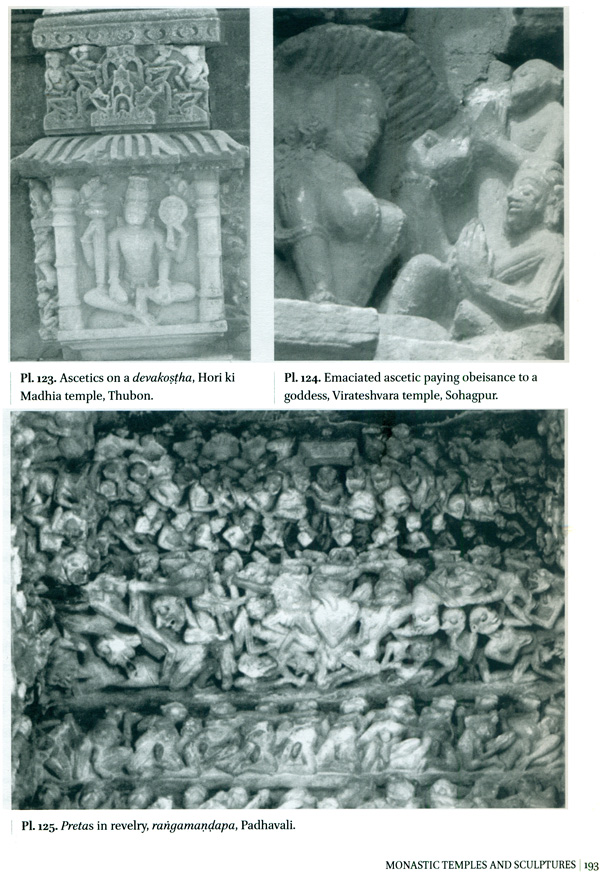 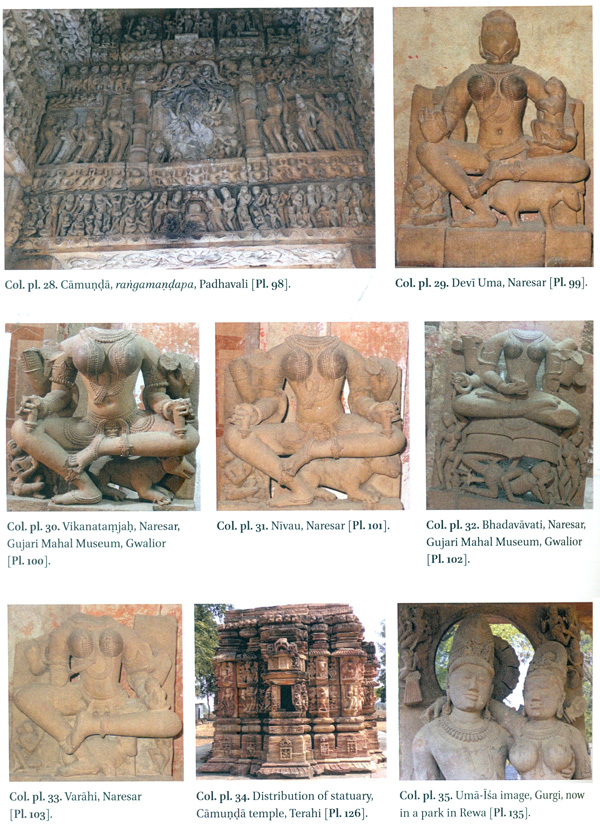 The Parakhyatantra: A Scripture of The Saiva Siddhanta
By Dominic Goodall
$60
Out of Stock The Rise and Development of Visistadvaita and Saiva-Siddhanta (In The Cola Empire) (An Old and Rare Book)
By Dr. Mary John Kattikatt
$31
Out of Stock