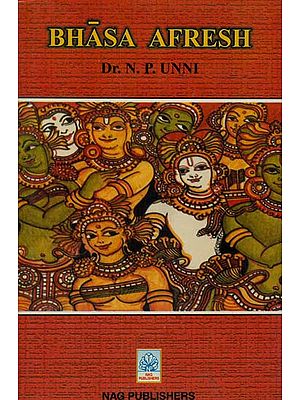 An upto-date attempt is made in this work to investigate the problem from a new perspective, based on the evidence of 231 manuscripts of the plays of which 184 are hitherto unused by any scholar. Here it is established for the first time that at least one work ascribed to Bhasa, namely Avimaraka, is not really from his pen the colophon of one manuscript of Avimaraka states un- ambiguously that it is written by Katyayana. Based on manuscript soruces the author questions the validity of the assumption that all the thirteen plays belong to Bhasa. His contention is that except perhaps for -Svapnavasavadatta and Pratijnayaugandharayana, none of the other works can positively be assigned to Bhasa or even to a pre- Kalidasa writer.

A significant chapter in this book discusses the presentation of 'Bhasa Plays' on the Kerala stage. The author has given here copious details regarding the staging of these plays based on .his several interviews with professional actors known as. Cakyars in Kerala, many of them octogenarians, and also on several unpublished stage manuals.

This publication underlines the need for serious efforts on the part of Sanskrit scholars to reopen the Bhasa problem and examine the various issues involved, in an objective, dis-passionate and scientific manner, based on the hitherto un- tapped original sources lying hidden in the recesses of several manuscript collections in different parts of India, particularly in Kerala.

Dr. N.P. Unni (b.1936) has the unique distinction of being the first candidate to be awarded a Ph.D degree in Sanskrit by the University of Kerala. After a long teaching career in the Govt. Sanskrit College, Trivandrum, he joined' the University of Kerala as Curator in the reputed Oriental Research Institute and Manuscripts Library. Later he became Reader in Sanskrit (1972) in the Dept. of Sanskrit and from 1979 onwards he served as Professor and Head of the Dept.; till 1996. Now he is .the Vice-Chancellor of the prestigious Sree Sankaracharya University of Sanskrit, Kalady, Kerala. Dr. Unni has written/ edited/ commented/published/more than 25 books in the different fields of study like Classical literature, Dramas, and Tantra, Arthasastra, Kerala history, Dramaturgy, Commentatorial literature, Literary criticism etc., etc. His magnun opus is an English translation with text and notes of the Natyasastra of Bharata.

"Would you please show me the Bhasa manuscripts? a slender good looking girl greeted me with this question when I stepped out of the Sanskrit College, Trivandrum, on a quiet evening in 1967. I had just finished my class on Pratimanataka and was really under the spell of the Bhasa play when this question confronted me. I looked at her inquisitive face and felt a little embarrassed. In spite of the close proximity of the Bhasa texts which were kept in the next-door Kerala University Oriental Manuscripts Library, I had not cared to have even a glance at them for all these long years. That Bengali girl, Radha Rani Sengupta, if I remember her name correctly, is the one person responsible for my enquiry into the Bhasa problem based on the Bhasa manuscripts.

My first contact with Bhasa was as a student of the High school classes when I had to study the Svapanavasavadatta. During my Honours course I read all the thirteen Trivandrum plays with an academic interest. Still I was not concerned with the problem or interested in looking for the original manuscript.

As providence would have it, the next year I joined the Kerala University Manuscripts Library as Curator and that made me the custodian of these manuscripts, so to speak. The fame of the library naturally attracted many a scholar both Indian and foreign. Almost every one who visited the library was looking for the original manuscript discovered by Ganapati Sastri, the first Curator. He had given a good description of the codex which contained 10 of the 13 plays ascribed to Bhasa. Naturally I tried to identify the codex from among the several deposited in the library. To my great astonishment I found out that the original codex discovered and used by Mr. Sastri was missing. At that early stage of the institution no proper register was maintained. The possibility of separating the codex to form several bundles was also carefully looked into. But that too could not be established. Probably the codex might have been returned to the owner after use. When contacted, the present head of the family from which it was collected, could not ascertain the whereabouts of the original manuscript.

It was against this background that a survey was attempted. As a result, the existence of a good number of manuscripts of the plays was brought to attention. A verification with the printed texts revealed that most of them are not used for editorial purpose. "In spite of various articles elucidating the part of the Cakyars played in the development of the Kerala stage, we as yet get no idea as to what they did with regard to the texts of Sanskrit works" observed Dr. Pusalker in his latest book on the Bhasa problem. The present book, it is hoped, will throw some light in this regard.

If the present work creates a new interest in the longstanding problem, I would feel justified in my shortcomings and submit this monograph for their critical scrutiny.

Much has been written about the Bhasa problem. Till 1910 when Mm. T. Ganapati Sastri announced to the world his 'discovery' of 13 plays which he attributed to Bhasa, all that scholars knew about that great playwright was confined to some references in literature. In the Malavikagnimitra Kalidasa has referred to Bhasa, along with Saumilla and Kaviputra, as a dramatist of great fame. Bana mentions him as an author of several plays begun by the Sutradhara and having many characters. Dandin too refers to him as a great writer of plays. In the Gaudavaho Vakpatiraja speaks of him as a friend of fire. According to a verse ascribed to Rajasekhara in Jalhanas Suktimuktavali the Svapnavasavadatta is the best among the many plays of Bhasa. Many other writers on rhetoric including Abhinavagupta, Bhoja, Saradatanaya and Sagaranandin have also referred to the Svapnavasavadatta and Bhasa.

Since one of the plays 'discovered' by Ganapati Sastri was the Svapnavasavadatta, already well known as the best among the plays of Bhasa, scholars throughout the world acclaimed this epoch-making discovery. Within three years, 1912- 15 Sastri published all the thirteen plays. Pratijnayaugandharayana is closely connected with the Svapnavasavadatta in subject matter, and Bhamaha's criticism against the use of a wooden elephant was considered to be directed to that play. The Pratima and the Abhiseka deal with the Rama story, and together with Saktibhadra's Ascaryacudamani form a Ramayana trilogy. Dutaghatotkaca, Karnabhara, Madhyamavyayoga, Pancaratra and Urubhanga deal with the Mahabharata theme. Balacarita is on Krsna's sports. Avimaraka and Carudatta are on legendary fiction, the latter being almost identical with the first four acts of Sudraka's Mrcchakatika. There are structural similarities such as the non-mention of the author's name, the use of mudralankara in the benedictory verse, the name Sthapana used instead of the usual Prastavana, the beginning with the stage direction nandyante tatah pravisati sutradharah; the close similarity of the epilogues, quick action, archaic usages, brisk conversation and simplicity of style.

There were scholars in Kerala itself like Attoor Krishna Pisharoti and K.Rama Pisharoti and Dr. C. Kunhan Raja who were not so convinced about the genuineness of the claim. They knew that most of these plays were being staged for hundreds of years in Kerala temples by the hereditary Cakyars, and manuscripts are available in plenty with the Cakyars. Kulasekhara's plays Tapatisamvarana and Subhadradhananjaya and Saktibhadra's Ascaryacuddmani as well as the Mattavilasa of King Mahendravikrama and Bodhayana's Bhagavadaj- juka also formed part of this Cakyar repertoire. Manuscripts could be found in many places. Ganapati Sastri's claim about the discovery was treated by them as a sort of publicity stunt. What he really did was to claim all these anonymous plays as those of Bhasa, the great pre-Kalidasa dramatist.

Outside scholars like Keith and Winternitz were most sympathetic towards the claim. The 13 plays were carefully and critically studied by scholars in India and abroad. Woolner translated the plays into English and Prof. C.R. Devadhar made a fairly good edition of the texts. Dr. A.D. Pusalker, a scholar of the Pro- Bhasa school, made a detailed study of the problem in his thesis Bhasa-A Study.

At the same time it is also true that some verses quoted as from the Svapnavdsavadatta are not found in the printed text (Svancitapaksmakavatam-quoted in the Abhinavagupta in the LocanaNatyadarpanas, Suitable contexts can however be seen for these verses even in the play as we have it. From a consideration of all these points it seems that there is enough evidence to accept that the printed Svapnaviisavadattii is a version of the genuine work of Bhasa, "perhaps an adaptation of the drama for the Kerala stage." Regarding the other plays each has to be studied independently before arriving at any definite conclusion.

I welcome the present attempt of Dr. N.P. Unni to ' review the problem afresh in the light of further material now available, both regarding the manuscripts and the living tradition of their performance on the stage by the Cakyars, together with the stage manuals. He has rightly taken up each play and discussed the problem separately instead of clubbing them all together.

We have no direct proof for the authorship of the Trivandrum plays except the Svapnavasavadatta in fact the tradition for the past few centuries, as is clear from the manuscript material and the discussions in the Sakntalacarca, is that they were anonymous, the prologue not giving the name of the author. Many of the verses quoted as from Bhasa or the Svapnavasavadatta are conspicuous by their absence in the Trivandrum plays. The Yajnaphala may be dismissed as a modern forgery intended to confuse the issues, though Dr. Dandekar seems to believe in its genuineness. There is no direct evidence to show that all the plays are by the same author himself. 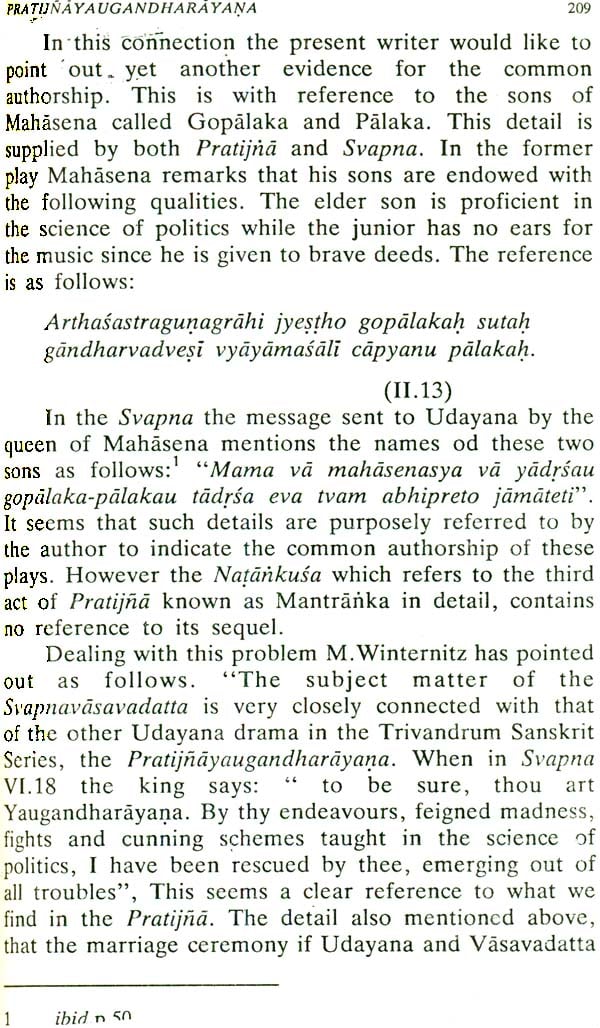 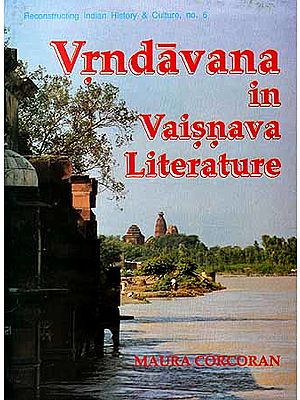 India as Known to Kautilya and Megasthenes
By S. R. Goyal
$46
FREE Delivery 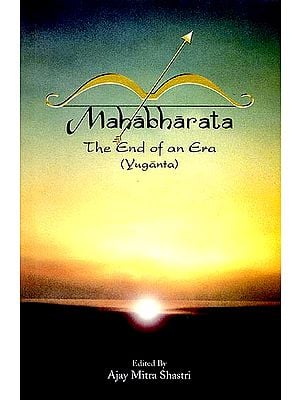 Mahabharata:The End of an Era (Yuganta)
By Ed. By Ajay Mitra Shastri
$42
Out of Stock