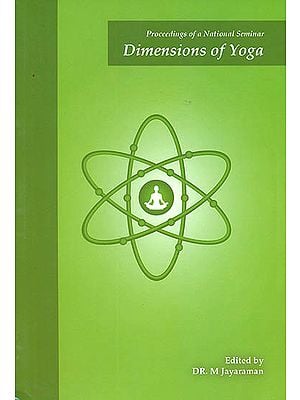 A popular search engine of the world wide web returns 14,30,00,000 results in 0.47 seconds. It is needless to say that 'yoga' was the word that was searched. Such is the popularity that Yoga enjoys in the virtual world, which stems from the deep impact it has created in the real world. Further, the unbroken continuity of the tradition of Yoga which has its origin in the ancient Vedas, since many millennia, testifies to the wealth of valuable knowledge that this field possess.

Though India is the birth place of such a popular and profound wisdom, it is only relatively recently, that it has caught the imagination and attention of people at its birth place. Many centers of learning and research on yoga are slowly emerging.

But, it can be observed that, of the many dimensions of yoga that exist – only that facet of yoga which promotes the peripheral realm of human existence i.e. physical health and wellbeing is being promoted and practiced. Current trends in yoga Research and Education clearly lean in this direction. With the exception of the extraordinary by default, human focus hovers around the periphery.

But every human soul because of its essentially divine nature, also feels an intrinsic urge to delve into the deeper realms of existence. This human inclination to move from the periphery to the nucleus can be ably guided by various less explored dimensions of Yoga. This has been testifield by rich ancient literary resources and lives of great souls.

Discussions and dialogues have to be initiated to explore and understand this many – splendored discipline to utilize it to its fullest worth.

With this objective, Krshnamacharya Yoga Mandiram and MOP Vaishnav College for Women joined hands in organizing a one-day National Seminar on "Dimensions of Yoga and its Dynamics" on the 4th of july 2014 at MOP Vaishnav College for Wonen, Chennai. Besides interactive lecture sessions, practical sessions on yoga asanas, pranayama and meditation in the tradition of Legendary Yogi Sri T Krishnamacharya, featured in the event.

Eminent scholars from premier schools of yoga and research institutes from various parts of the country converged for the seminar and shared their view and findings regarding the dimensions of Yoga.

Alongside the philosophical psychological and therapeutic dimension, the literary dimension was also deliberated upon. The richness of classical Yogic literature in Samskritam and the potential of potential of the language to unlock insightful connotations were also discussed. Classical and contemporary utility of Yoga was analyzed and ideas were exchanged on the various beneficial dimensions of Yoga for the Youth. Contributions of Yogacarya T Krishnamacharya to the various spheres of yoga were presented. Thus effort was made in the seminar to present the different dimensions of yoga underscoring the width and depth of this ancient yet current branch of knowledge. Including the keynote address, six papers were presented during this National Seminar. All the six papers have been collected in this publication. Thanks are due to the authors for sharing their papers for this publication.

On our invitation, experts and research scholars have contributed three articles to the invited articles section. We express our gratitude to the contributors.

To facilitate reference and also to underscore literary wealth of yoga in the form of traditional texts composed and handed down through many a millennium, a section titled "Notes on (Sources of) Quotes" has been added at the end. The source texts of the quotes are chronologicallysequenced with a gloss on the general content of those texts.

A few photographs taken during the seminar are appended at the end of the book under the section Visuals from the Seminar.

I thank Dr. Latha Satish, Trustee, Krishnamacharya Yoga Mandiram for inspiring and encouraging us in the Research Department to collaborate and conduct the National Seminar and document the outcome.

The Research Department acknowledges with gratitude the guidance of the Trustees of Krishnamacharya Yoga Mandiram and the support and cooperation of other departments of KYM.

Hearty thanks to the Principal, Management, Staff and Students of MOP Vaishnav College for Women for collaborating with KYM for this seminar. We are indebted to Dr.R.P. Pankaja, Head of the Department of Languages, MOP Vaishnav college, who played an active role as the Co-convener of the seminar.

Thanks to the one Rupee Foundation for the fine design work and Madhava Mudhara, for their neat printing Job.

Ideas from promising researchers and reflections and thoughts of veteran scholars and yogic practitioners have converged in this compilation. It is hoped that document will be a useful reference resource for yoga studies and research. 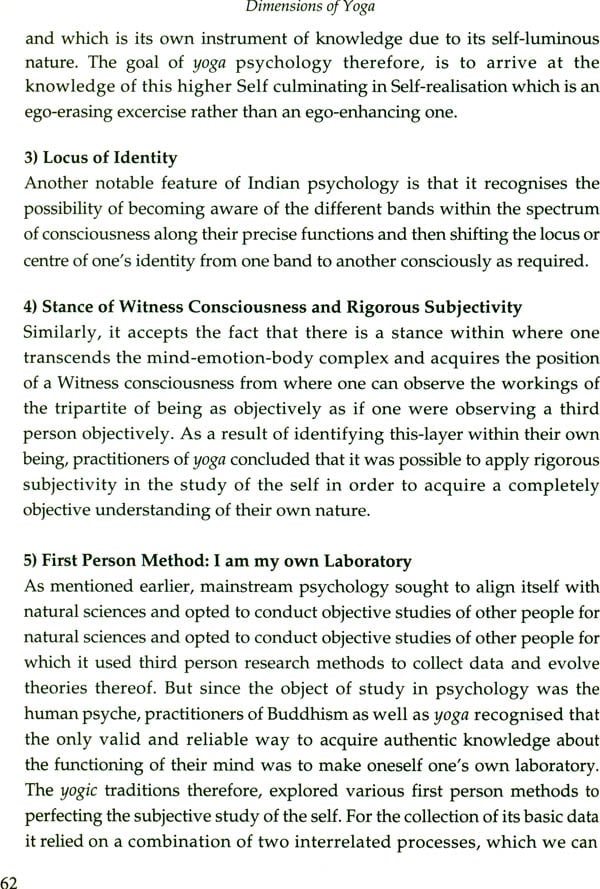 The Foundations of Contemporary Yoga and Yoga Therapy
By Prof. R.H. Singh
$27
Out of Stock

A Commentary on Patanjala Yogasutra Named The Ambrosia of Yoga by Sri Sadasivendra Sarasvati
By Dr. B. Krishnamurthy
$50
Out of Stock 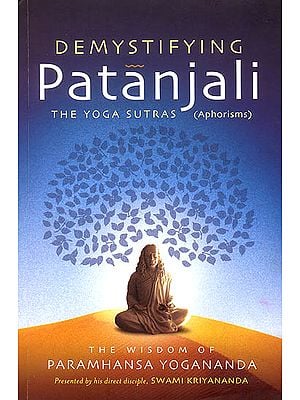 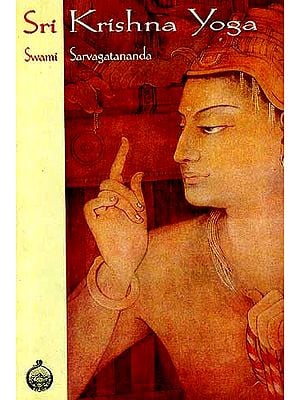