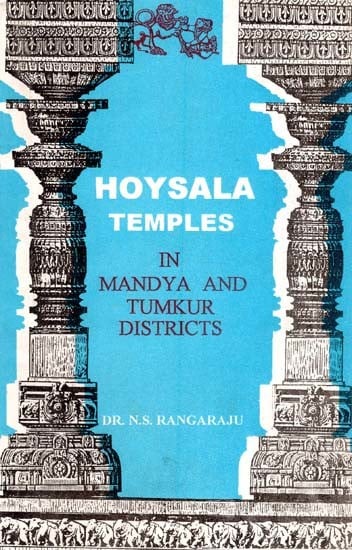 About the Book
Dr. N.S. Rangaraju obtained his M.A. Degree from Manasagangotri In the year 1977. and later obtained P.O. Diploma In Epigraphy and Folklore. ,. Then he did his Doctoral Research on Hoysala Temples and obtained Ph. D. Degree from Mysore University In the year 1987. He worked as a Research Assistant In the department of Ancient History and Archaeology and later became a Lecturer.

Before joining the Mysore University, he worked. In, the Archaeological Survey of India in the excavations at Hampi and Chandravalli.

Later he worked as one of the directors of excavations at Talakad. Apart from this he also worked at the excavations of Koppa and Belagal. Besides, he has discovered many prehistoric, protohistoric and early historic sites of great importance In different parts of Kamataka He has already published many research articles In learned Journals In' English and Kannada. He has also undergone special training in preservation of Museum Antiquities and was activity associated with the 'Manjusha' Museum at Dhannasthala.

Foreword
Hoysala architecture and sculpture is a fascinating aspect of Karnataka history and culture- This school of art patronized by illustrious kings. understanding queens, generous ministers and enlightened people has become a legend in Karnataka. There may not be a single Kannadiga who has not seen the beauty or heard of the rich and minute sculptures of Belur, Halebid and Somanathpura. Actually these three are better known of a huge group of over five hundred temples spread all over southern parts of Karnataka. The number of Hoysala temples is such that it will not be possible to study all of them in a single volume. Each temple deserves a monograph. Realizing this vastness of material Dr. Rangaraju rightly concentrated on the Hoysala temples in Mandya and Tumkur Districts, for his doctoral research and has been able to study these temples in great detail doing justice to the monuments.

The extensive field work undertaken by the author deserves a special mention. He studied the architectural and sculptural details and has analyzed this rich data to test his hypothesis. namely to understand the special features of this art in the non- focal area of the Hoysala Kingdom. He has arrived at very interesting and important conclusions from this study. I feel that this model of Dr. Rangaraju should be taken up for other areas of the Hoysala Empire.

Apart from the stylistic analysis, the learned author has analyzed all the available epigraphic material to understand the chronology of the Hoysala temples in Mandya and Tumkur districts. He has also made use of the names of the sculptors. wherever available, to corroborate the date of the temples.

Thus. thanks to Dr. Rangaraju, we have a firm dating for these temples. On the whole, this attempt by a young and enthusiastic scholar has thrown welcome light on Hoysala art and I am happy to congratulate him for this fine study. Now that the author is well acquainted with the methodology. it is hoped that he will continue this study and cover other areas of the Hoysala Empire. I commend this work and recommend it to the scholars and the general readers.

Preface
I was attracted to the study of Hoysala art even as a student at the Master's degree in Ancient History and Archaeo- logy. When the opportunity presented itself for taking up research, without any hesitation, I selected this topic for my research. Taking the vastness of the field I had to restrict myself into Mandya and Tumkur districts with a view to analyze the data in greater detail and also to find out the development of Hoysala art in peripheral areas of their empire, which had not been attempted by anybody so far- Thus I have studied the Hoysala art with a problem oriented angle.

This study comprises of five chapters. The first chapter is in the form of an introduction containing political background and' the second chapter deals with salient features of Hoysala art. The next two chapters are devoted for a detailed study of Hoysala temples in Mandya and Tumkur districts. This is followed by an epilogue. Line- drawings and photographs have been added as illustrative material.

I have received great help in preparing this book from many individuals and institutions. First and foremost I should mention my research guide Prof. A. V. Narasimha Murthy. He encouraged me at every step and took keen interest in my thesis offering various useful suggestions. He has also contributed a generous foreword to this book. I express my gratefulness to him.

The Former Vice-chancellor Prof. M. Madaiah has been a great source of inspiration to me and has generously helped me in getting my book printed from Prearrange- I am greatly beholden to him. Another person I cannot forget is Pujya Dr. D. Veerendra Heggade, Dharmadhikari of Srikshetra, Dharmasthala, who has been a pillar of strength to me in all my endeavors. I salute this great savant.

Sri N. S. Raghunath, Reader in English. Regional College of Education has gone through the manuscript and offered valuable suggestions. Sri H. M. Nagaraja Rao of KIKS has helped me in correcting the proofs. Dr. M. Kulenur, and Director Sri B. S. Siddegowda and staff of the Mysore University Printing Press have taken great interest at the stage of the printing. Prof. Aravinda Malagatti, Director and Sri D. K. Eregowda, Deputy Director. Prearrange have taken keen interest in the publication. Indian Council of Historical Research had given a small grant to me for my Research The American Institute of Indian Studies, Varanasi had supplied me the photographs at the time of my Research and some of which have been used here. In this connection Sri M A. Dhaky, Director (Research) had helped me greatly. Sri Kuppachar and B. T. Lakshmegowda have prepared the maps and line-drawings. Mis. Kamal Studio have done the photography. whereas Sri M. A. Sudhir Kumar, Parshvanath and K. S. Somashekar have helped me in photography. My departmental colleagues Prof. M. V. Krishnappa and Dr. M. P. Mahadevaiah have offered various suggestions. My brother N. S. Kantharaj, Sriyuts C. Basavegowda and S. Thippeswamy have helped me in various ways. Dr- D. V. Devaraj.

Retired Director and Sri M. L. Shivashankar the present Director of Archaeology have helped me in various ways. The cover design bas been done by Sri Venkatesh. I am highly grateful to our esteemed Vice-Chancellor Prof. S. N. Hegde and also to Prof V. G. Talwar Registrar, University of Mysore.

My wife Smt. Surekha has helped me in preparing the Index. besides extending all support. I express my grateful thanks to all these persons. I hope that the world of scholars would warmly receive this book.

Introduction
Hoysala architecture has been recognized as a school of art from the early times when western art historians began the study of various schools of art. In fact it was James Ferguson who on the basis of the temples at Belur and Hale bid praised the Hoysala school of sculpture in glorious terms.' Following him Coomaraswamy," Percy Brown" and others wrote short accounts of the monuments at Belur, H amebic and Somanathapura. In a way Hoysala art meant just the temples at these places mentioned above. However, it was R. Narasimbachar, the Director of Archaeology in the former Mysore State' who began a study of some of the Hoysala monuments in his official tours. He began his researches in 1906 and visited various monuments till his retirement in 1922. Most of these notes are very short but they are valuable in their own way. However, .these notes cannot be considered as a serious and comprehensive study of the Hoysala monuments." After the retirement of R. Narasimhachar, M.H. Krishna continued the same policy of visiting monuments III various parts of the Mysore State and he added short notes on many of the Hoysala temples in the Annual Reports of the Mysore Archaeological Department published during his tenure as Director of Archaeology from 1929 to 1945. & These reports are also useful but the description of the Hoysala monuments is too sketchy to be of any great help in understanding the Hoysala art. But these notes proved beyond doubt the existence of more than one hundred Hoysala temples in the former Mysore State consisting of the nine districts of Mysore, Mandya, Bangalore, Tumkur, Kolar, Shimoga, Chitradurga, Hassan and Chickamauga lur (Map l ). 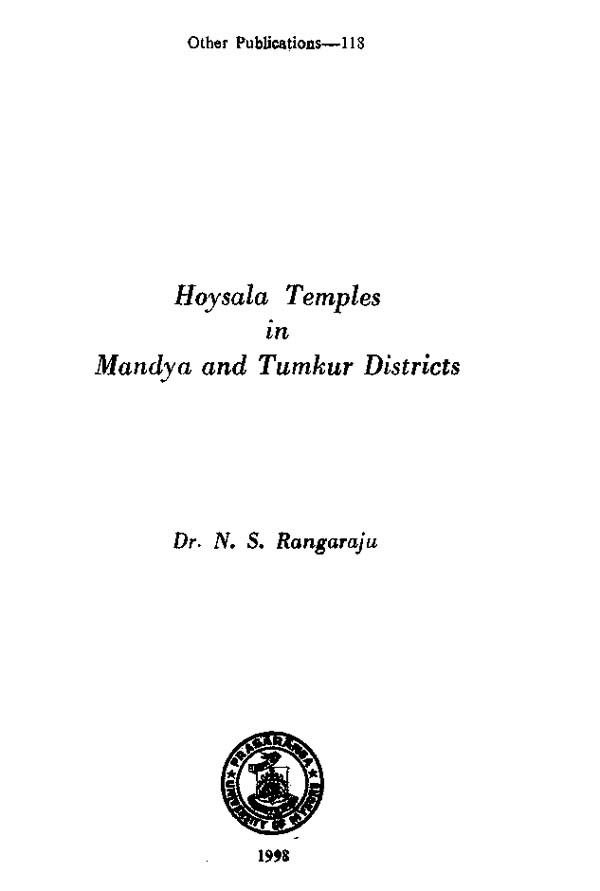 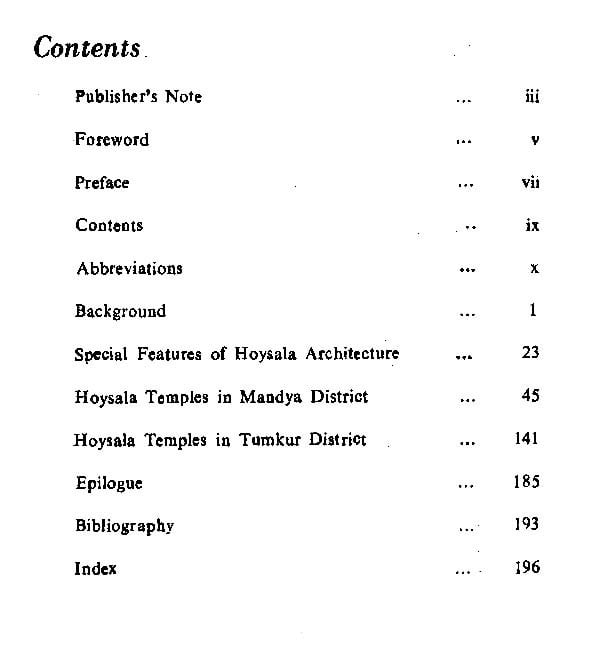 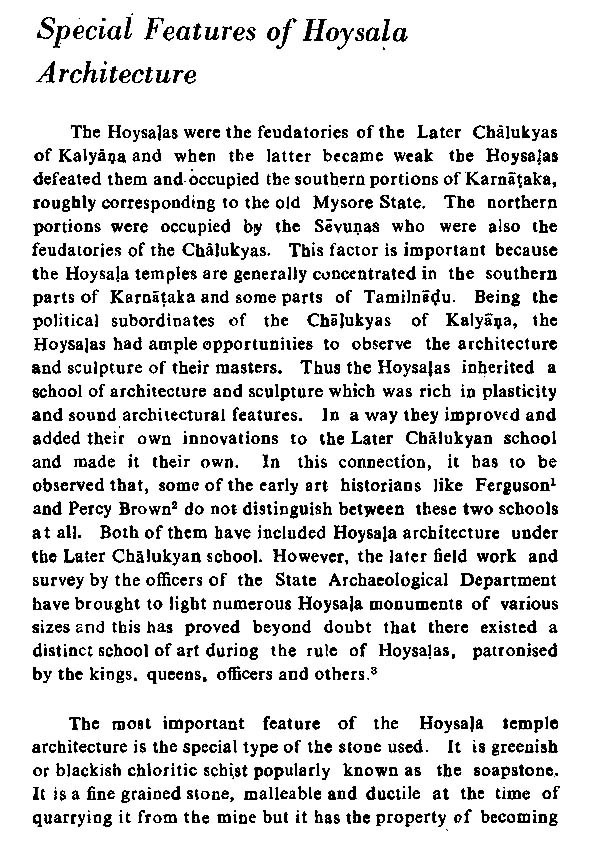 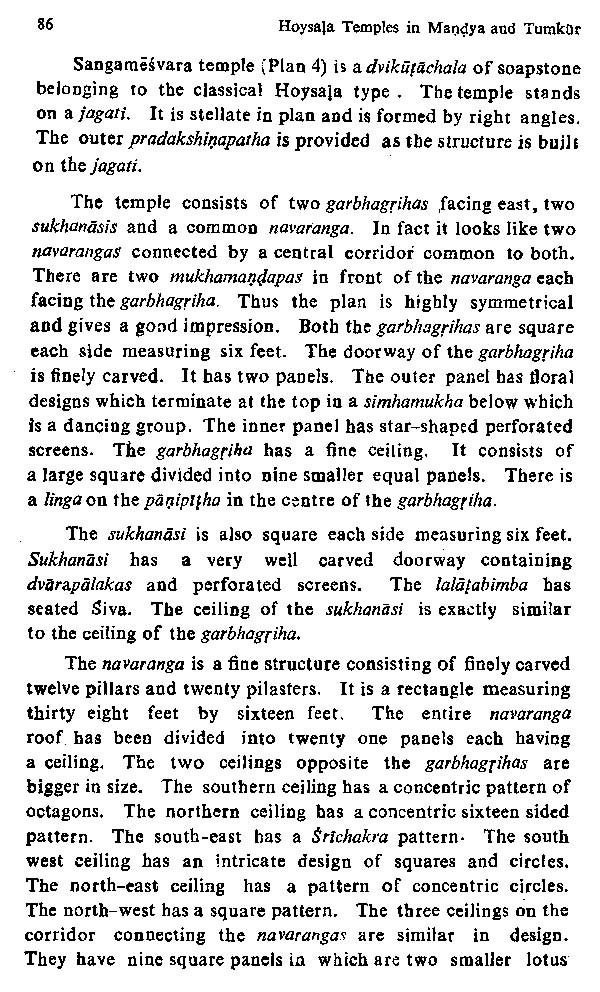 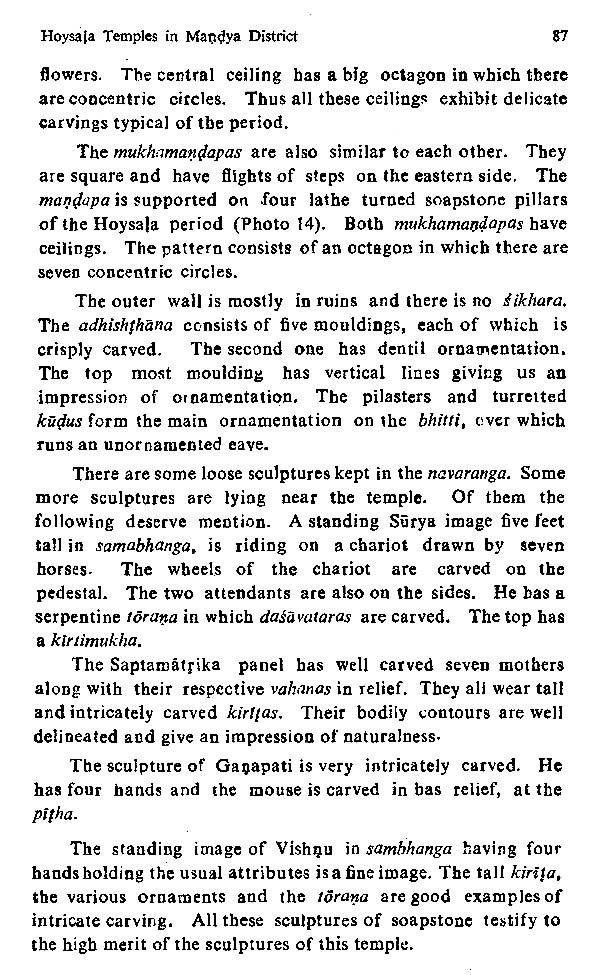 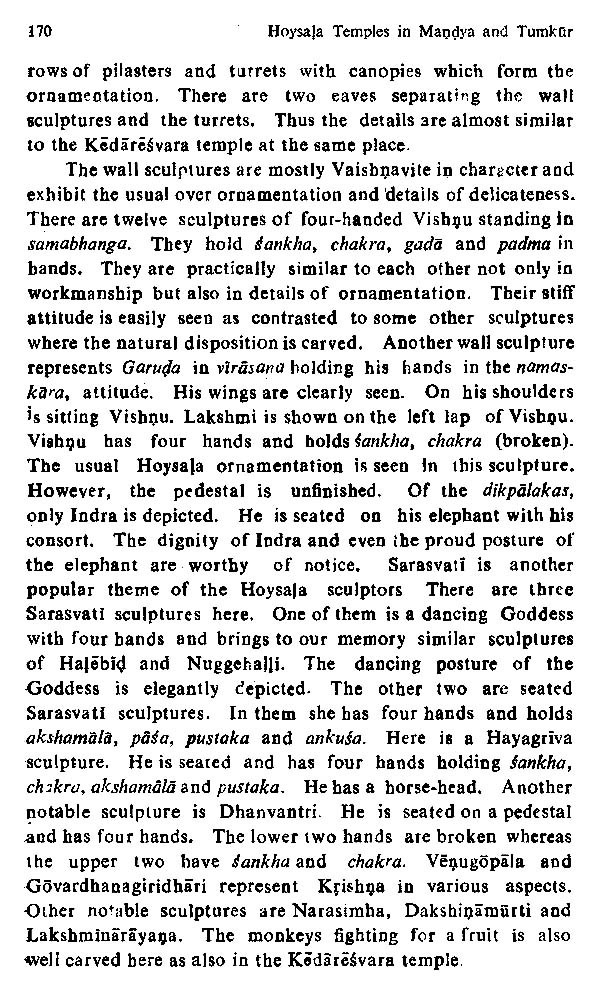 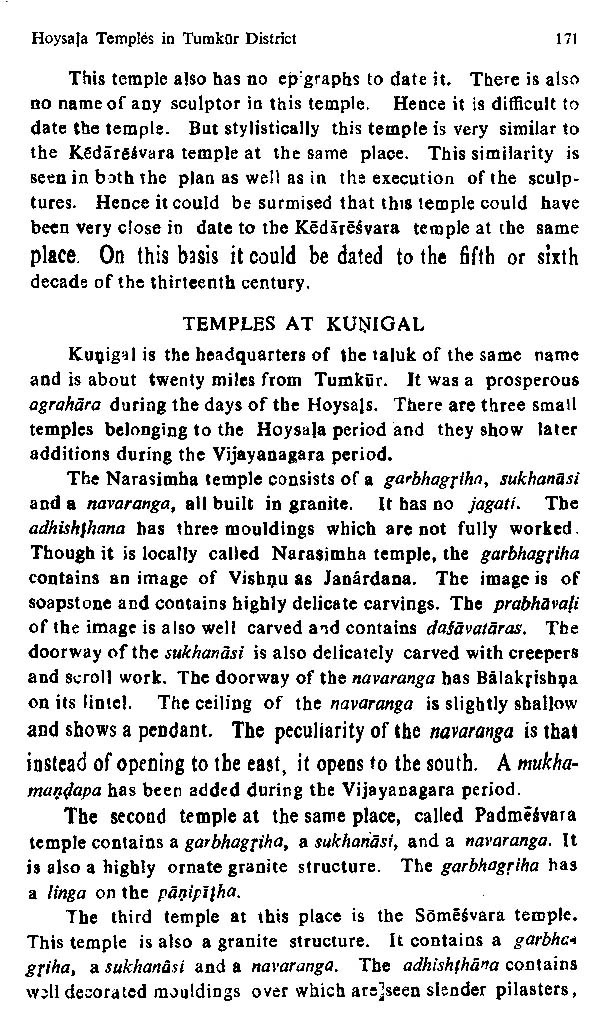 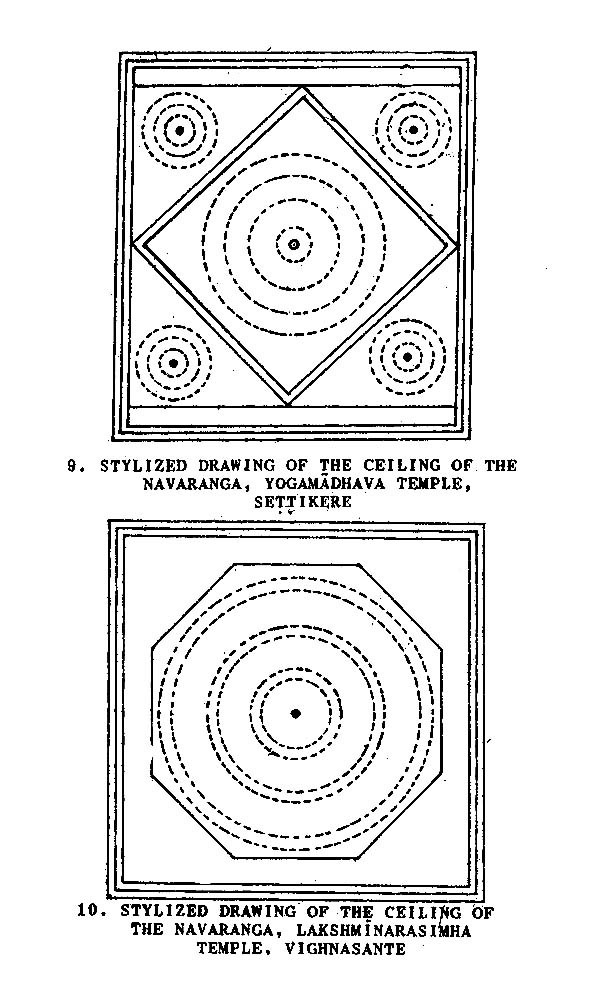 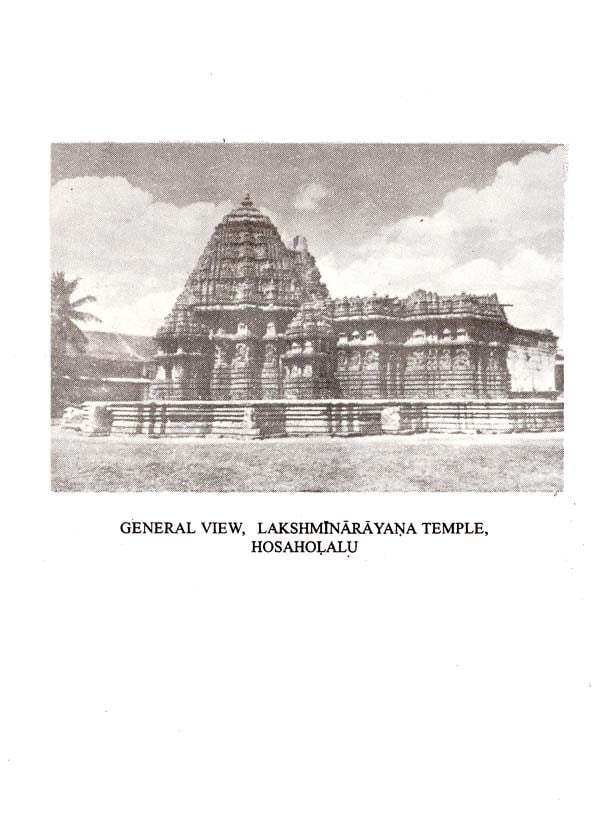 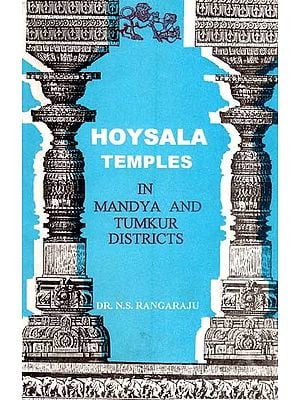 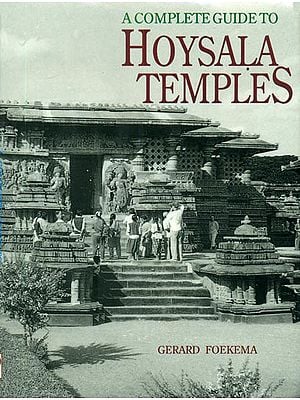 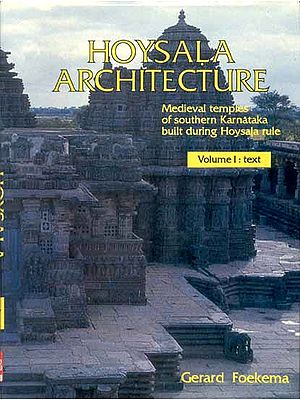 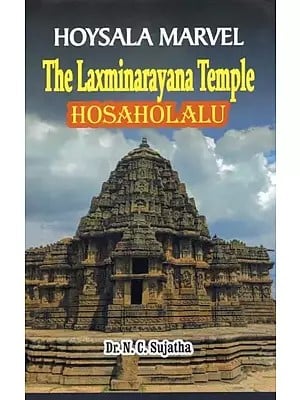 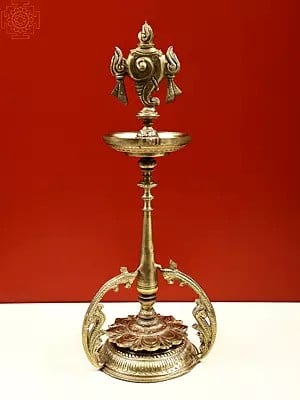 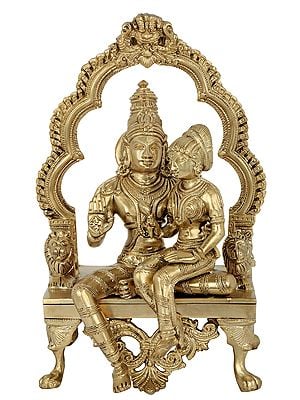 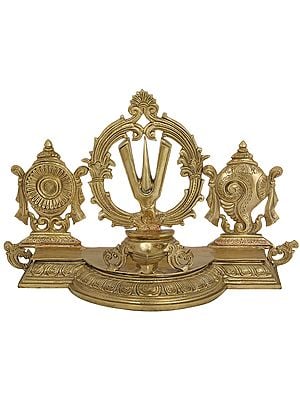 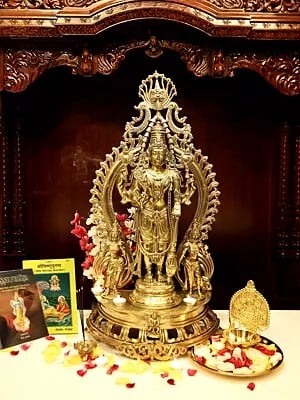