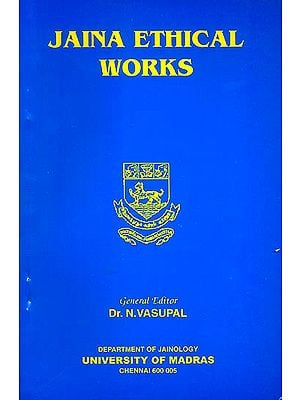 The Department of Jainology was instituted at the University of Madras on 1983, on the occasion of the Post- Centenary Silver Jubilee Celebrations of the University with the donation of an endowment amount of Rupees Fifteen Lakhs collected from members of all the sects of Jaina Community and others by the Research Foundation for Jainology, Chennai 600 079.

During October 2002, the Department submitted a Project proposal for academic and administrative activities of the Department to the Bhagawan Mahaveer 2600lh Janma Kalyanak Mahotsav Samiti, New Delhi, for financial assistance. The Mahotsav Samiti was gracious enough to recommend to the Government of India, and on the basis of the recommendation, the Government of India in April 2003 sanctioned Rupees Fifty lakhs as corpus fund to the Department of Jainology, University of Madras. Under the auspices of this Bhagawan Mahaveer 2600th Birth Anniversary Endowment fund, the Department is conducting various research and publication works from the academic year 2004- 2005.

The first book of this Endowment series titled 'Facets of Jainism' was published in January 2005 which was a compilation of 9 papers related to Jainism in Tamilnadu.

The second book titled 'Environmental Awareness in jainism' by Dr. Geetha Ramanujam was published in January 2006.

The Present book titled 'Jaina Ethical Works' is the third book of the series of the publication under the above Endowment fund of the Department of Jainology. The Department of Jainology has been conducting National Seminars and Endowment Lecture series for the past two decades. In January 2005, the Department conducted a National seminar on Sravakacara and Mahasati Tarabaiswamy Endowment Lecture on Muniacara in February 2006. The papers presented on sravakscsra and Muniacara on the above occasion, form the contents of this book.

The entire edifice of Jainism rests on Ethics. The ethical code of Jaina monks known as Muniacara or Sramanacara and that of laity known as sravakacara is a beautiful blend of acara and vicara. Jainism inculcates in its followers a very wise and practical hierarchical scale of Anuvratas, Mahavratas, etc. It was Jainism which originally instituted the order of ascetics, wholly devoted to tattva-cintana to the exclusion of all other activities.

Jaina Literature is a storehouse of knowledge written primarily in different prakr its which have elaborate commentaries in Sanskrit and lately much has been written in Hindi, English, Tamil, Kannada and other languages. The Jaina ethical works which carry acute details of the ethics of the ascetics and laity are exhaustive. In this book, effort is made to bring to light the sravakacara works in Prakrit, Sanskrit, Tamil and Kannada besides Svetambara and Digambara Ethical Works.

An added value of this work is that it carries two lectures on Digambara Muni Acara. These two lectures give an insight in the acara and vicara of a Jaina Digambara Muni, their daily routine and their austere life style undertaken for emancipation.

The book contains 7 papers presented on the eve of National Seminar on Sravakacara 2005. Out of which, five are in English, two are in Tamil, presented by various scholars from South India. In addition to that it contains two lectures on Muniacara presented by Prof. Devendra Kumar, Prof. of Sanskrit, Mysore, on the eve of the Mahasati Tarabaiswami Endowment Lecture 2005.

The present book serves twin purposes, firstly to bring to light the Jaina Ethical works and secondly to stress the need for ethics and values in modern times.

I wish to thank the University which enabled us to conduct the seminar and the Endowment Lecture wherein the above papers were presented and sri M.K. Jain, Working President (South Zone), Sri Bharatvarsiya Digambar Jain Tirtha Samraksini Mahasabha, Chennai for his contribution towards the seminar.

During the period of Bhagavan Mahavira that the society, came to be divided into four groups - Sadhu (ascetie), Sadhvi (female ascetic), Sravaka (house-holder), Sravika (female - householder). The rules of conduct described for the first two classes were almost identical and similar prescribed for the last two-classes. These rules and sub-rules were been followed by the Caturvidha Sangha. The conduct of each class was regulated by vows which every member was required to observe in his or her daily life. Bhagavan Mahavira's Sangha was large one in which there were 11000 Ganadharas, 700 Kevala- jnanis, 14000 ascetics, 36000 female ascetics, one Lac householders and three lacs female - householders. The large Sangha was led by Lord Mahavira and his Ganadharas.

After Mahavira the Sangha was led by three Kevalis, five Srutakevalis, 11 Dasa-purvadharas and 11 Angadharas. They controlled the Jaina Community. Each one used to follow the rules of conduct laid- down by Mahavira.

As the time passed away some sort of slackness was seen in the Jaina society. During the period of Acarya Kundakunda a state of dissolution was found in the traditional observation of vows and conduct. So during the first century Acarya Kundakunda was the first to place the rules of conduct of Ascetics and Householders in Caritta-Pahuda. He has described 11 Pratimas and 12 vows. He has also dealt with this subject in his Rayanasara. He has discussed in detail the code of conduct of householder and gives stress to Dana and Puja as important factors. He writes that the result of Dana and Puja will lead one to Moksa. Now we can observe in brief some of the important works on Sravakacara in Sanskrit literature.

Acarya Umaswami's Sravakacara
Acarya Umasvami is the greatest Acarya of the Jaina tradition, who probably lived in the first century. His 'Tattvartha Sutra' is one of the important and famous works. The seventh chapter of 'Tattvartha Sutra' describes Himsa. By passional vibrations the hurting of the vitalities is injury (Him sa). Pramattayogatprana vyaparopanam Himsa (vii. 13). He has described five Anuvratas their five Aticaras and eleven Pratimas.

Another work by name Umasvami's Sravakacara is been published by Sri Digambar Jaina Triloka Sodha Sansthana, Hastinapur in 1991. But this is not the work of Umasvami of Tattvartha Sutra. An Acarya of later period has written and instead of putting his own name has mentioned it as written by Acarya Umasvami. It has reproduced liberally number of Slokas from Purusartha Siddhyupaya; Upasakadhyayana and Dharma-Sangraha. Pt. Hiralal Siddhanta Sastri rightly observes that the work might be written in 17th or 18th century. The work has been divided into Adhyayas and Sargas containing 476 Sanskrit Slokas.

This Sravakacara fully supports the construction of Grha Caityalaya. The Sravaka worshipping should sit facing towards east or north direction. The person observing Sat-karmas and born in a pious family has the right to perform Puja. The other should engage themselves in Svadhyaya, Samyama, Tapa, Tyaga and Darsana. A Sravaka should not engage himself in animal-trade. A Sravaka observing Ratri-bhojana Tyaga vrata will have the benefit equal to observing fast for a fortnight.

Ratnakaranda Sravakacara
After Acarya Umasvami, Acarya Samantabhadra is considered to be the greatest Acarya of this tradition. His Ratnakaranda Sravakacara has immense impact on Jaina community. The 150 Slokas of this work are simple and appealing. Samyak-Jnana, Samyak darsana and Samyak-caritra have been discussed thoroughly. Eelven Pratimas of Sravakas, Sallekhana (Facing death volountariy) and twelve vows are -discussed here. Regarding Astamulagunas Acarya Samantabhadra has considered Panca Anuvrata and giving up of Madhu, Madya and Mamsa. He has considered Desavrata (determination to limit hismovements) as Siksa vrata and Bhogopabhoga Parimita vrata (curtailment of the use of articles of luxury) as Gunavrata, as is been done by Acarya Kundakunda in his Caritta Pahuda. The Sallekhana is not been counted in Siksa vrata. Vaiyyavrata (offering alms to ascetics) rendering service is also included in Siksa vrata.

Purusartha Siddhyupaya
Amrtacandra Suri's 'Purusartha Siddhyupaya has a unique place among the works on Acara. It has also been recognized as Pravacana Rahasya Kosa or Jina Pravacana Rahasya Kosa. 226 Sanskrit stanzas explain Ratnatraya. Five Anuvratas. Three Gunavratas, Four Siksa Vratas, Sallekhana and Samyaktva and their defects have been explained. Twelve Tapas (penance) Six Avasyakas, three Dandas, Five Samitis, Ten Dharmas, Twelve Bhavanas and Twenty two Pari sahas have been mentioned. The detailed discussion of Himsa and Ahimsa is vast and such a detailed analysis of Himsa and Ahimsa is not to be found elsewhere. He has criticized the Himsa (violence) caused due to religion. God, or guest. He has also criticized the idea of considering Sallekhana as a sucide.

Upasakadhyayana (959 A.D.)
The last three chapters of Somadevasuri's yasasti laka campu is collectively tittled Upasakadhyayana (5-8) of twelve Vows of Sravakas have been described in detail in grand manner. The author himself has named it as Upasakadhyayana, Though it is a part of Yasastilaka Campu the narration appears to be an independent work. It has been divided into 46 Kalpas. The details of the work and its comparision with other works on Sravakacara can be observed here. The Madras School of Orientalism (Producing Knowledge in Colonial South India)
By Thomas R. Trautmann
$44
Out of Stock 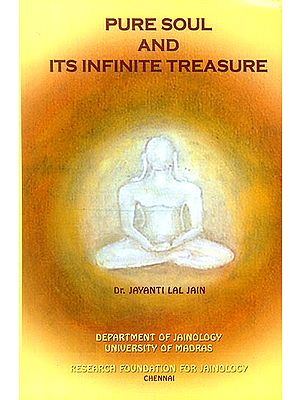 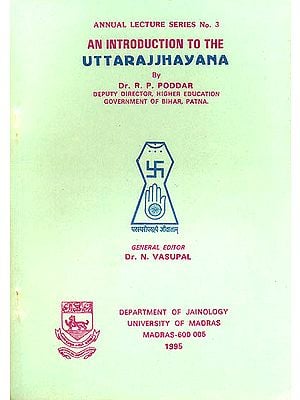 An Introduction to The Uttarajjhayana (An Old and Rare Book)
By Dr. R.P. Poddar
$16 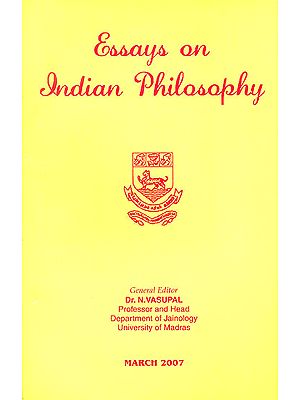