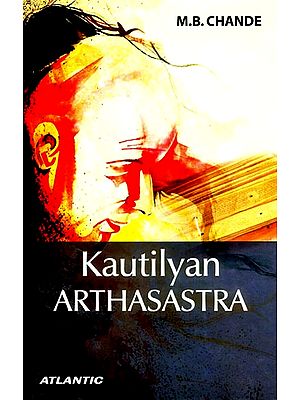 An exhaustive Kautilyan administrative system, incorporating multi- dimensional parameters of police, defence, espionage, counter-espionage, punishments, judicial process—both criminal and civil, finance, economy, trade, intelligence, and the entire gamut of home and foreign affairs, including the executive machinery, inter alia, the king—ruler of the state, and its subject, and the methods of ensuring their sustained beneficence, well-being arid protection have been discussed in this book.

The prevalent abhorable conduct of public servants and their despicable and disparaging attitude and apathy towards public interest and their lawful needs, and ways of keeping them in check are not very much different from those expressed by Kautilya in this flower of Indian Political Thought—the Arthasastra in the antiquity of 330 B.C. Its essential aim is . the welfare of the subjects together with the advancement of the state. Its "teaching, which is based on the very realities, cannot be rendered superfluous in view of the existing and unavoidable rivalry and the ‘struggle for supremacy between nations. Contrarily, it has crowned perennial and sublime glory on this treatise and its progenitor KAUTILYA, the GREAT.

The author, after his college education joined the Police Service in the erstwhile State of Madhya Pradesh; and during the Reorganization of States, he was inducted to Maharashtra Police Service, from which he retired in 1978, as Assistant Commissioner of Police. During - his distinctive Police Service of 39 years, he had served in all the branches of the Police Department, both of the State and Central, including the security of V.V.I.Ps. He was on the editorial staff of the Indian Police Journal. He has authored, Shree Ram Janma Bhoomi in 1992; A Concise Encyclopedia of Indian History in 1995; The Police in India in 1996; The Betrayal of Indian Democracy in 1999; and the present book Kautilyan Arthasastra.

I retired in 1976, after 39 years of Police Service in all its branches, including the Central Bureau of Investigation (CBI) and the security of VVIPs. From my early youth I was infatuated by Chandragupta Maurya and his preceptor Acharya Chanakya—commonly known as Kautilya. My study of Indian History from the ancient period enabled me to author, Shree Ram Janamabhoomi in 1992; A Concise Encyclopedia of Indian History in 1995; and the Police in India in 1995-96.

Throughout my Police Service I have used some of the methods propounded by Kautilya in his treatise ‘Arthasastra’ and I found them very useful, result-oriented and fructuous. The Arthasastra was quoted by me in my book: "The Police in India" with significant elaboration. What painfully astounded me was that many people, including professionals with high educational qualifications, have a very scant notion or idea about Arthasastra and its author Kautilya. Surprisingly, many of them construe the Arthasastra to be dealing only with trade, economics, commerce and finance, whereas to another section, Kautilya was knave as he had advocated and used impious or unethical means to achieve his objective. More stunning and abominable, are their dislike and fading recognition of Kautilya and his Arthasastra.

Kautilya had canonized an exhaustive system of policing and laid down several grades of bureaucracy, and the traditions set by him were followed throughout the history world over. Though the Police had functioned in a rudimentary fashion since the Vedic period, the credit of creating a separate agency of Police with specific powers of administration, implementation and enforcement of laws and regulations, and for the prevention of crimes, their investigation, prosecution of criminals in the antiquity of 330 B.C. goes to Arthasastra of Kautilya. From law enforcing agency, a complicated espionage and counter-espionage system, control of border traffic, smuggling and immigration, custom and revenue investigations, effective vigilance, including political and military intelligence, war stratagems and the battle tactics and strategies, including various battle arrays, Kautilya had not left anything to chance. Besides, he had written authoritatively on forensic science and criminology, almost of the modern standard.

Therefore, to commemorate Kautilya in particular, and the various authors, in general, I ventured to compose the present book. I have fully drawn on the contributions made by various early scholars and authors. This will ever remain my unredeemable debt. Although I am aware this exercise is not without diffidence, or shortcoming, in all humility, I place before the readers my modest efforts in the form of this book, tendering an advance apology for any mistake that might have cropped inadvertently.

I am grateful to Mr. Mangesh Deshpande and Miss Jagruti Taikar of M/s Phenix Computers, Dharampeth, Nagpur for correctly processing my manuscript and the printer and publisher for publishing this book in a short time.

My wife, Radha’s immeasurable assistance is beyond redemption. Equally, I am grateful to my brother, Keshao Chande (Retired Director, Agriculture, M.P. Indore); and my daughters-in law Dr. Mrudul, D.G.O. W/o Dr. Anil, M.D. and Suneeta, M. Com, B.Ed. W/o Colonel Harish and daughter Anuradha B.Sc. W/o Colonel (Retd.) Anant Dhodapker, B.E.M.B.A. for scouring out the relative references used in the compilation of this book.

In reverence, I dedicate this book to my late parents and Mr. Gopal Damodhar Tamaskar, as also the martyrs of the country. Late Mr. G.D. Tamaskar had authored from 1920 to 1950 over 50 books and 500 articles, mostly on the subjects of Political Science, History, Administration, and various others related to social problems of his time. Most of his books are out of print and they are not extant. His ‘Kautilya Arthasastra Mimonsa in Hindi was published in 1926, when the British Government was adopting all possible atrocious methods to nip in the bud the ‘Non- cooperation Movement launched by the Indian National Congress under the stewardship of Mahatma Gandhi and this Hindi translation was his sterling patriotic achievement in that era of ruthless suppression by the British of Indian patriotism.

I thank prof. V.M. Jha, Director of Centre of Advanced Studies in Sanskrit (CASS) University of Pune for making available to me the summaries of the papers presented by various learned persons at the Seminar sponsored by the Sahitya Akademy during 1995-96. They were useful to me in the composition of this book. I am equally grateful to Professor B.G. Tamaskar of Pune for supplying to me the necessary material and proper guidance for writing this book.

The Kautilyan Arthasastra has been composed by me in two parts. Part one seeks to present a broad outline of Kautilyan teaching on the following connected topics: (1) Scope and origin. (2) The relation of Arthasastra with Dharmasastra. (3) Contents, form and source. (4) Author Kautilya. (5) State in Arthasastra. (6) Society and social life. (7) State economy. (8) State administrative machinery. (9) Law and administration of Justice. (10) Internal Security. (11) Defence and external affairs.

Part two is the English translation of Fifteen Books written by Kautilya in Sanskrit around 330 B.C. This is the basic Arthasastra. The translation of Arthasastra was made in English by Prof. R.P. Kangale and several other writers. Its Hindi translation was made in 1926, by the late literary giant G.D. Tamaskar. Its Marathi translations were made by Shri H.A. Bhave and Mr. and Mrs. Hardas. I abundantly relayed their version in my book.

I have made my own observations about the political situation vis-a-vis the state and its administration in India from the Vedic period to date, as also the condition of the subjects; for, I feel that though the Arthasastra was expounded in about 330 B.C. by Kautilya, it is still relevant and capable to arrest the rapidly worsening condition of people on account of their depleted moral values, inter alia, mal- governance, mal- administration, and all pervading corruption, both in the administration and society. The means and measures suggested in it can thoroughly clean the auqean stable prevalent these days.

The waning regard of Kautilyan Arthasastra by many of the Indian elites is most probably ascribed to the impact on them of the European hegemony of Political Philosophy propounded by Plato, Aristotle, Machiavelli, Bismarck, Hobbes, Engel, Marx and others in the wake of democratic set up of governance. This ingratitude of our people towards such a great patriot and a distinguished philosopher and author is something unpalatable and that actuated me to write the present book. 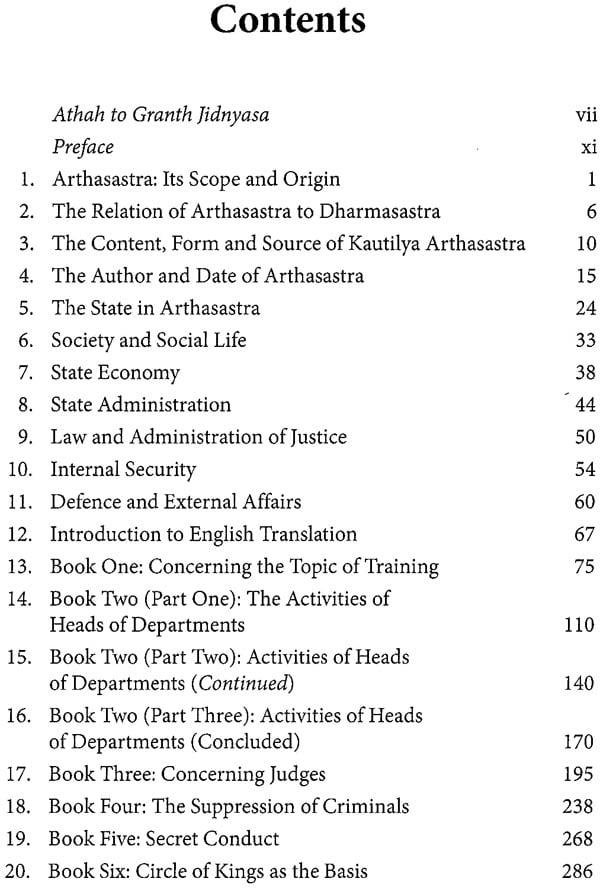 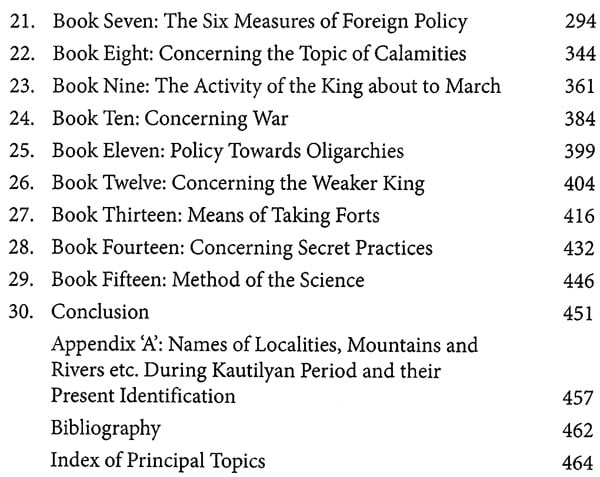 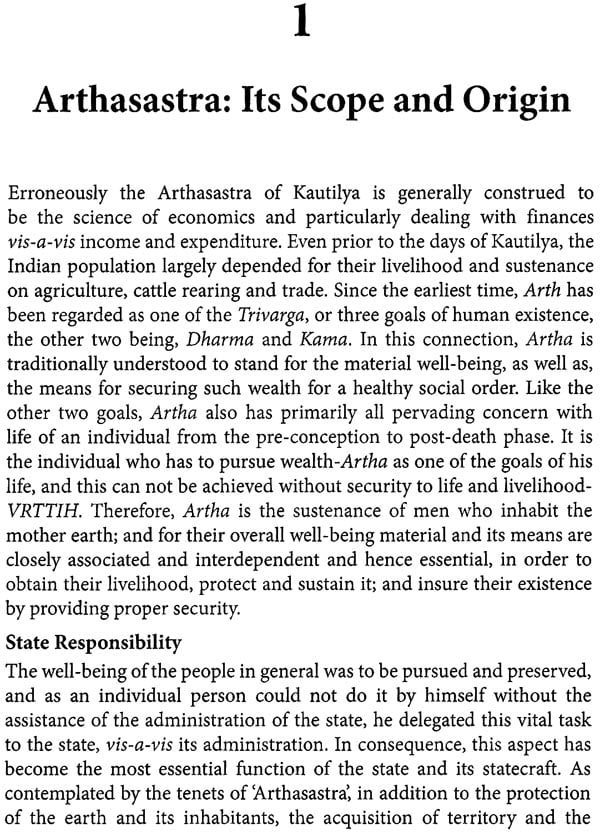 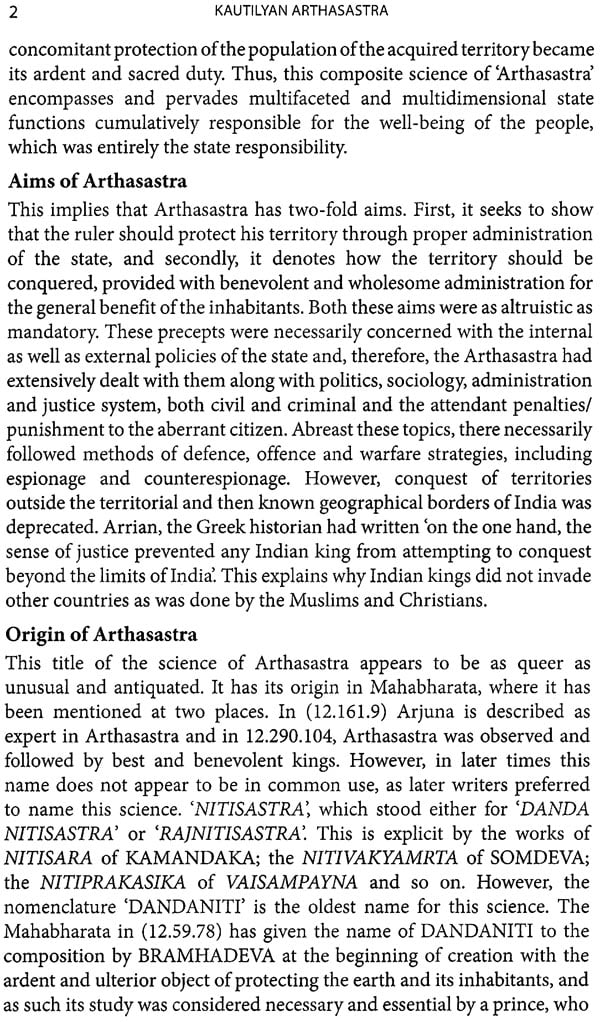 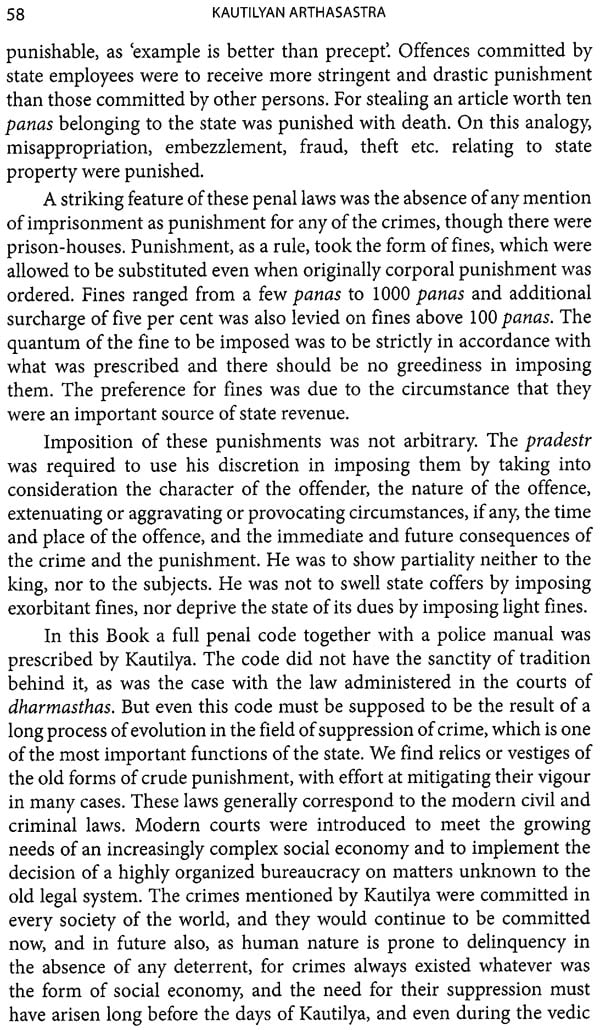 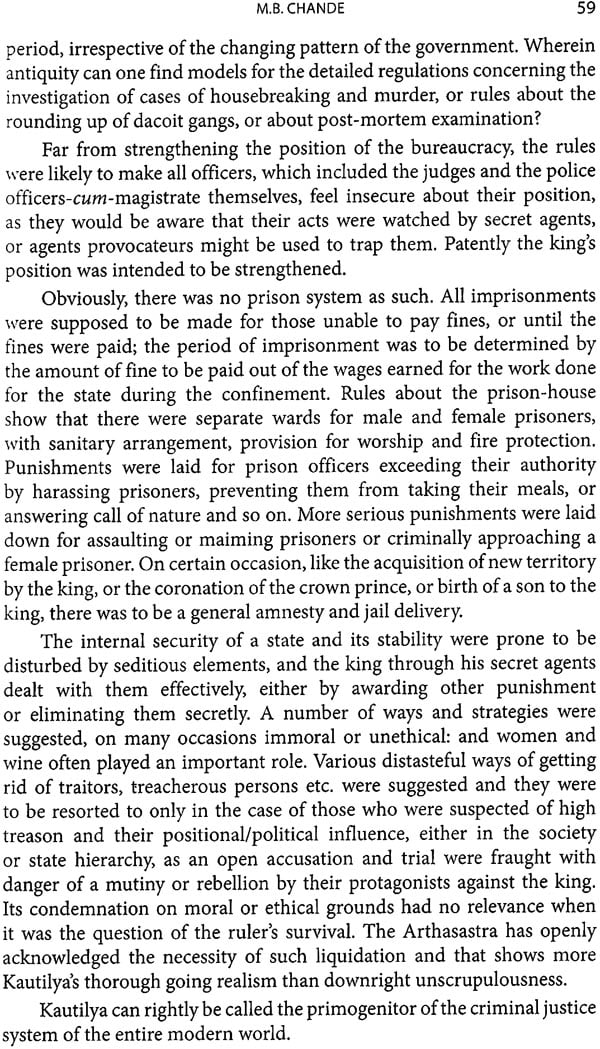 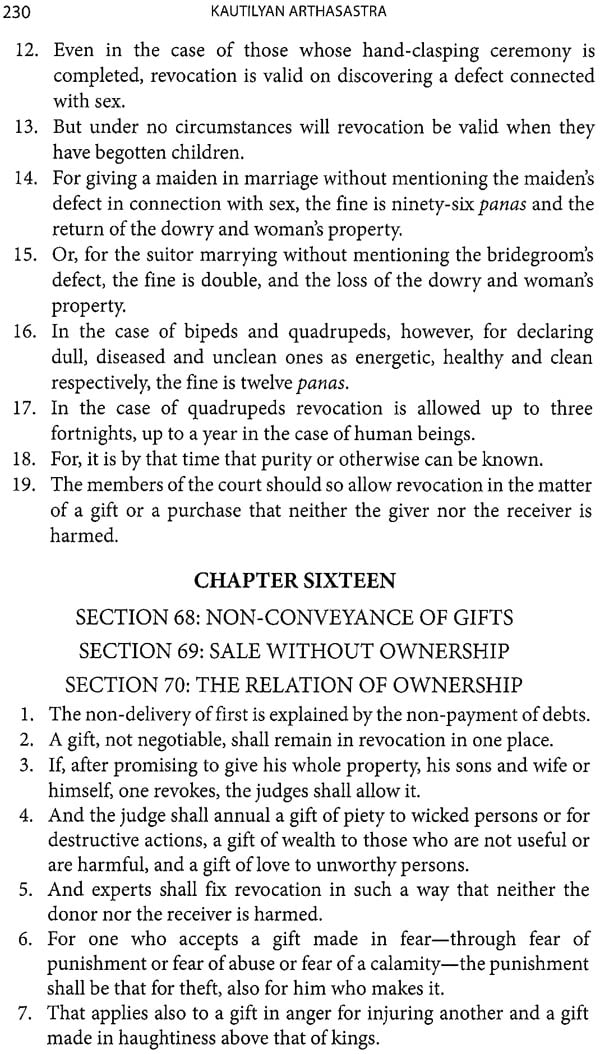 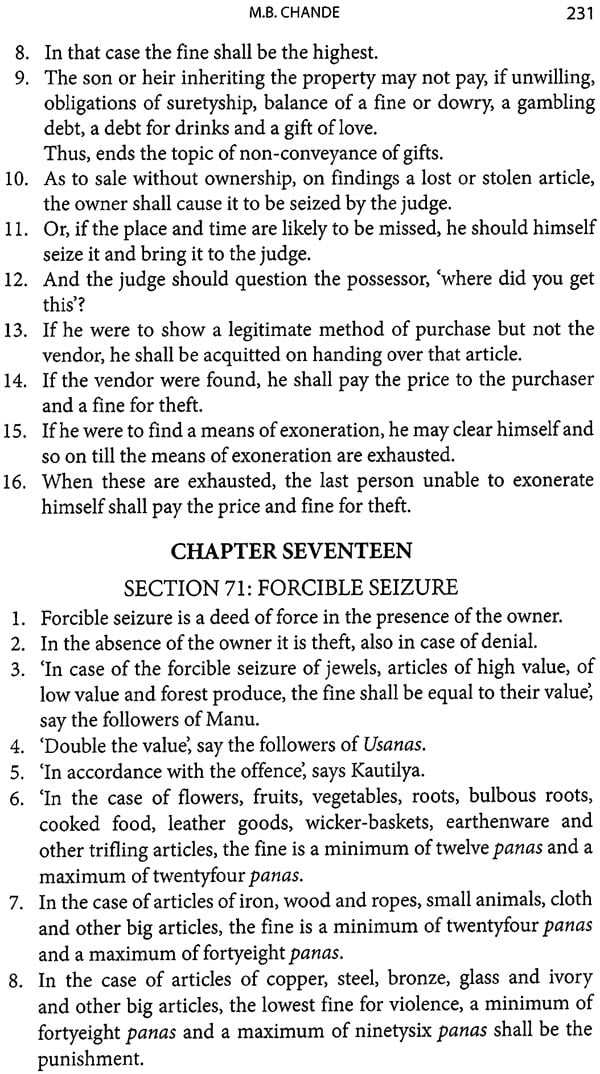 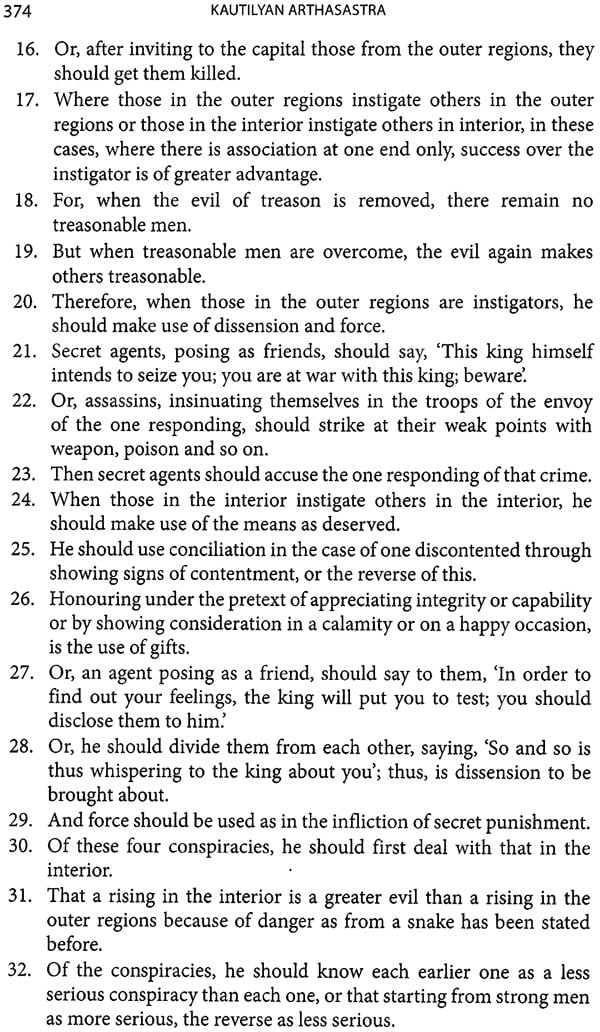 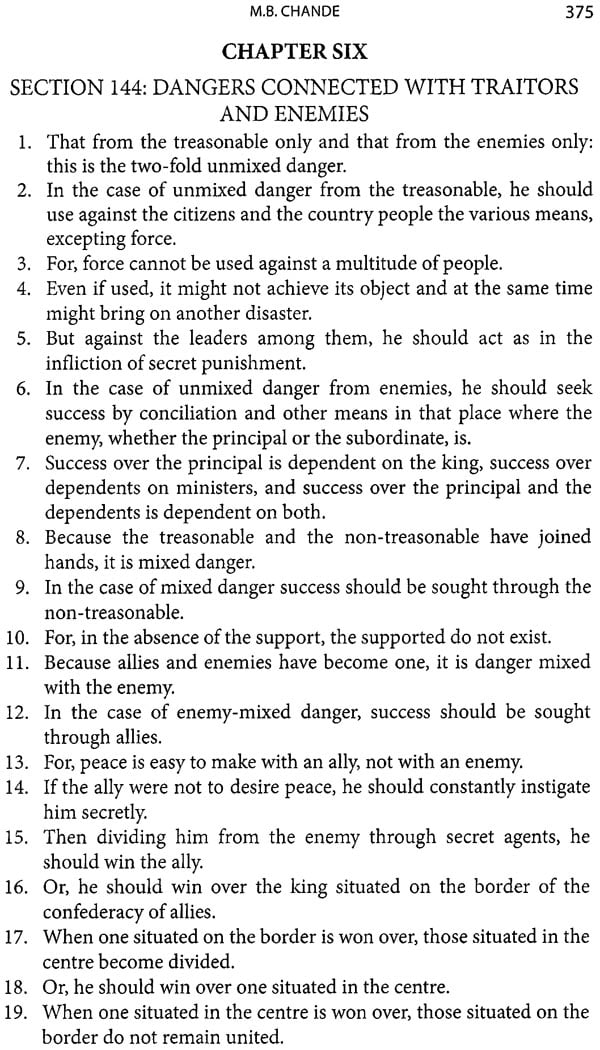 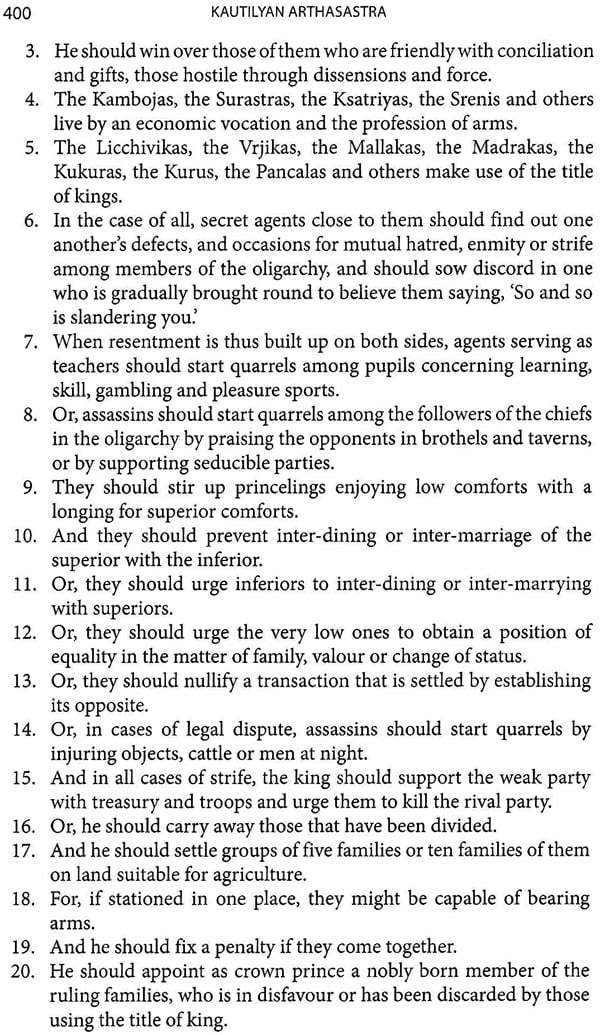 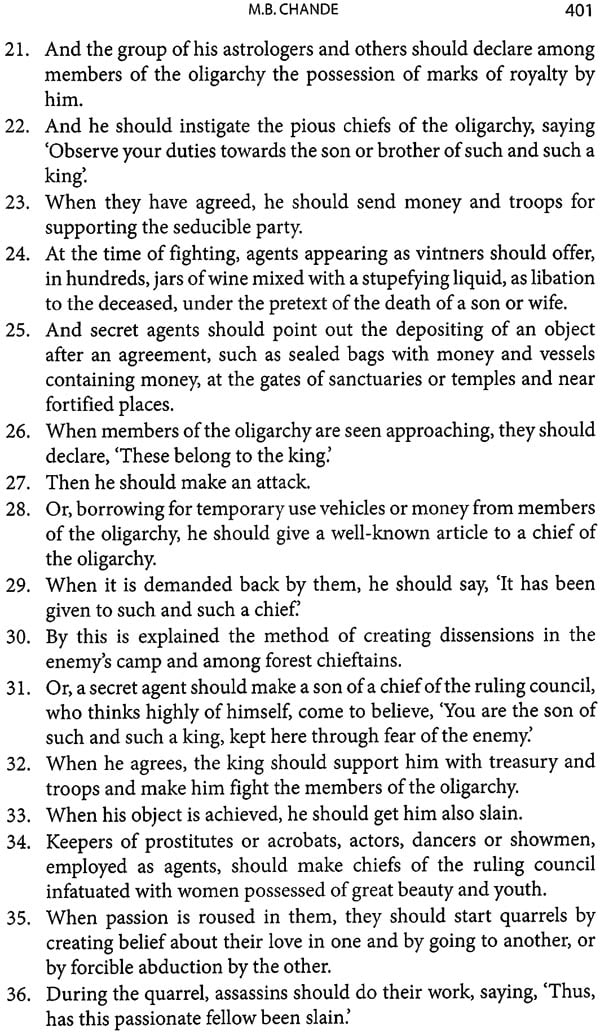 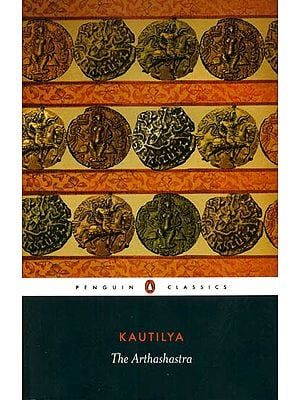 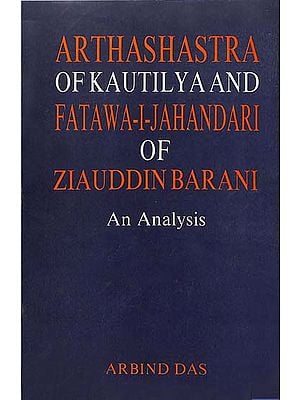 Arthashastra of Kautilya and Fatawa-I-Jahandari of Ziauddin Barani (An Analysis)
By Arbind Das
$24.80
FREE Delivery
$31  (20% off) 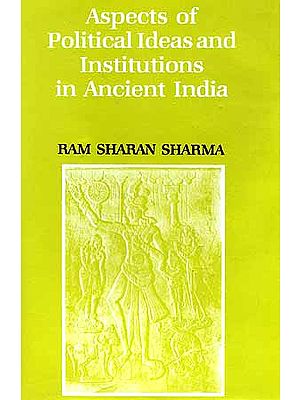