The writer feels that he must tender an apology to the public for launching another book on Astrology, especially at a time, when it is being decried in and out of season by so many great and small. It is a Divine Science for the help of mankind. It is a component part of the Vedas and they will not be complete if it is removed. This science was originally meant, probably to help a man improve his soul, and as days advanced, its outlook was made greater. It is the writer's belief that a study of this Science is very helpful to every individual, in that it shows his limitations, defects, etc. If he tries to profit by its advice, he certainly will be a better person, more contented and peaceful. He will not run after a mirage. Every man cannot achieve the same greatness. There can be no further rise after a certain height and then the fall commences. Every man must try to keep the height he has moved to and not begin to climb down. He must know when to get out. Many ambitious people did rise and after a certain height, they fell — ignominiously too. The purpose of this Science is to warn one of that.

We always talk of the Lagna as the most important house in any horoscope, but what exactly does the word "Lagna" mean? In Sanskrit, the term "Lagna" is derived from the root 'Lag' meaning to meet. Then the question will arise what has met what? The general conception is that a particular individual was born at the time when the Heaven and Earth was not were meeting together on what is known as the horizon in the east. The Zodiac is a stationary affair. The Earth owing to its revolution not only of itself but also around the Sun, is obliged to face a certain portion of the Zodiac every day at a certain time, and hence it is understood that the individual was born just at the time when a certain particular portion of the Zodiac was being faced by the place concerned on the Earth, and that sign is called the Lagna.

Coming to the Horizon, the horizon itself is an imaginary point, for the Earth and the Sky never meet. It is just as much as saying that two parallel lines are me- ing. For the purpose of argument, they are said to meet at infinity, a thing about which we speak but which we k ow not. Therefore, there must have been two things to meet; otherwise there cannot be a meeting ace. If in t • - Lagna, two things have met, then the question what has met what? To this, an explanation is necessary. It may be argued thus: Something can never become nothing. Nothing will never become something. Therefore, something will always remain something and nothing will always remain nothing. Hence we can decide without controversy on the subject that there has been something in existence all through and THAT will continue to exist all through and there was no time when THAT ceased to exist. THAT something may be called infinity or knowledge or God, or Nature, or by any other name a man chooses, though the substance itself never ceased to exist. The question may be argued if everything is THAT, then why this great diversity that we see?

Scientists have been able to discover that the basic substances in all metals are same and that the difference in the metals is due to difference in composition and arrangement which has caused all the difference between tin, lead, gold, silver etc. Therefore, we can again say that this something is in existence. This something has the capacity to multiply itself, to divide itself, annihilate itself, in short anything it chooses to do, the why and wherefore of it are beyond human thought, question or enquiry. This infinity or light is all pervading and everything in the world is a part and parcel of that infinity and that infinity can manifest itself in any form or shop-. Now this infinity decides to throw a speck and THA , when it is thrown out of that infinity, is - a Grated and as to meet with that which is not THAT. We sha say then, it has been thrown out of the light it meets something. It meets what? A darkness, because it is not that. But then the question will arise where can darkness be when our premises was that everything is light. But the darkness also is a portion of that infinity or light.

If the birth chart is correctly cast prognostication of an event can be correctly made. The correctness of the chart can be tested though the prognosticated time of the happening of good and happy event, such as marriage, service, progeny, financial success etc. In this matter, method of Dasha system may help. But there are many Dasha systems and picking up a particular one suited for the purpose and working out the time of the event from it is a very difficult task. However, in the matter of finding an exact time of happening of good event SADHU-PADDHATI may be of help. This Paddhati is an astro-mathematical process. The working of the process is shown here. Birth charts of two natives, one male and one female, are given along with specific purpose charts,(marriage) prepared on the basis of the birth charts, cast on correct birth times. 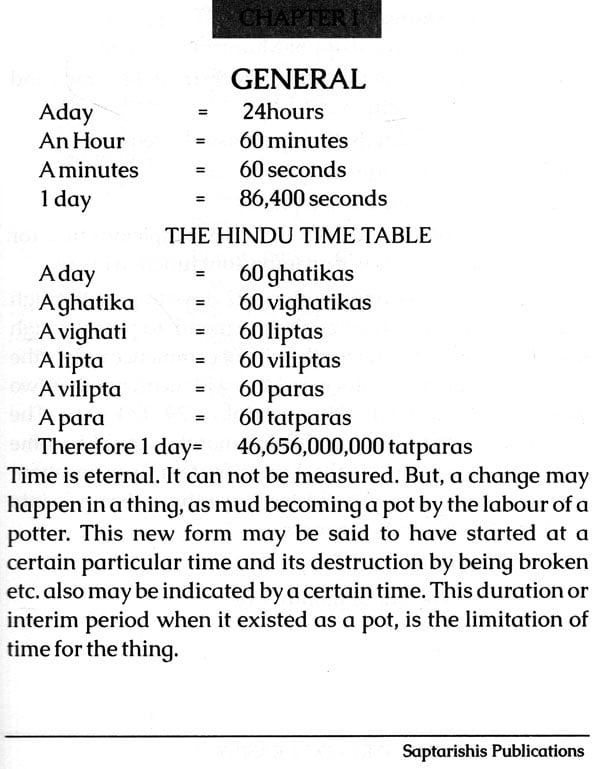 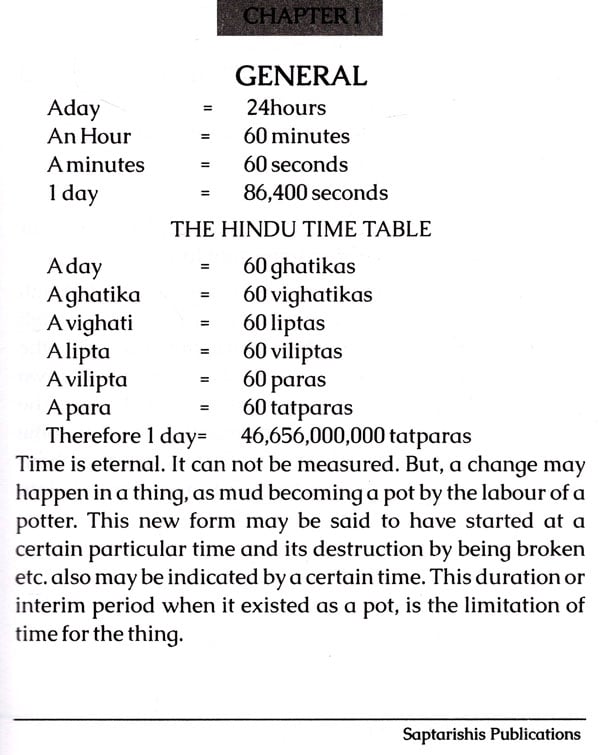 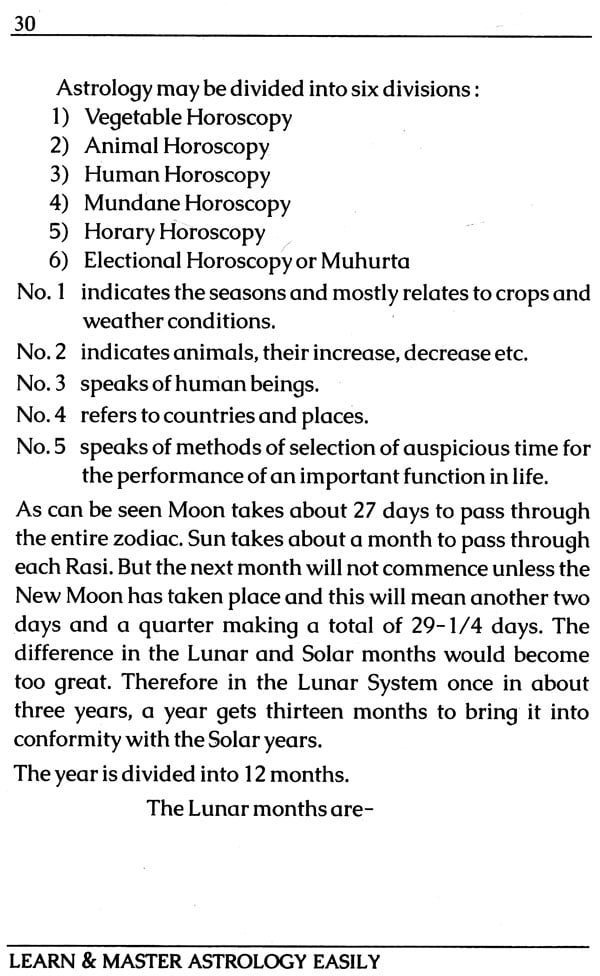 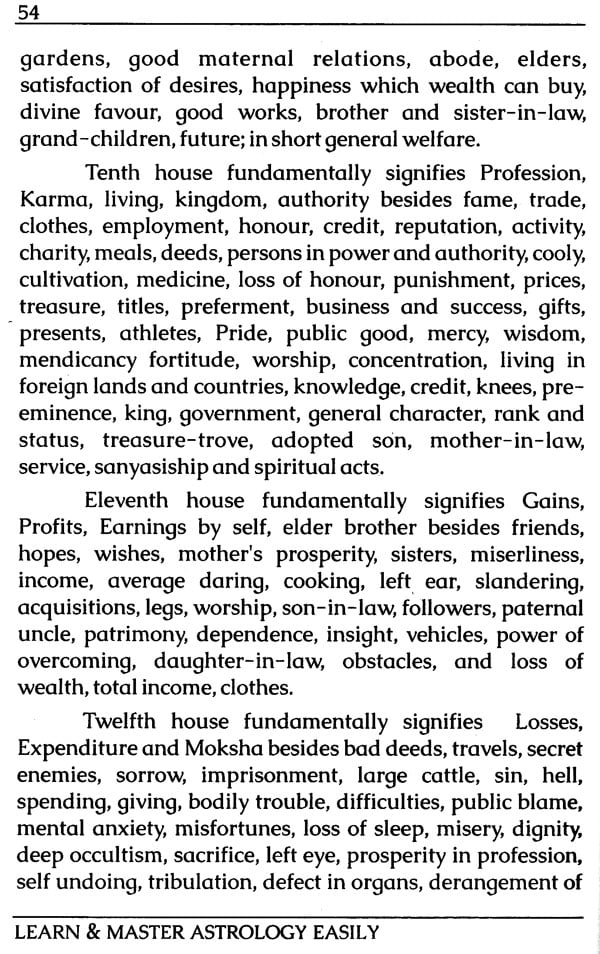 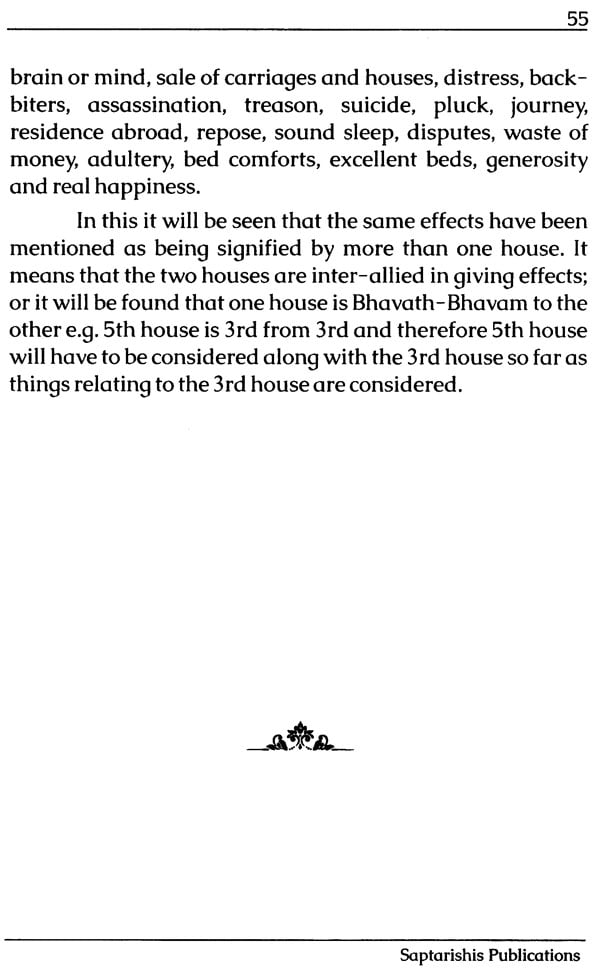 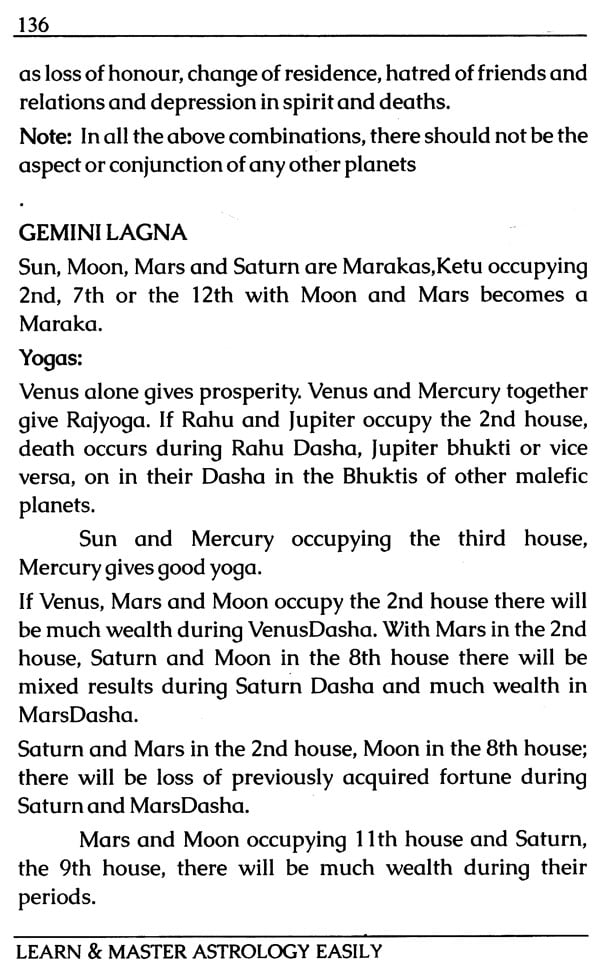 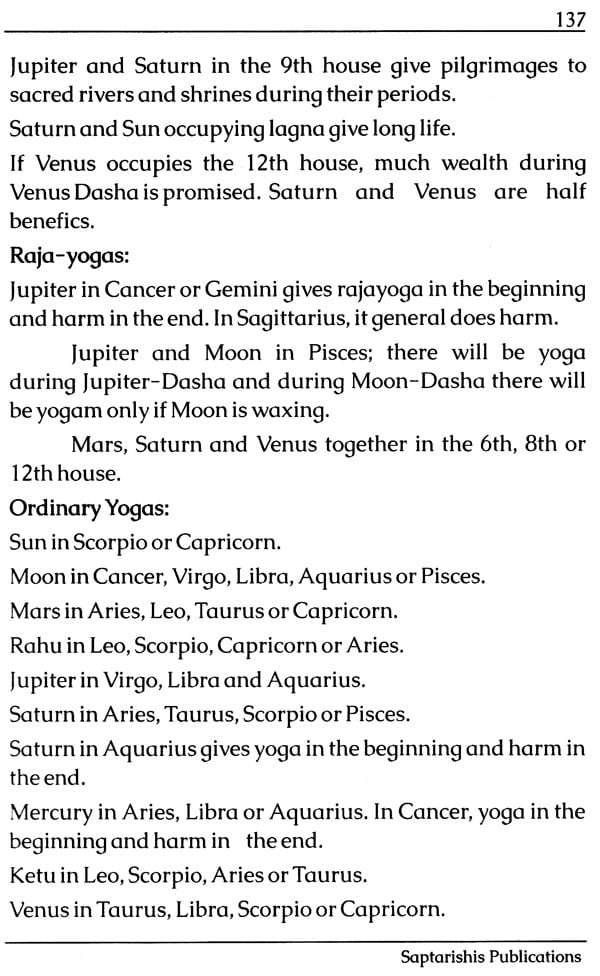 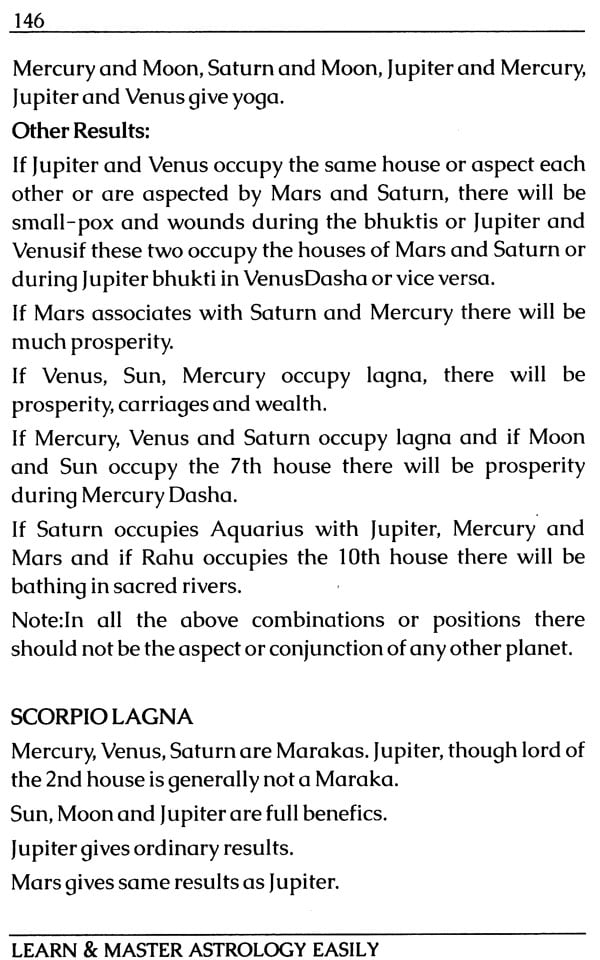 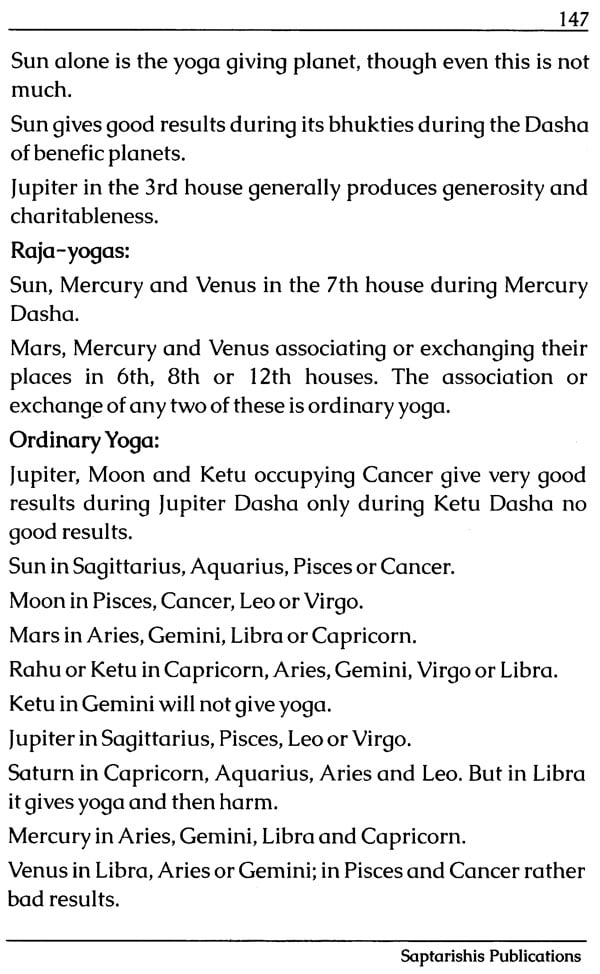 The Secrets of Baskara Astrology- A New Concepts on Basics in The History of Astrology (Set of 3 Volumes)
Publisher Thilak Astro Books, Madurai
$100
FREE Delivery Astrology - Easy to Learn (Astrological Book - All in One)
By Dr. Bhuwan Mohan
$22
FREE Delivery Dictionary of Astrology (A Unique and Distinguished Attempt to Know Terminology of Astrology)
By J. N. Bhasin
$16