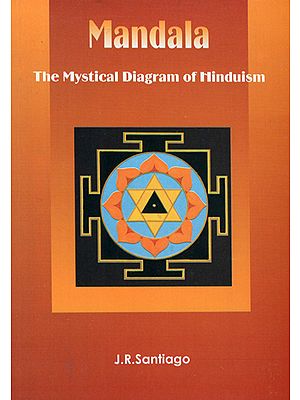 Mandala- The Mystical Diagram of Hinduism

On a journey we come upon innumerable objects. They hold our attention briefly: there is only a casual curiosity, a perfunctory glance, and we move on.

It is only when something unattractive, unfamiliar, but enigmatic and interesting that we decelerate, take a closer look and try to understand it. Often there is no frame of reference to relate to it. There is only that intrinsic enigmatic quality that claims our interest.

A mandala is a work of art that belongs to this category of things encountered in the subcontinent of India. It is o strange artwork, but no doubt significant with symbols all over it and with a deity in the center. The real mandala is nondescript: it is just a simple diagram with geometrical patterns, which appears more like the drawing of a child.

In an art gallery or bookstore it must have some meaning, otherwise it would not be there.

It is called a mandala.

It is an object of ritual worship.

As an object of art a mandala is comprehensible as an artifact of worship, but a diagram? There is only perplexity, for it is unusual for a diagram to be worshipped.

In the development of religious culture in India, as in any other culture in the world, new tools or techniques, invented or discovered, have evolved to serve as metaphors for metaphysical concepts - symbols with hidden spiritual significance. How they developed is lost in the mist of time.

A mandala is a symbol mode up of a complex of other symbols, metaphysical in concepts, therefore abstract, incomprehensible and intriguing. You are really on the threshold of an amazing discovery.

If curiosity takes the better port of you, you will find it, if not incredible or enigmatic, at least something new. It is very simple on the surface, but unintelligible. When comprehension downs, however, it will speak volumes.

It will unexpectedly open up o vista of a vast panorama of the entire phenomenal universe. And involved in it are philosophy and science, even precision technology, and also psychology, and nearly all the related subjects in human existence and experience.

The mandala is not just an ordinary artifact of ritual worship, but certainly an extraordinary one, for worship requires extraordinary knowledge and control of the mind. It presents one of the profoundest aspects of Hinduism that is less known. It offers a new view of an entirely different human experience.

As in any form of worship it is the mind that links up with the Absolute, but on a mandala, for the worshipper's consciousness to tread the spiritual path to the ultimate, requires knowledge and precision. It is an aspect of Tantrism, and fundamentally connotes maithuna (coitus) which terminates in bliss - yoga.

It is mystical. The whole concept from its origin to its evolution is shrouded in mysticism that it raises more questions than answers on how this kind of knowledge has been acquired, but it is not within the scope of this brief exegesis on the mandalo to discourse on the question.

This introductory work is simply to present a broad overview on what it purports to be: its concept of worship and what this form of worship entails in its totality. It is astonishingly vast in its ramifications.

Efforts have been made to present a simplified text on the whole complex Form of worship to make it intelligible. Attempt has also been made to trace its origin and development. It has an elevated and sophisticated concept of worship for there is no appeal or pleading for material favor or physical security. It is a highly advanced form of worship.

The mandala's main component is the triangle. It is a basic figure in geometry, and hence, seems so modern, but really very old. Even Neolithic!

Indio - the subcontinent - has always been regarded as a 'bewildering enigma', a land of wonder and mystery that has deepened as it seemed to unfold. It continued to present an alien facade. It is indeed unique, unlike any other land in the whole world.

Life is lived close to nature, and it appears unorganized and therefore chaotic; but in its chaos there seems to be an undercurrent of order. It is the religious culture - the spiritual heritage - which makes up the underpinning of the whole superstructure of the Indian civilization. It has a highly philosophical culture, yet with the worship of nature still to some degree primitive. The ancient tribal creed has never relinquished its hold on its past, which reflects its continuous existence through the ages, from its evolution to the present.

It is this religious heritage which has made India a mysterious land, incomprehensible and unintelligible. The problem lies in the historical development of the creed of India, which has its origin in tribal folk cults, which were non-Aryan, non.Vedic, even non-Hindu, and therefore fundamentally indigenous.

It is this autochthonous tradition which continues to be the dominant influence in India's religious and social life. And to understand India is through her religious and spiritual heritage. This is the main key to the comprehension of its experiential and conceptual premises.

Its only intelligible cultural aspect is the Sanskrit link with the European language. This link provided the interest, which led to the investigation and analysis of the civilization and cultural aspects of Hinduism.

Interest in Indology deepened as translations of India's epics - of its vast literature - were made. Her myths and philosophies have been analyzed, along with the historical influences and traditional impacts on the evolution of her culture and civilization. In particular there was curiosity which inspired an in-depth study and analysis of India's creedal beliefs and rituals that proved amazingly to contain the essence of truth which inspired those on spiritual quest.

The scholars efforts hove opened up on entirely new system of thought and experience, which for a long time remained rather incomprehensible to the rest of the world. They were successful in their endeavor and they have rendered attractive what was once objectionable, and engrossing what formerly was unacceptable. And this brought about an appreciation of another way of contemplating truth.

At first they naturally focussed on the Vedic heritage, but further investigations brought their academic research beyond the Aryan Age to the tribal folk cults - the origin of the spiritual life of India. Anthropologists succeeded in discovering authentic conceptual roots of Hinduism beyond the Vedic Age. Thus Hinduism has emerged o synthesis of the indigenous and the Vedic traditions. It is syncretistic in its evolution and development.

The folk cults hove had heterodox tradition: new creeds or cult beliefs were superimposed upon the old ones, and with its eclecticism it became syncretistic. Their religious experience made them develop on inner inalienable reality: it made them perceive the Divine not as an abstraction but as a living experience.

This tribal perception of the Divine never faded away. The Divine remained the primary refuge, the essential dispenser of consolation, of hope and guidance: the arcane force animating and imbuing every stone and tree, every particle in nature with meaning. And to this day they continue to experience the Divine in terms of their primordial heritage.

The realities of daily existence and worship continue largely defined by non-Aryan, non-Vedic heritage, and therefore shrouded with the essence of the primitive, the arcane and the mysterious.

Now Hinduism presents incredible expanses of the mind hitherto uncharted by the rest of the world. And on the whole it is largely made up of creedal concepts and perceptions that is vast, varied and diverse. It is 'a nightmare vastness' unfolding in even more alarming varieties. This reflects a constant continuing interaction between man and his universe - the mysterious power beyond himself, the evolving or evolved vision of the Divine.

Religion is a basic human need and human spiritual experience is very precious. It is not merely to know the universe or the Divine but to understand and know himself that man developed his form of worship. This is fundamental in India's creed. Life bares human nature and reveals the stark reality of the human condition. The purpose was to unravel the mystery of human existence.

For this reason they take spiritual life quite seriously.

In worship or meditation they must have experienced the Ineffable in another dimension. The transition from pleading or beseeching the Almighty for material favor to the personal effort for liberation from the misery of this life must have token a long time. It is on elevated aspiration, self-denying, and even renouncing the world just to attain salvation from the perplexing misery in life.

The Indologists have succeeded indeed in opening India to the world through her spiritual heritage, but really not all the way yet, but only so far, for truly there is still a great deal to discover to fully understand India. The principal spiritual concepts of India are already known, but even in this introductory exegesis it is surprising what new concepts could still be discovered.

And the mondala is one of them.

Let us hope it is the last - the lost frontier.

Even then it is one of those 'nightmare vastness' that is mind blowing and therefore mind-expanding.

The reference material on which this introductory work on the mandala is based has been generally taken from original manuscripts, and thus also mostly researched. They do not consist of the original experience or discovery of authors, whose works therefore differ on several aspects of the study of the mandala.

Even the original authors who wrote on the subject in Sanskrit more or less appear to hove divergent views.

In its original form there must have been only one discipline or philosophy, but in its evolution new thoughts or philosophies must have sprung up, and further disciplines on the subject developed. It is not the purpose of this short work to go over the different schools of thought, but to introduce the mandala as an object of ritual worship. It is mainly to present a broad overview of the subject with sufficient details to make its significance clear.

The most important and indispensable is the basic motif of the mandate, worship, presented for a comprehensive view of its fundamental concepts. 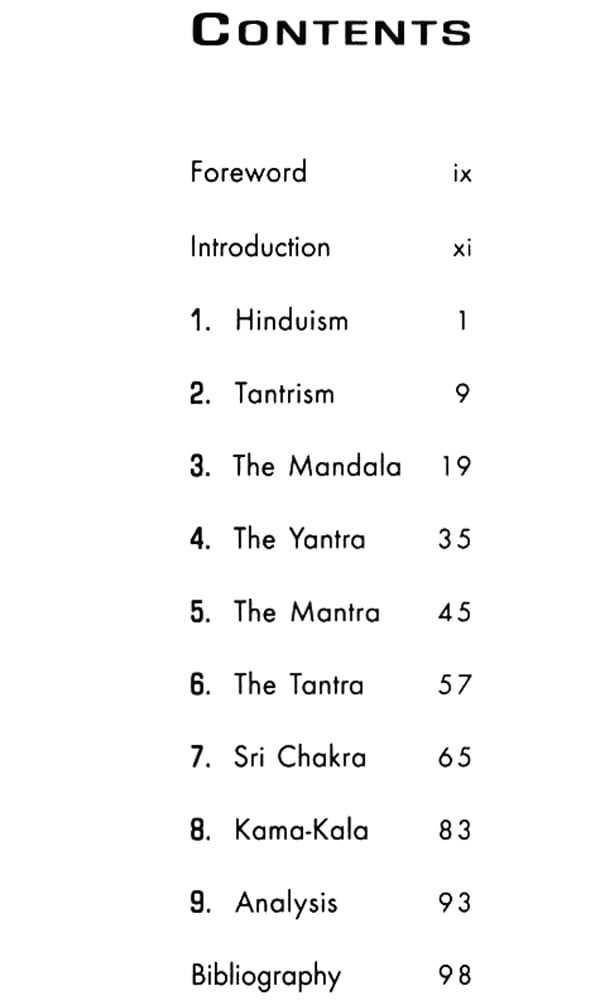 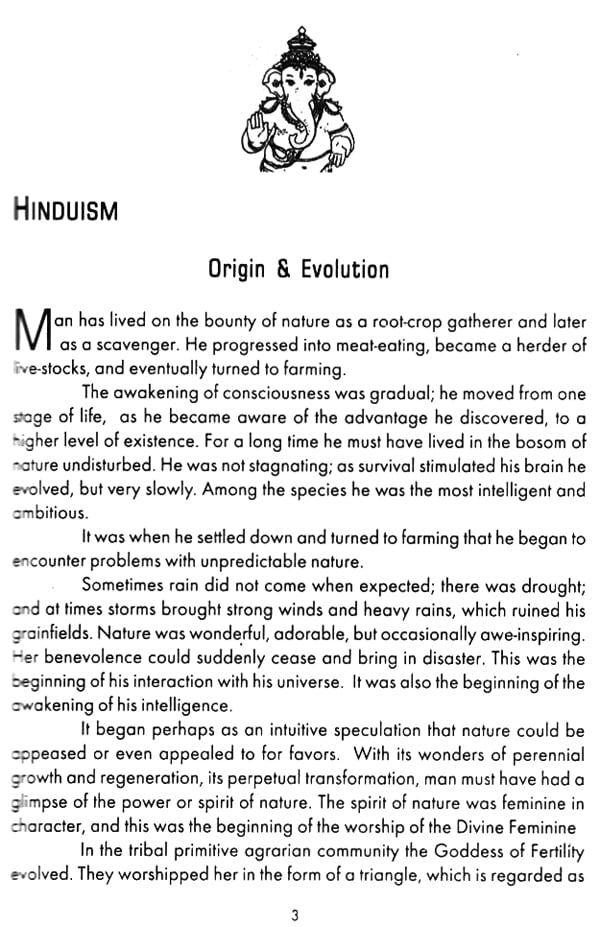 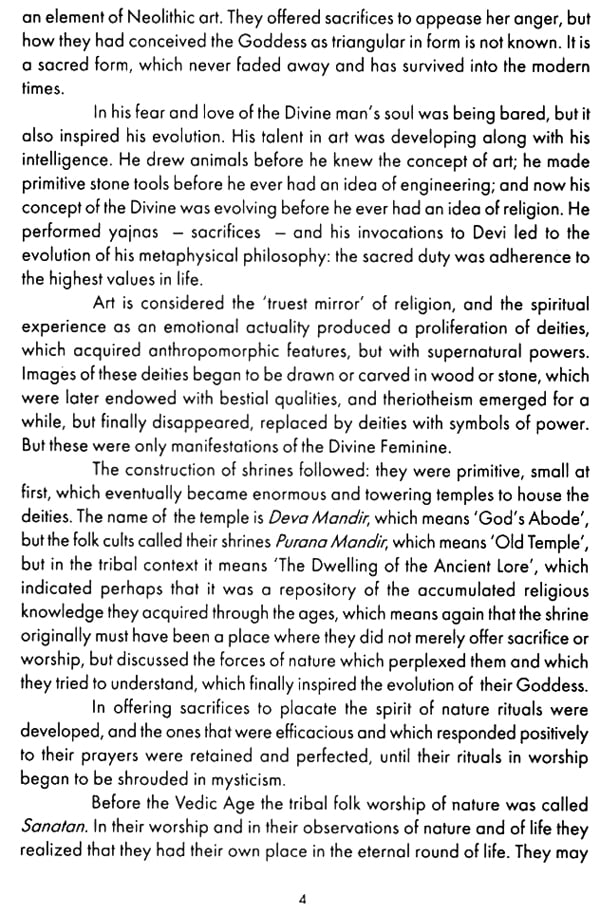 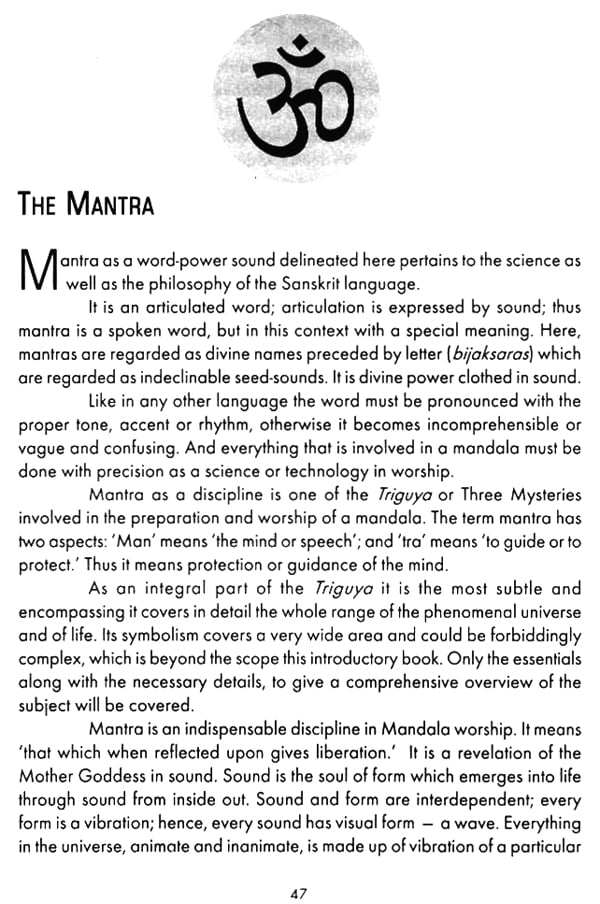 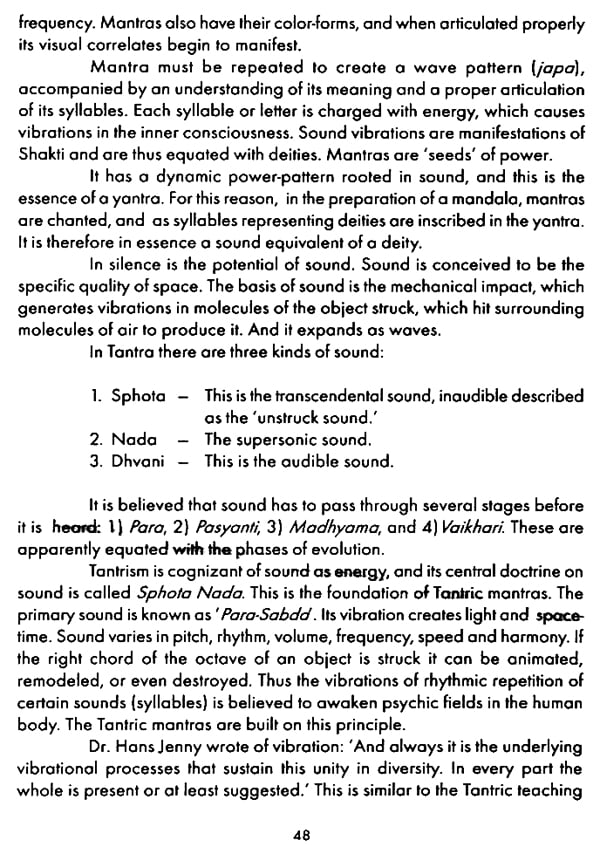 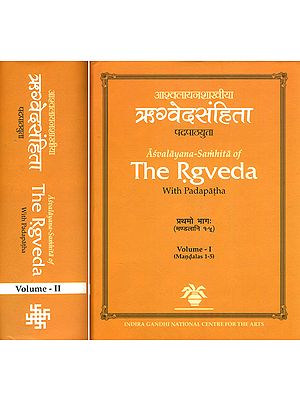 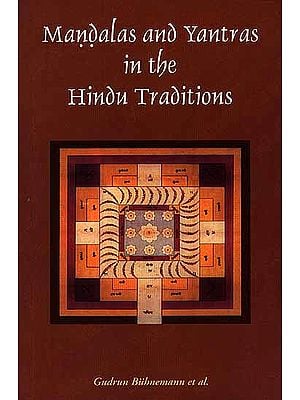 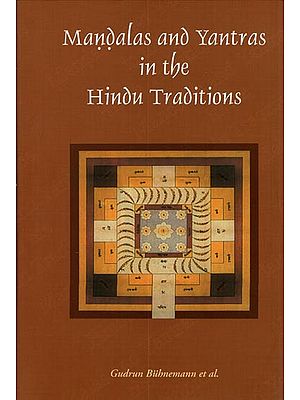 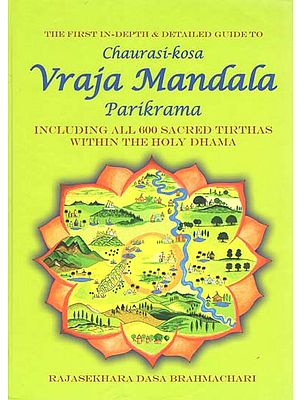 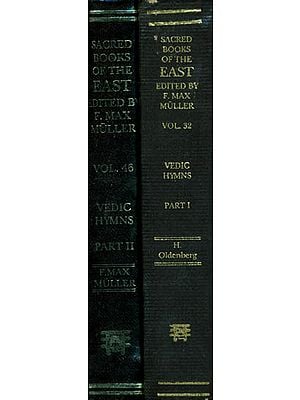 Linguistic Study of The Seventh Mandala of The RGVEDA
By DR. SHARDA CHATURVEDI
$48.30
FREE Delivery
$69  (30% off) 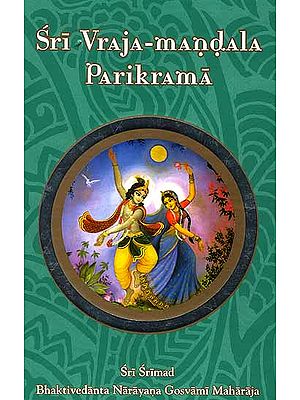 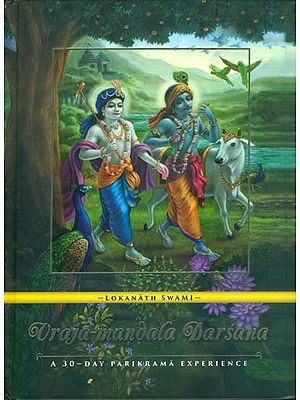